Catching up on yesterdays news, the Buffalo Sabres have signed Matt Ellis to a two year contract. Â Ellis will likely be the captain of the Rochester Americans and provide the leadership on the team, like he did with the Portland Pirates. Â The first year of the deal is two ways in 2011/2012 and a one way contract in 2012/2013. Â No word on the dollar amount right now.

Darcy Regier had said recently that the door was open for Ellis to return and it’s great to see they were able to agree on a deal. Â Up until this point Ellis was likely testing the waters out there to see if he could land a better NHL only deal.

Here’s his career stats per hockeydb.com: 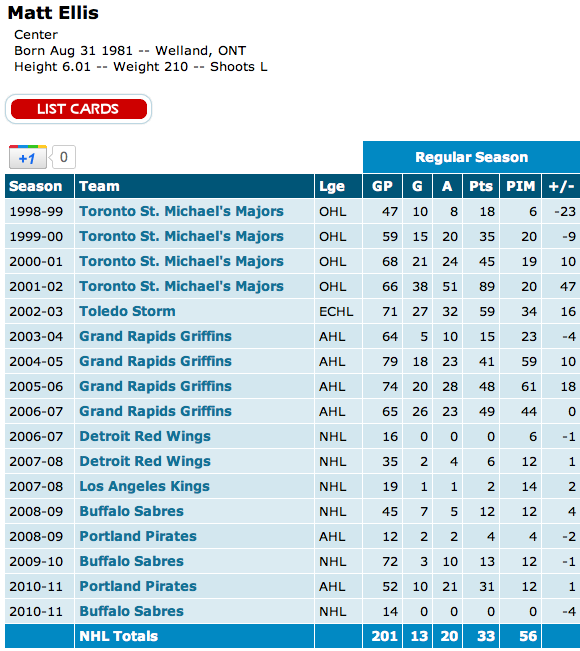