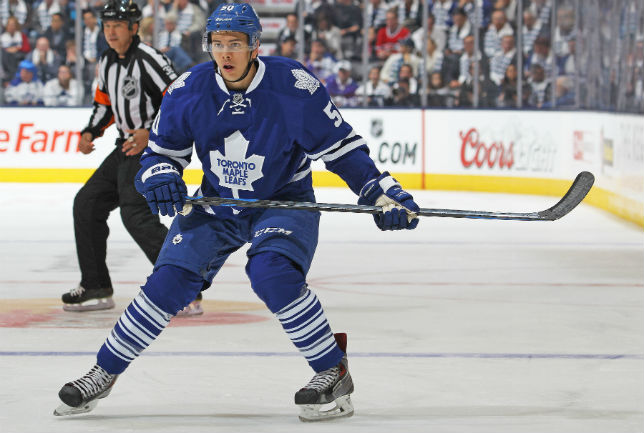 Percy was drafted 25th by the Toronto Maple Leafs in 2011 and has spent majority of his time with the Toronto Marlies before playing for Wilkes-Barre/Scranton Penguins last season. He ended his season early last year with the Penguins when he opted for surgery to fix an upper body injury.

Percy will be a familiar face in the locker room. In his time with the Marlies he worked with Gord Dineen as an assistance coach. Last season with the Penguins he worked with Chris Taylor who was an assistant there. In a 20 questions video below with the Toronto Marlies from 2016 he also mentioned that current Amerks defenseman Andrew MacWilliam is a friend.

Percy joins Guhle, Fedun,Â MacWilliam, Nelson, Goers, Redmond, and Allen on the blue line. Depth at the blue line should encourage players to work hard to earn a spot in the lineup.