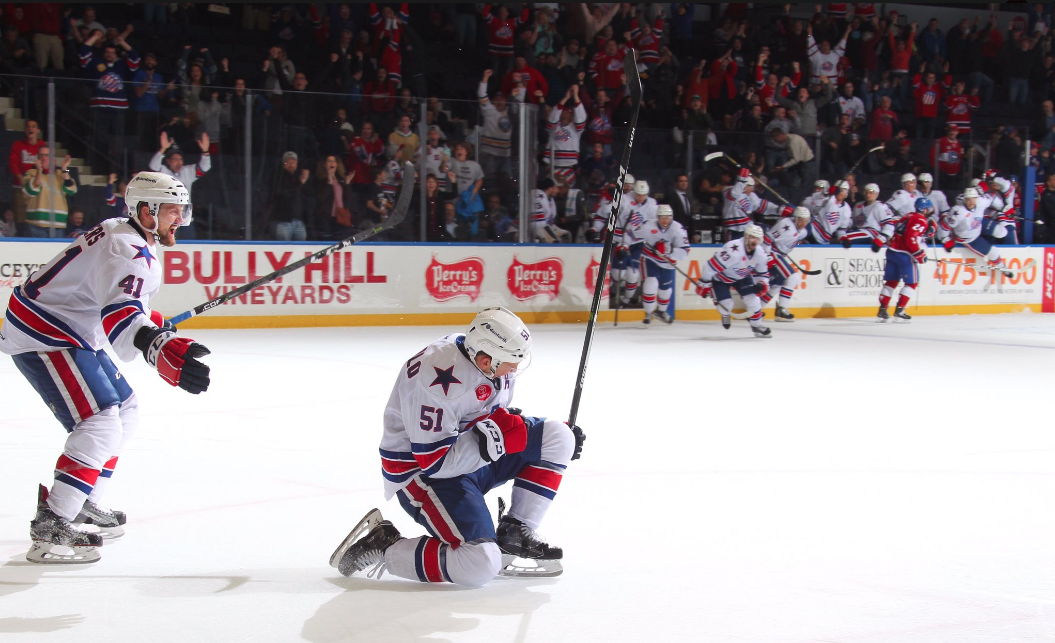 The game started out miserable and some season ticket holders told us that they left early (for valid reasons) but the Rochester Americans found a way to erase a three goal deficit and won the game 4-3 in overtime thanks to two late goals by Nick Baptiste in the third period and the overtime winner from Kyle Criscuolo.

Chris Taylor said, “It wasnâ€™t fun getting booâ€™d off coming into the 2nd period, itâ€™s never fun that way, not fun 6 games into the year that youâ€™re getting that. The guys knew that, we talked about it, we had to be much better and we did, we found a way.”

The “play the game” in the headline is part of the post game comments from Chris Taylor below.

Chris Taylor had the following quote after the morning skate on Friday, “How they respond at home, thatâ€™s going to tell the character of our hockey players right now.”

After the game Kyle Criscuolo commented, “Coach Taylor has a good pulse of the team. He knows when to bark at us and knows when to lay off.”

It’s might be a roller coaster season but right now they’re 4-3 and found a way to win back to back games. They’ll put this one behind them and take on the next game tonight vs the Syracuse Crunch.

Take a moment to listen to the post game comments: