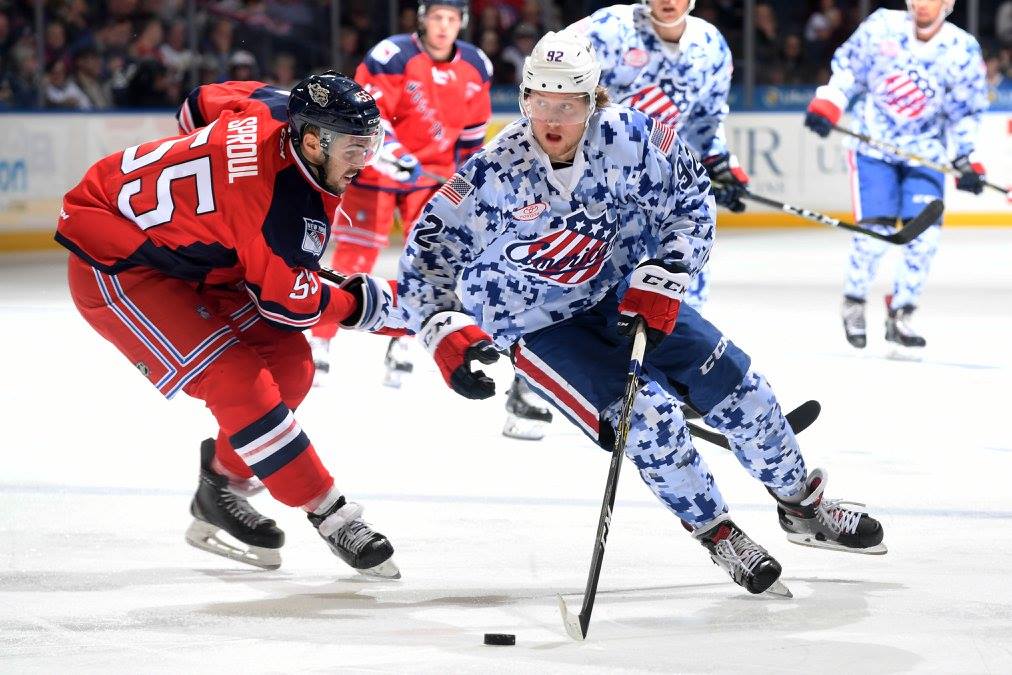 Another game, another win and two more points in the standings after the Amerks held off the Hartford Wolf Pack to win 4-2 on Friday night.

The Amerks had a 3-1 lead until the the Wolf Pack scored with 29 seconds left on the clock. Hudson Fasching scored on an empty net with four seconds left to make it a 4-2 game.

“I don’t think we played as hard as we wanted to and just have to regroup for tomorrow,” CJ Smith said. Adding on, “I think we just get away from what we did well there and we just kind of sit back a little too much. We just need to get pucks behind them and keep it simple.”

The won gave the Amerks points in nine out of their last 10 games. Seven wins, an overtime loss and a shootout loss.

Check out the game highlights:

Arvin Atwal jumped right in and stuck up for Nylander which earned Atwal a 5 minute penalty for fighting, 2 minute instigator and a game misconduct for an instigator penalty in the last five minutes of a game. That game misconduct also earned him an automatic one game suspension.

Catanacci served five for fighting and two minutes for boarding.

We’re pretty sure the team is ok with the actions and consequences.

After the game Nylander said,Â “When your teammates stand up for each other it’s huge. Thanks a lot for Atwal for doing that.”

Chris Taylor said,Â “I love that. I love the guys coming in and sticking up for teammates. That’s what it’s all about. We’re a family in there and no one hits one of our family members.”

Assuming Zach Redmond and Barry Goers are still out of the lineup this will open up a chance for Eric Knodel to step in and play his first game with the Amerks. If that happens he’ll be the 13th player on defense this season in 16 games played for the team. The 6’6″ defenseman has played 11 games with the Cyclones and for five goals and seven assists.

The team is on the road tonight to play the Binghamton Devils!