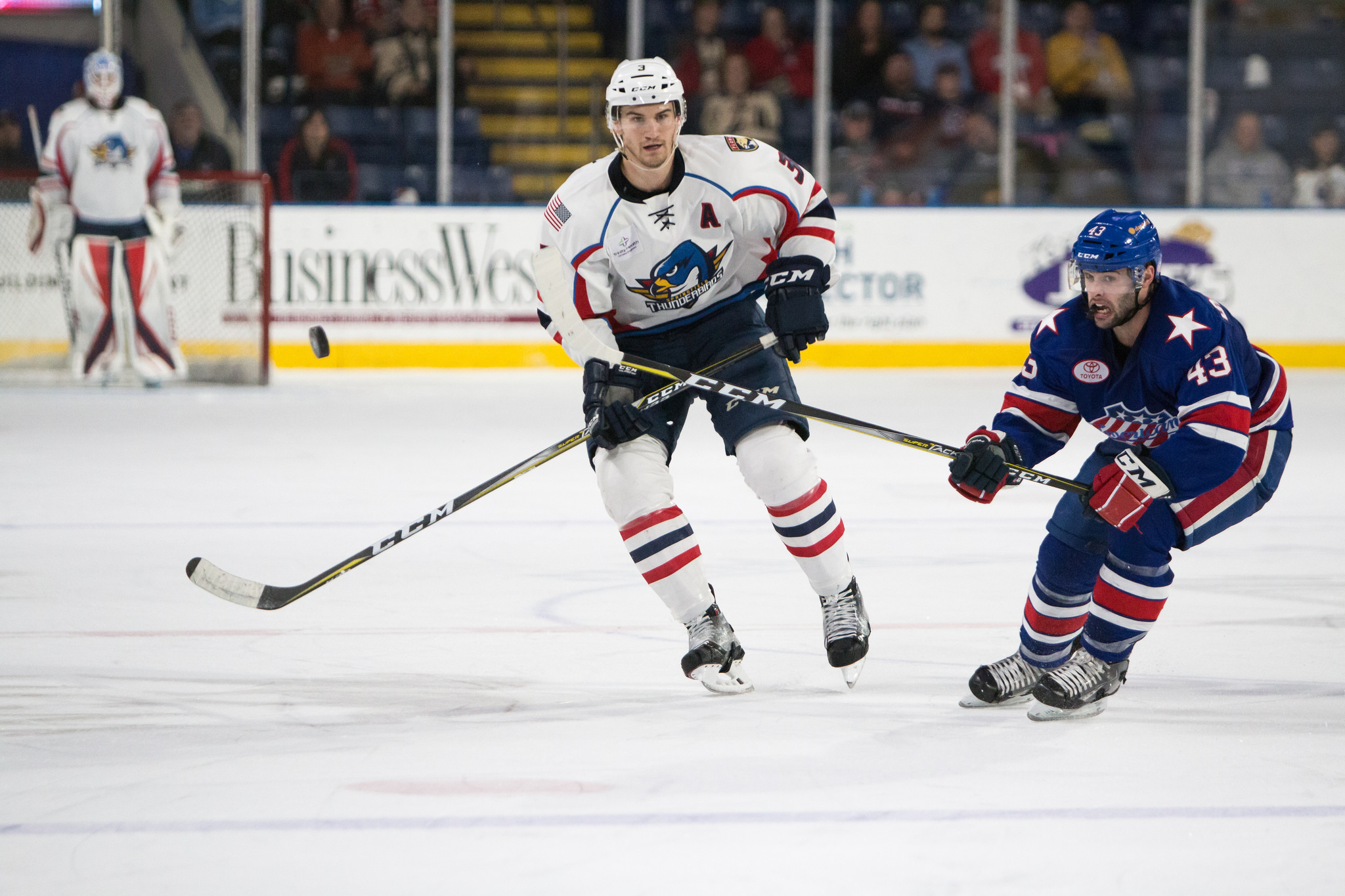 The Amerks continued their road success on Friday night defeating the Springfield Thunderbirds 2-1. Linus Ullmark got the win in net with 18 saves to extend the teams road record to 7-1-3-1.

Seth Griffith scored first at 7:15 with assists to Guhle and Nelson. The play was all Griffith though. He took a pass at center ice from Guhle but didn’t see a way to advance so he took it back to the top of the face off circles in front of Ullmark to setup a play. He gave the ice a look, took off the right side, chipped it off the boards entering the zone and sniped one short side top corner the net past Samuel Montembeault.

Quick clips from the Friday night win: Seth Griffith scored on a fast break to give the #Amerks a 1-0 lead. Recap: https://t.co/zgcC0ACSf1 pic.twitter.com/3e5ocQ6l7P

The Amerks lead 13-6 in shots in the first period and in a scoreless second period lead 13-7 in shots. Each team had two power play opportunities in the second as well.

With about 1.5 seconds left in the second period Linus Ullmark made a fantastic toe save.

Quick clips from the #Amerks Friday night win: Excellent toe save by @Icebeardude with 1.5 seconds left in the 2nd period! pic.twitter.com/ZUU2LIJ2nZ

Kyle Criscuolo scored in his first game back with the Amerks at 7:18 of the third. A couple of quick dekes and a backhand under the right pad to give the Amerks a 2-0 lead.

Quick clips from the #Amerks Friday night win: Kyle Criscuolo @_KC11_ put on the moves to give the #Amerks a 2-0 lead! Recap: https://t.co/zgcC0ACSf1 pic.twitter.com/6DO6xPxNnW

Just over four minutes later at 12:31 of the third the Thunderbirds made it a close 2-1 game off a goal by Maxime Fortunus. Ludwig Bystrom took a shot that looked like it was slightly redirected by a stick, off the cross bar and landed right at the feet of Fortunus.

Quick clips from the #Amerks Friday night win: The only goal scored against the #Amerks. Recap: https://t.co/zgcC0ACSf1 pic.twitter.com/cEPuF5p23W

Colin Blackwell drew a penalty with 45.2 seconds left in the game as Springfield had pulled their goalie. Jayce Hawryluk was called for interference as he tried to stop Blackwell who was pressuring the puck carrier.

Some terrific forechecking in the last 30 seconds of the game by Malone, Cornel and Ross and prevented any sort of attempt at a last minute rush by the Thunderbirds. The game ended with the Amerks leading the third period 11-6 in shots for a game total of 37-19.

The game was a team effort with everyone on the bench contributing in some way. There was continued offensive pressure throughout the entire game from every line.

One of two players that didn’t get a shot on the score sheet wasÂ Alexander Nylander but the sheet is deceiving as he contributed in line mate Nick Baptiste recording six shots throughout the game.

Two more games to go this weekend, Saturday vs Hartford and Sunday vs Bridgeport.