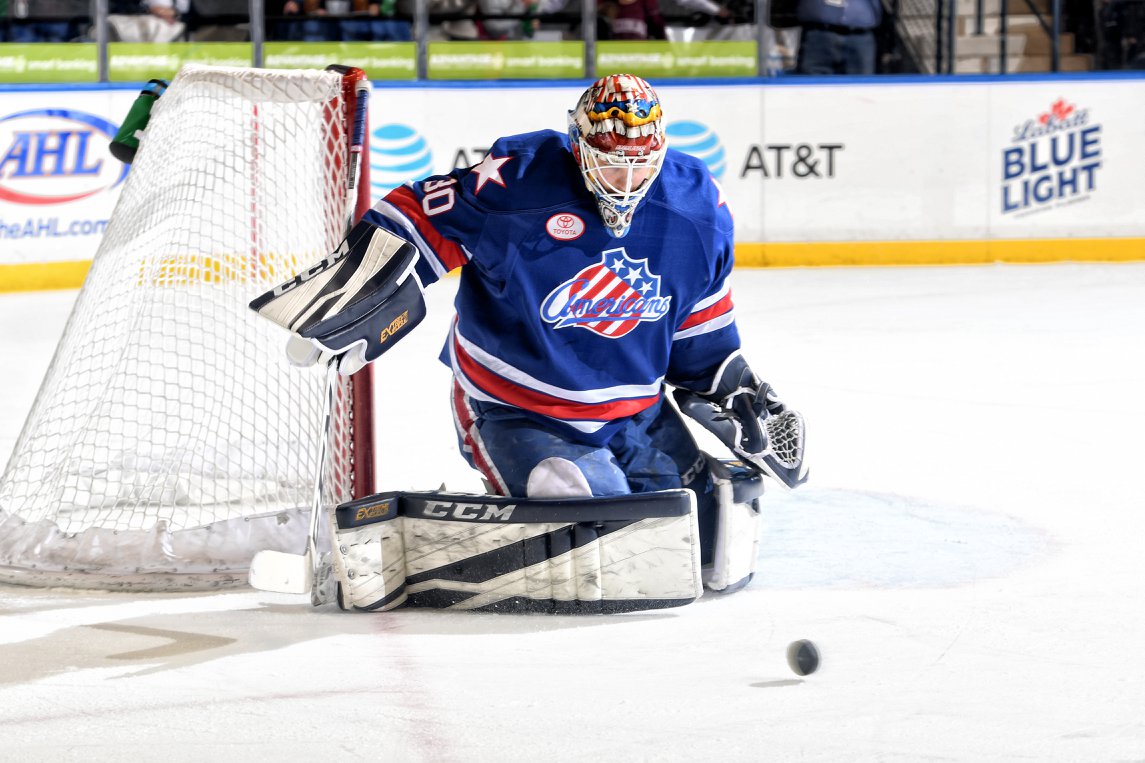 The Buffalo Sabres announced on Monday morning that Linus Ullmark has been called. Robin Lehner has a minor lower body injury and is considered day to day. Buffalo has an afternoon game today and an immediate need for a second goalie.

This is the second call up of the season for Ullmark, well technically third, the first call up was just for a practice.

Ullmark played in one game on January 11 for the Sabres earning the win stopping 44 of 45 shots faced. Since his return to Rochester his record isÂ 1-4-5 in 10 games. His record this season with the Amerks is 18-9-8. Subtract some numbers and you can see the team has struggled since he came back.

Housley on Lehner: “It’s just one of those things that’s built up and he’s taking a day off today. It’s just a day-to-day thing but we thought it was important he should rest for today.” #Sabres

Those numbers are misleading though as the team as a whole hasn’t been playing the best hockey.

As quick as he was called up he was immediately reassigned to the Amerks at the conclusion of the Sabres game.

The other update is that Adam Krause was put on the injured list as being out for one to two weeks. The upper body injury happened at some point in the game on Saturday night in Binghamton. Can’t recall anything obvious happening.

Defenseman Arvin Atwal stepped into his spot in the lineup on Sunday playing as a forward and contributed to that being the best line of the night skating with Justin Danforth and Dalton Smith.

Updated 4:30pm: ForwardÂ Daniel Muzito-Bagenda has been called up from the Cincinnati Cyclones. With Colin Blackwell having one more game to be served for his suspension and the injury to Krause the Amerks are down a forward. This season with the Cyclones DMB has 33 points (10+23) in 33 games.

The 6-foot-1, 200-pound forward spent all of last season with the Amerks, scoring nine goals and adding six assists for 15 points in 61 games.

You can see the injury list that we keep updated here: Amerks Injury Report

Disappointing Weekend for the Amerks