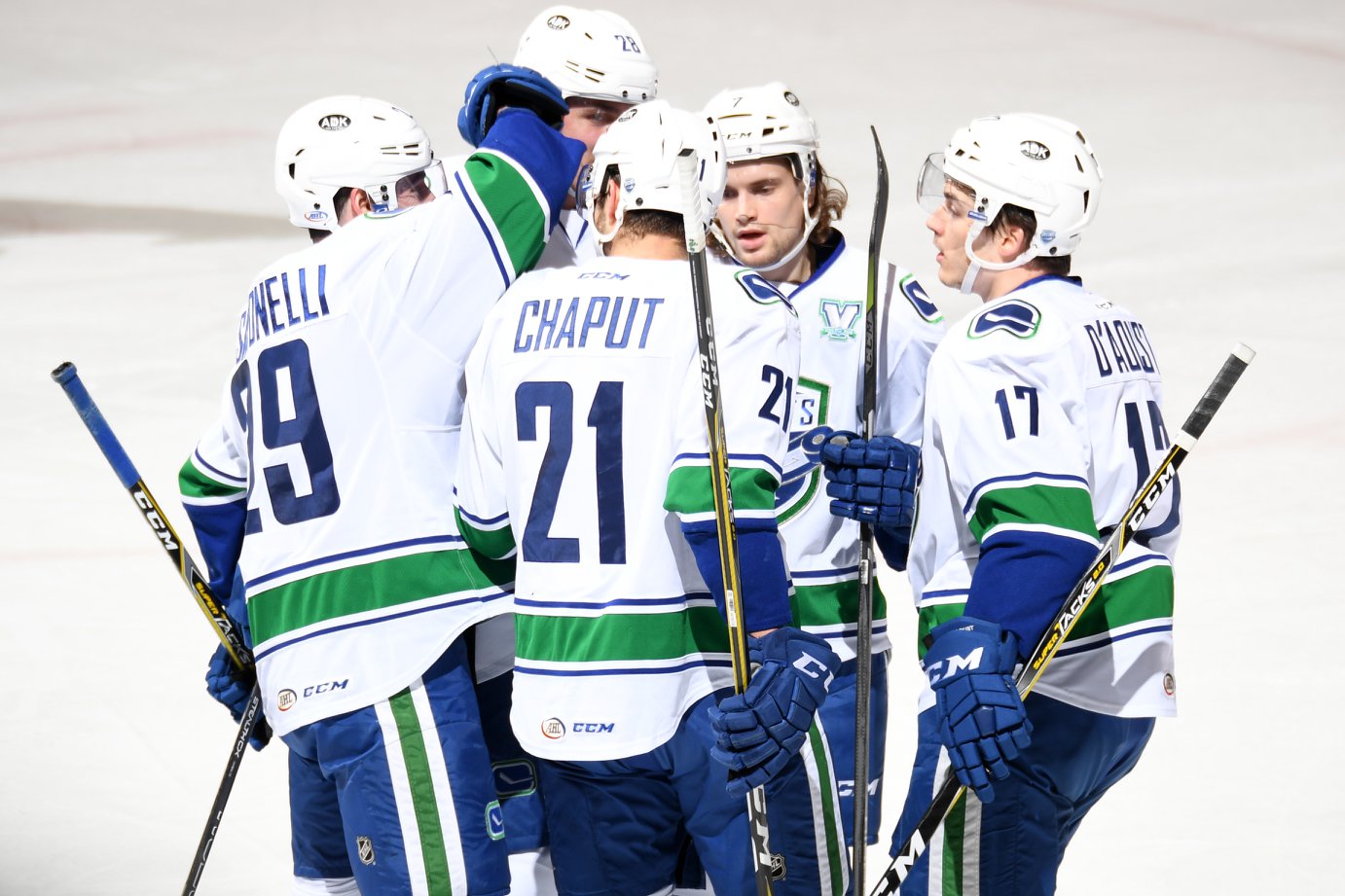 The Rochester Americans made more mistakes than the Utica Comets and it cost them the game. Utica scored one power play goal that went off of Justin Bailey’s stick, a 5 on 3 power play goal and then a turnover at the Amerks blue line.Â The post game report doesn’t need more than that.

Wednesday night was the 10th game of the season between the Amerks and Comets and it was also the seventh time the two teams have gone into overtime, four of those ended in shootouts. That shows how close the games have been between the two teams. Unfortunately Utica ends the season series with the upper hand and a 6-1-1-1 record.

All four goals scored in regulation were power play goals. The overtime winner for Utica was the result of a turnover at the blue line by Seth Griffith.

The Amerks have now played in a league leading 27 overtime games this season out of 68 games played. The league record is 29 overtime games.

After the game the phrase used by Chris Taylor and the players was the need to bear down. There’s eight games left in the regular season before the playoffs, is that enough time to get the message through?

With Adam Krause in the box for tripping (watched the replay and it’s questionable if Krause even touched the guy) the Comets scored the first goal of the game.Â Frankie Simonelli lined up a shot from the point, Justin Bailey made an attempt to block the shot but the puck went off his stick, took a bounce and into the net.

Zach Redmond scored his 14th goal of the year at 3:04 of the second period on the second of back to back power plays. Sahir Gill made a move across the front of Thatcher Demko and as he did Redmond shot the puck on the screen and scored.

Utica cycled the puck, moved closer and closer, had the Amerks scrambling out of position and Michael Chaput scored.

Seth Griffith scored at 3:46 of the third period to tie the game at 2-2 on the power play. Matt Tennyson fired a shot from the face off circle, Kevin Porter snagged a rebound and took a shot, Colin Blackwell chipped away at another rebound and Seth Griffith found the loose puck in the crease.

Thatcher Demko faced a total of 33 shots and that was the only one he gave up that many chances on after the initial shot.

It was a back and forth game for the rest of the third period before heading into overtime. After 60 minutes it was Utica’s game to win. Seth Griffith was unable to clear the zone, Michael Chaput stole the puck and the game winner was one on one with Wilcox and bar down.

“More of the same as far as the overtimes go,” Zach Redmond said after the game.

There was some good parts to the game but in the playoffs they’ll need wins, not just good parts of a game. It’s likely that the Amerks will be going into the post season with more losses than wins. Right now they’re 31-20-11-6 or 31-37 with eight games left.