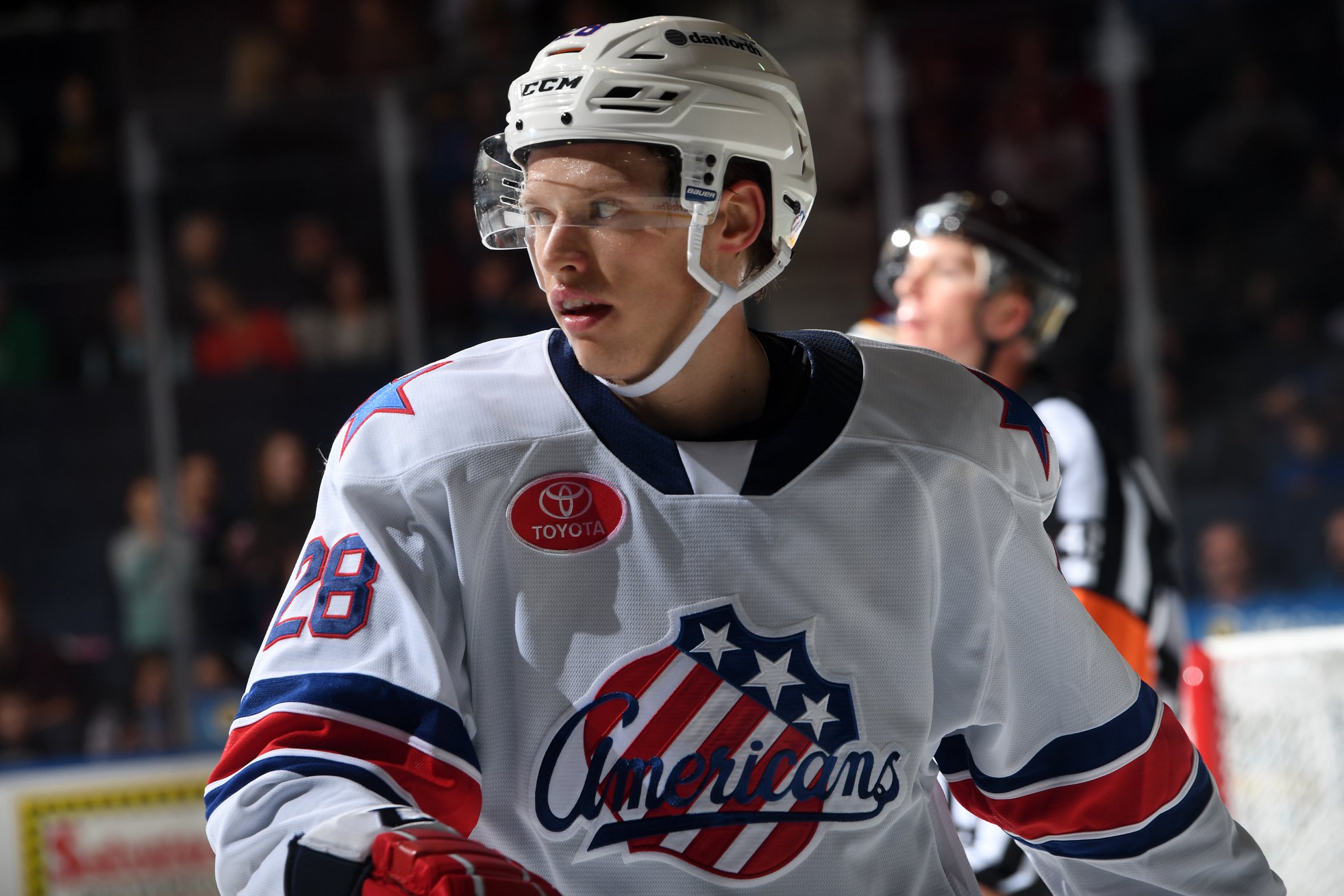 The Buffalo Sabres made a move this afternoon and Lawrence Pilut gets his second call up of the season to join the Buffalo Sabres. Pilut had been called up last week but didn’t play two games at home for Buffalo before arriving back in Rochester.

Pilut has had points in 13 of 16 games played this season with the Amerks accumulating 22 points (3G+19A). He also leads the league with a plus-19 and is tied with Zach Redmond for the league lead for points by a defenseman.

The quotes below are from after Amerks practice on Tuesday morning before the move was made official.

It was the first chance for us in Rochester to talk to Pilut since he returned. Asked about getting the call but not playing he said, “It’s a confidence booster knowing to get that call up. You take that with you down here and just try to develop your game all the time, keep improving, and keep playing your game. It’s been going pretty good so far and I just want to be patient with it.”

“Doesn’t matter where I am at or anything like that, just keep focusing on my game. Keep working hard. You just have to be patient, just keep that mind set to work hard.”

Tyler Randell talked about the confidence of Pilut as a player and also said, “People don’t understand how shifty he is and how he can handle the puck well being that shifty. It’s special to watch.”

“I’ve never seen a guy do drills and then in between drills do something extra to keep busy and get better,” Chris Taylor said after practice. “He wants to be in the NHL and you can tell. He genuinely loves to win, loves to play the game. That’s what I love about him. It’s contagious within our dressing room and it gets everybody doing the same things. Everybody wants to win but do they really want to win? Do they really want to get better every day? He’s that guy.”

At the start of the 2017/2018 season there was a lot of talk about learning to win and changing things within the organization. Taylor talked about that coming to naturally with Pilut and said, “He’s born to do it, it makes everybody that much better. We have a lot of those guys, it’s not just him. As a young guy coming guy coming in you don’t see that very often right away, usually you learn from older guys.”

The Sabres are home tonight against San Jose and then they fly to Florida. They’ll play the Tampa Bay Lightning on Thursday and Florida Panthers on Friday. What this all means for the Sabres roster remains to be seen but Pilut will be on stand by if needed.