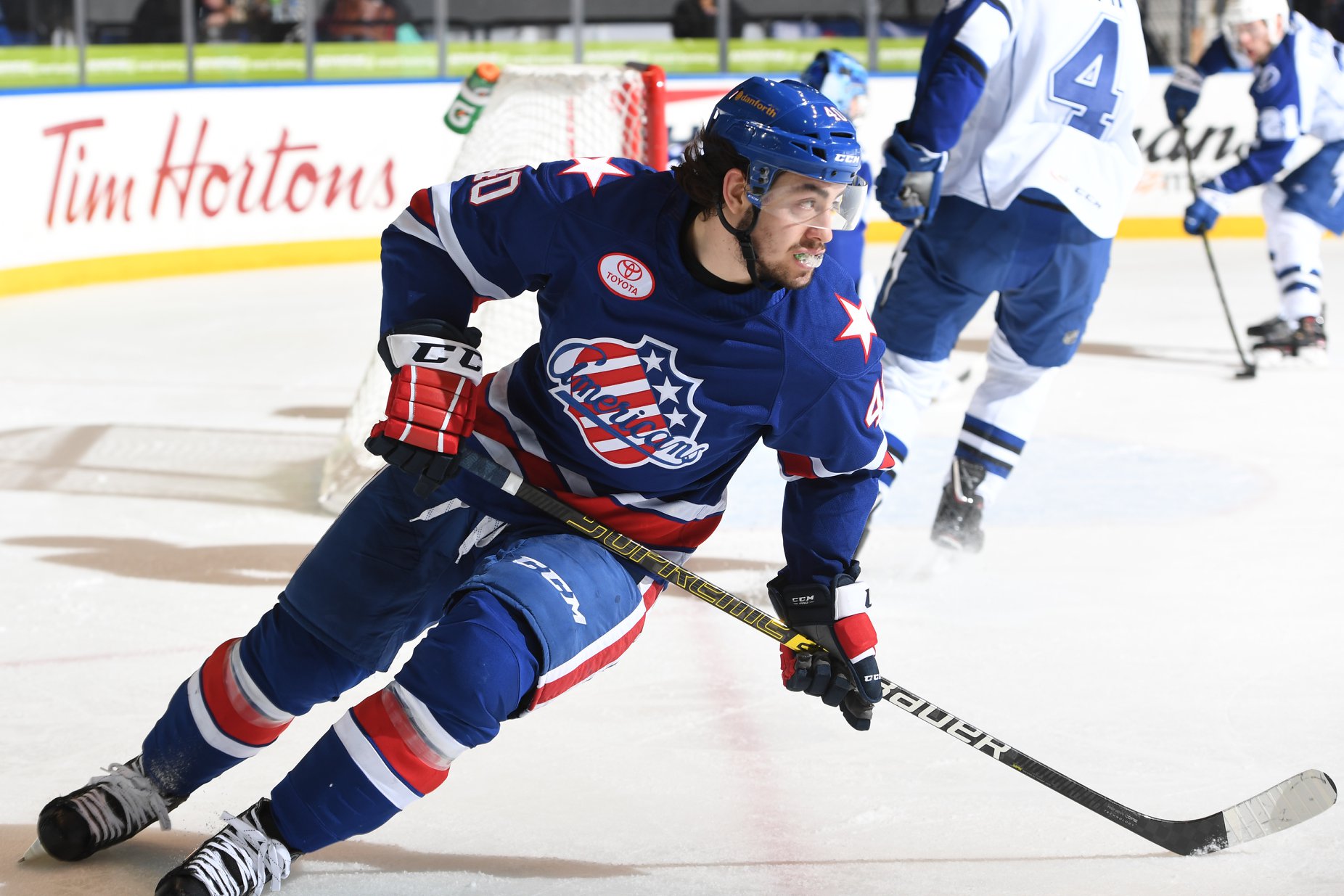 The weekend games between the Rochester Americans and Syracuse Crunch appeared to be in the past but jumped back into memory Tuesday evening when the American League announced suspensions.

Rochester Americans forwardÂ Remi ElieÂ has been suspended for one (1) game as a consequence of an illegal check to the head of an opponent in a game vs. Syracuse on Mar. 3.

Elie was suspended under the provisions of AHL Rule 28.1 (supplementary discipline). He will miss Rochesterâ€™s game Friday (Mar. 8) vs. Bridgeport.

Additional details from the league aren’t available at this time in regards to when the infraction took place. This will be updated if that becomes available. There’s an assumption below of when it may have happened.

Elie was called for interference on the play below as he attempted to go around a Crunch player to chase down the puck. The opposing player appeared to turn into him as Elie tried to go around him. Interference, questionable. Suspension worthy, apparently the league thinks it is.

Camera cut away and didn't show a replay, even on this it looked like the Crunch player turned in as Elie tried to go around. pic.twitter.com/Cdlo8JFnlx

Here is another angle of the hit that got Elie suspended (this camera doesnâ€™t cut away) pic.twitter.com/7bnb53XLeB