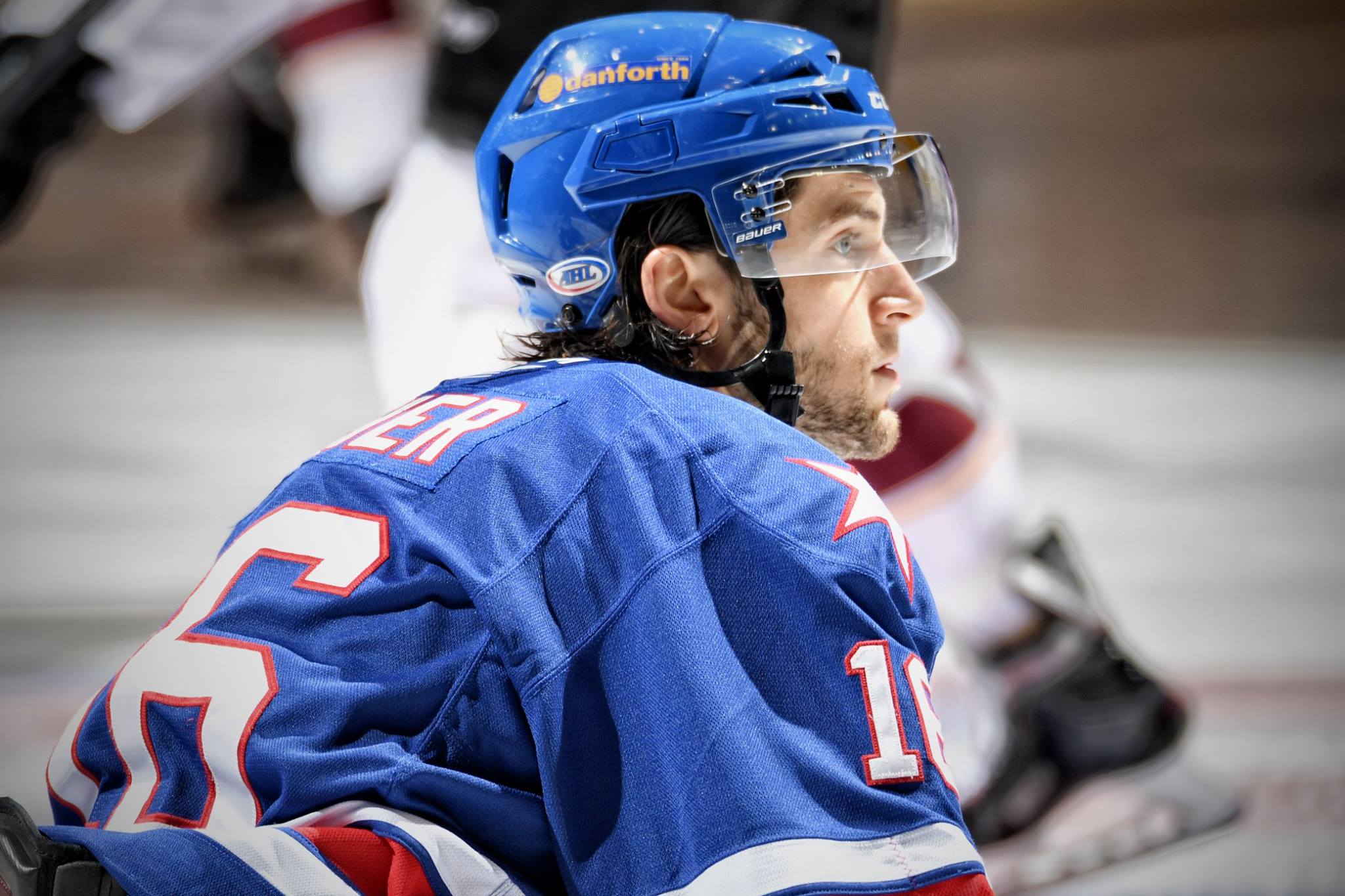 The bumps and bruises of a hockey season are something that every hockey player on every team goes through whether they’ll admit it or not. With only 18 games remaining in the regular season managing those bumps and minor injuries is more important than ever, especially for a team with the expectations of playing into the month of June.

An official injury report is rarely released by an American League team unless it’s attached to something that the NHL team shares. When you cover a team on a daily basis it’s relatively easy to keep track of who’s out and for what reasons. Being able to compare the number of injuries to the rest of the league is near impossible so the only thing that games lost due to injury can be compared to is the year before. During the 2017/2018 regular season the Amerks lost approximately 251 man games due to injury, this season they’re currently at approximately 174 man games.

Last season a bulk of the games was from Barry Goers who missed 63 games – most of which can be subtracted because at a certain point it was known he wasn’t going to play again. Subtract all of those and the games lost is down to 188. This season two players have missed the most – Andrew Oglevie missed 35 games before returning and Kyle Criscuolo is currently at 30 games missed this season. The good news is that Oglevie is playing and Criscuolo is expected to return. Comparably the games lost is probably going to be about the same but with a deeper and more talented team they’ve been able to continue winning.

Speaking up about your health is something that the organization talks about and promotes in every camp. Development camp, rookie camp, NHL training camp, AHL training camp, and then the regular season.Â “We want them for the long term, not for the short term,” Chris Taylor said when asked about getting players to speak up. “For their health especially and for our team. With our healthy guys we have we want to make sure we’re using everybody that is 100%.”

The long term is a season that extends into June for the Calder Cup playoffs. There’s an expectation that you play through the bumps and bruises but if missing a game is the best path to recovery it’s not going to be held against someone. Especially when there’s depth players healthy and ready to play.

One example of that is when Wayne Simpson ended his iron man streak at 231 consecutive games played. It wasn’t an easy decision, he wanted to play. At the time Simpson had said,Â “It was a little bump, I always want to be out there. Just one of those things that I decided wasn’t worth it. Frustrating, was pretty close to being ready to go but was unsure of it.”

The team won that game 4-1 without one of their leading scorers.

Simpson was out of the lineup again last week taking care of an upper body injury. The team won two of the three games without him. He returned to practice this week and is expected back in the lineup this weekend playing alongside CJ Smith and Kevin Porter on the top line. Simpson, like many players, have talked about weighing their options. The games that have been played since early February are playoff like games and don’t want to be missed but again, it comes down to being prepared for that long term.

“It’s a tough sport, you play with bangs and bruises all the time,” Simpson said.

“You have a new nick or a bump or whatever you want to call it every day, guys have different things going on,” Taylor Leier said after practice this week. “I usually have something going on before every game and it sucks but honestly, you almost like learn every year how to just like figure it out and how to play through the different things whether it’s your wrist, your knee, or your ankle, or your neck is bothering you, it doesn’t matter.”

You also learn to practice through things. One of the things that has changed is the amount of time spent on the ice after a practice, at least the day before a game. The only players that were out for an extended amount of time on Thursday afternoon were the five players that aren’t playing Friday night.

“There’s a lot of times that our guys stay out too long after practice, they get over tired for the games just because they’re young, and have energy for that day,” Taylor said on Tuesday. “All of a sudden the next day it’s oh I don’t have that much energy right now. It’s managing time and bodies, the older guys help the young guys out a lot and they understand. It gets better as the year goes on.”

By the time you’re playing professional hockey there’s a good chance you’ve already figured out how to manage the bumps and bruises. At least you think you have. Playing a longer season and having some weekends with three games in 48 hours delivers new challenges.

“This is my fifth year so my first couple years you kind of figure out that if you don’t play through those little nicks and bumps there’s guys that want to play that aren’t playing as much. They could take your spot, I mean we’re still a team, but you still want to hold your spot in the lineup,” Leier said when talking about playing through things. “You want to contribute, that’s the biggest thing. I just think I’m not missing this game, I want to keep my role, I want to keep my spot, and i want to contribute.”

One player that deserves a mention in terms of contributing is Eric Cornel. He’s one of two players that has played in all 58 games so far this season, Rasmus Asplund is the other one. Honorable mention to Danny O’Regan who would also be in that club, two games missed were from a call up. Will Borgen has only missed one game.

Cornel is in his third season with the Amerks and in his three seasons no one has played more games on the team than him.

“I take pride in that,” Cornel said. “I think having a successful season as a team and being out there for every part of it, whatever role they put me in, that’s something I take pride in. At the same time we have a lot of guys who have been a big part of it and get injured for a couple games here and come right back and then be ready to hop back in. That’s just a part of what makes us a good team.”

After playing two games in less than 20 hours last weekend and with three games in less than 48 hours coming up this weekend the team had two days off this week – Monday and Wednesday. Letting the body heal and heading into the weekend with enough recovery time has worked out as both Porter and Simpson will be ready to play. The only player on the injured list right now is Kyle Criscuolo who is still week to week.

Leier talked about what he does about the bumps saying,Â “I honestly just try and mentally block it out and then after the game you got to do what you do to take care of whatever your feeling.Â The biggest thing for me is sleep. When I’m sleeping well it’s a little bit easier to play through things and you feel just more jump.”

Sleep is more important than many probably realize.

“Everyone has to go through it,” Leier said. “Hockey players just do it.Â There’s 76 games, I honestly don’t think it’s possible not to have something come up during the year where you have to play through it and it seems to happen more often than not so it’s just something you got to do.”

One could just as easily say delete all the words above and say man up and play! That’s what everyone does, sometimes you still need a day off.