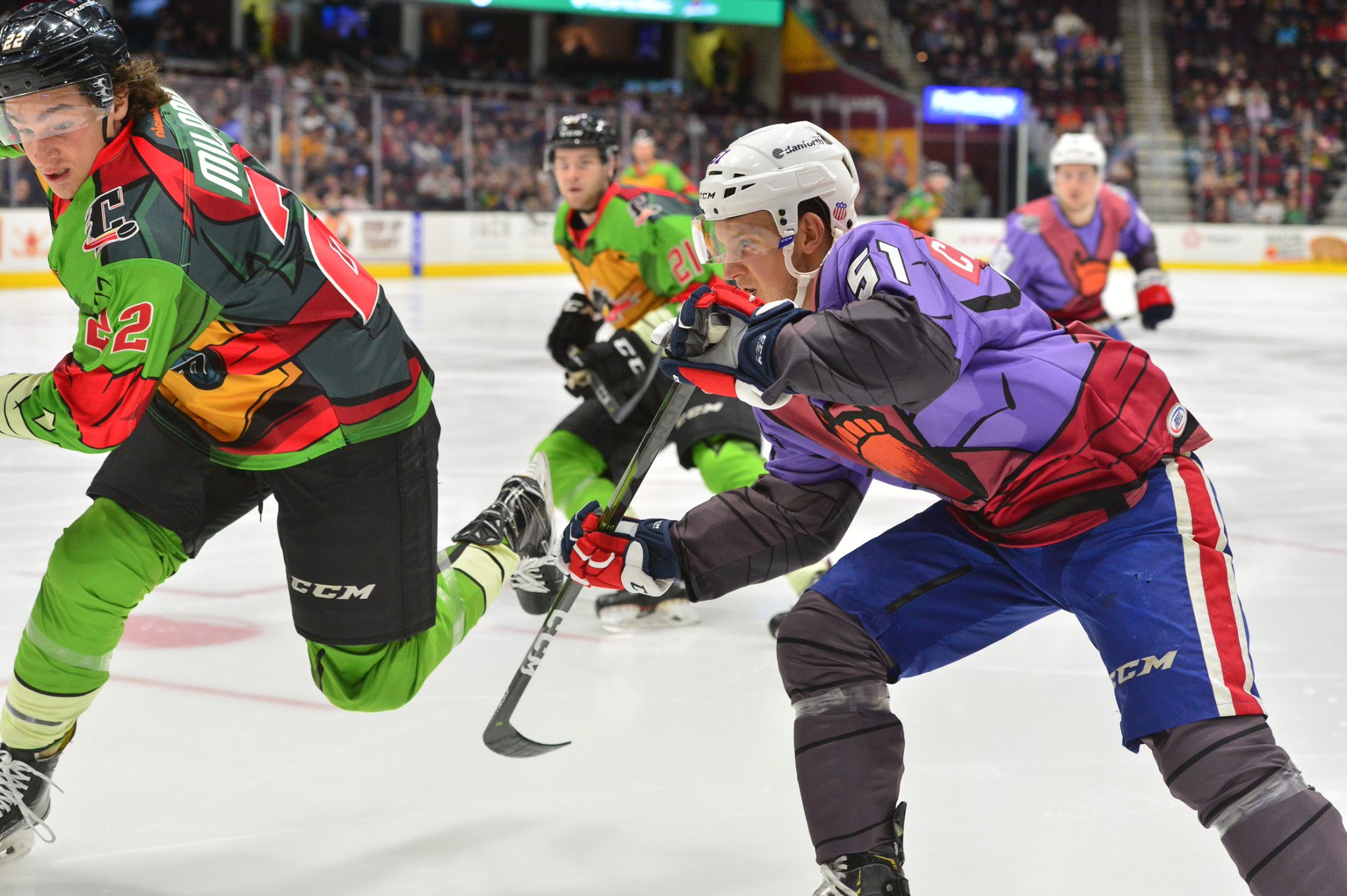 We’re down to the last 12 regular season games of the season and tonight is the first of only five home games remaining before the playoffs. Where the Rochester Americans are going to finish in the standings is still a toss up. After leading the North Division for the majority of the season they now sit in second place by five points behind the Syracuse Crunch. You can either look at that as the pint is half full or half empty. Rochester has a game in hand on Syracuse and the two teams still play each other three more times.

The Amerks host the Cleveland Monsters tonight and then the Amerks travel to Toronto for back to back road games. These games have as much meaning for the Monsters and Marlies as they do the Amerks. Cleveland is struggling to gain points and get into fourth place while Toronto is only three points back of Rochester.

“They’re going to be a desperate team, they’re fighting for their lives right now and only have so many games left,” Chris Taylor said talking about Cleveland. “We have to make sure we’re on top of our game especially being at home. We need to take care of our home games.”

“The guys are pretty disappointed from last weekend but hey, we have 12 games left here and it’s up to us to make the playoffs here,” Chris Taylor said after practice this week.

Last weekend the Amerks lost back to back road games in Charlotte. They were outscored 7-2 which sounds like a blow out but there was opportunity to win both games.

“We need to be better on our special teams,” Taylor said on what they can learn from last weekend. “If we do make the playoffs we have to be really good on our power play and penalty kill. We out chanced Charlotte almost two to one both games on our five on five, just our PP and PK that didn’t do the job.”

Lawrence Pilut kept it simple when asked if special teams is a key going forward, “We want to get our power play back on track and we’ve had a couple practices now to work on it.”

Over the last 10 games the Amerks only have seven power play goals on 49 chances. In just the last game versus Charlotte the team went 0/9 on the power play. The power play had been getting better as the season went on but has hit a major speed bump. Overall the power play is 7th overall in the league and the penalty kill is 11th overall. At this point in the season doing ok isn’t good enough when the goal is to be an elite team in the league.

I’m not so much looking for the percentage wise, I’m looking for the big goals. The big saves, the big blocked shoots on the penalty kill,” Taylor said. “Same with our power play, a big goal at a certain time, we can be 0/7 but if we score that one goal and make difference in the game is all I care about.”

“It’s going to be a tough weekend for us,” Taylor said. “These are the weekends that we have make sure we get results and that will further our results going into the playoffs.”

Just a reminder that tonight is turtles vs foot clan night with the ugly jerseys pictured above. The Monsters are the turtles, Amerks are the foot clan. The two teams wore the same jerseys earlier this season in Cleveland and have a rematch of them tonight. They’ll be available for auction in the concourse.

Sean Malone will be back into the lineup after missing the last four games again with a lower body injury. He had played seven games where he scored one short handed goal.

Zach Redmond is out of the lineup with a lower body injury and is considered day to day. He played both games in Charlotte last weekend, didn’t practice at all this week with the team.

Expect Adam Wilcox to get the start tonight and Scott Wedgewood to play back to back in Toronto.

Like many of us that work a 40 hour work week we look forward to our days off. The team had a planned two days off after the games in Charlotte. Some players enjoyed some beach time, others went to New York City, others enjoyed time with family and friends.

The game will be streamed for free on Facebook tonight. Click the link below and choose get reminder.

In case you missed it…

Matej Pekar Assigned to the Amerks