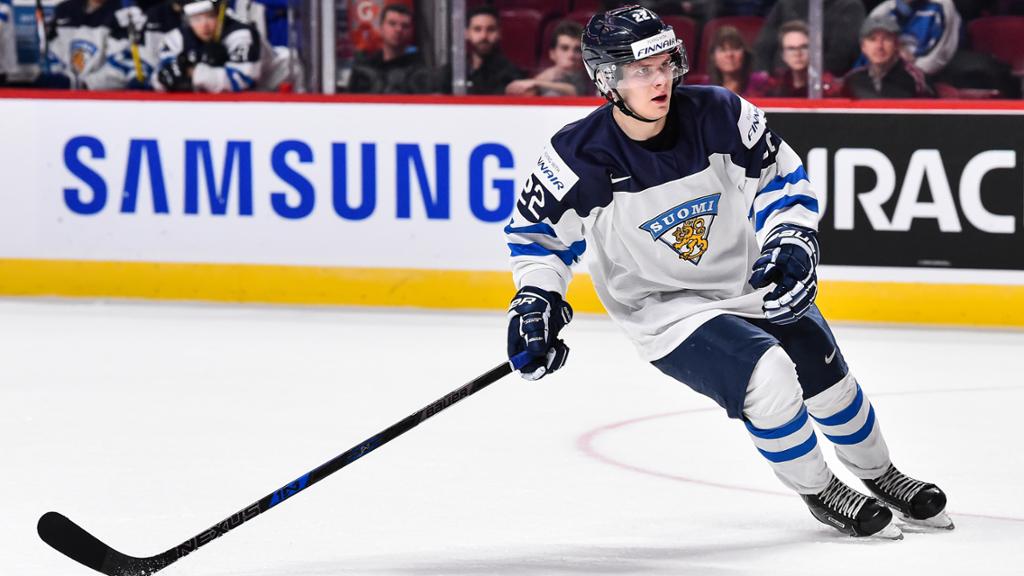 The terms had been verbally agreed to weeks ago but the news became official Wednesday morning when Arttu Ruotsalainen signed a three year entry-level contract with the Buffalo Sabres.

Ruotsalainen is a 21 year old undrafted free agent out of Finland. He’s a center at 5’8″ who really made a name for himself this past season leading his Tampere Ilves team with 42 points (21G+21A) this season. Through 206 career games in Finlands Liiga league he tallied 73 points (36G+37A).

Since I cover things from a Rochester perspective I’ll jump right into what this could mean for the Rochester Americans.

Where he plays in the 2019/2020 season is up in the air. If he doesn’t make the Buffalo Sabres roster out of training camp he would need permission from Ilves to play in Rochester. If permission isn’t granted he would go back to Finland and only join the Amerks once the season is finished in Finland. That would cover year one of his entry-level contract. In year two or three if he doesn’t make the Sabres he could be assigned directly to Rochester.

He was the leading scorer and carried his team this season at 21 years old. If he doesn’t make the Sabres roster where he ends up could go either way. There’s a lot of work to be done for the Amerks roster next season so one would think that management already has an idea.

(Updated June 29) I talked to Randy Sexton asking if Ilves could grant him permission to play in Rochester and he said,Â “There’s a possibility but I think it’s fairly remote to be candid. In his case he has to make the Sabres or go back to Finland.”

This past season we saw players like Victor Olofsson, Lawrence Pilut, and Rasmus Asplund all transition with ease to the North American game and found regular season success. Those three players are listed at 5’11” so the 5’8″ height of Ruotsalainen shouldn’t even be the leading part of discussions. The Buffalo Sabres have a huge gap in drafted prospects ready to play professional hockey which makes this signing an intriguing one.

For more about him as a player here’s an article on Sabres.com – Get to know Arttu Ruotsalainen

Here’s a 17 minute highlight video to see more of him.

Here’s the official press release from the Sabres:

A native of Oulu, Finland, Ruotsalainen won a silver medal with Team Finland at the 2015 IIHF World U18 Championship and represented his country at the 2016 IIHF World Junior Championship. He made his debut with the Finnish national team during the 2018-19 season, joining the team for several games during the Euro Hockey Tour.