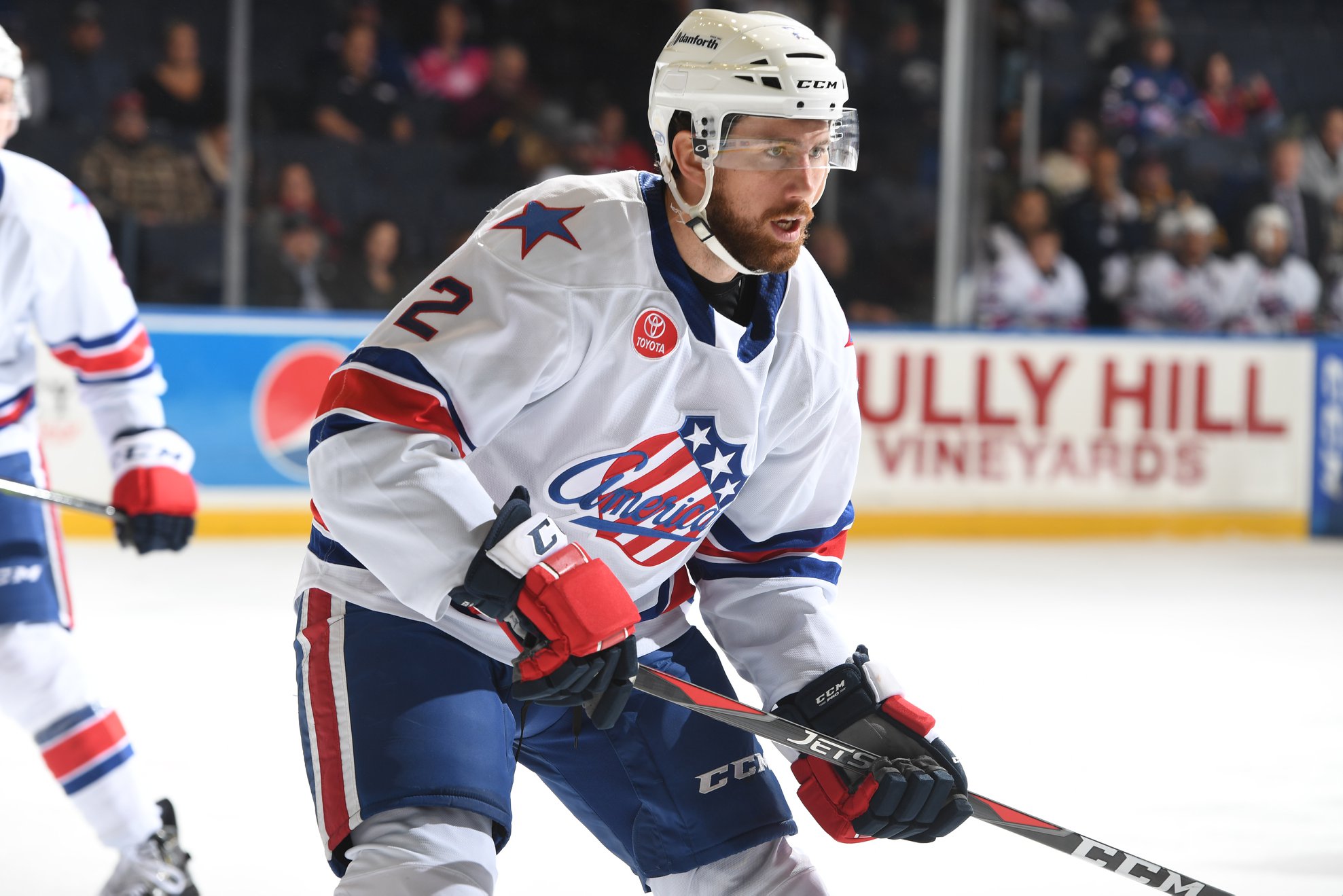 The Big Mac is back for another season in Rochester. Defenseman Andrew MacWilliam has re-signed with the Rochester Americans to return for his third season on the Amerks blue line. MacWilliam has been a big part of the defensive zone with his physical play and presence along with the often talked about leadership on the bench and in the locker room.

Success in the American League requires the veteran presence of players like MacWilliam and Redmond as they assist with the development of young players like Will Borgen, Jacob Bryson, and Casey Fitzgerald.

Amerks.com press release is available at the bottom if you keep scrolling.

#Amerks have re-signed defenseman Andrew MacWilliam to an AHL deal for the 2019/202 season. Along with big hits he also scored a few goals last season like this one in Syracuse. pic.twitter.com/2cB54QwEPB

A native of Calgary, Alberta, MacWilliam has totaled 54 points (7+47) in 372 career AHL outings with Rochester, Albany, Manitoba and Toronto while also adding three assists in 18 postseason contests. MacWilliam made his NHL debut during the 2014-15 season, notching two assists in 12 games for Toronto Maple Leafs, who selected him in the seventh round (188thÂ overall) of the 2008 NHL Entry Draft.

Prior to turning pro, the 6-foot-2, 223-pound blueliner played four years at the University of North Dakota (WCHA), where he produced 31 points (4+27) in 163 career games for the Fighting Hawks. As a senior, MacWilliam recorded 13 points (2+11) and was named to the All-WCHA Academic Team while serving as team captain.

Amerks 2019-20 Season Ticket Memberships, which start as low as just $14 per game, are on-sale now. Full-season ticket member benefits include, but are not limited to, Riverside Club VIP Room access with Amerks Alumni, family meet and greet and annual Skate with the Players event, an exclusive preseason Ice Breaker Party and much more. For more information, visit www.amerks.com or call 1-855-GO-AMERKS.