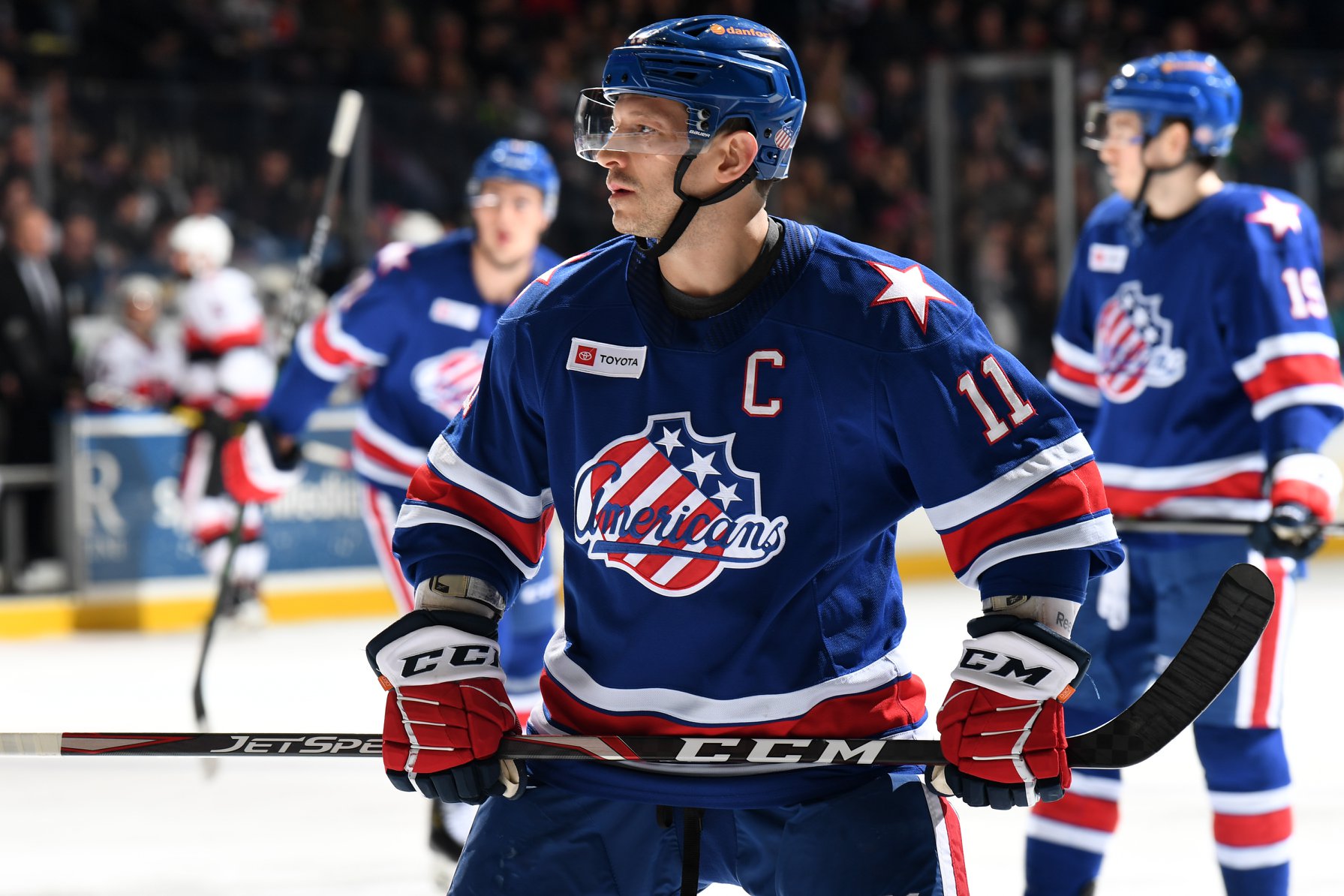 The American Hockey League announced late Saturday afternoon that Rochester Americans forward Kevin Porter has been suspended for two games as a consequence of an illegal check to the head of an opponent in a game vs. Laval on Feb. 28.

The hit occurred at 2:01 of the second period Friday night when Porter hit Laval forward Jake Lucchini. Porter was assessed a major penalty and game misconduct. On the same sequence of events Laval had also scored a goal.

Chris Taylor was asked about the penalty after the game and had said, “I just watched it three or four times again and I donâ€™t even think itâ€™s a two minute minor to be quite honest with you.”

Judge for yourself. The clip starts at approx 1:28.

Kevin Porter ejected for this hit on Jake Lucchini. pic.twitter.com/b39aNsXL5l