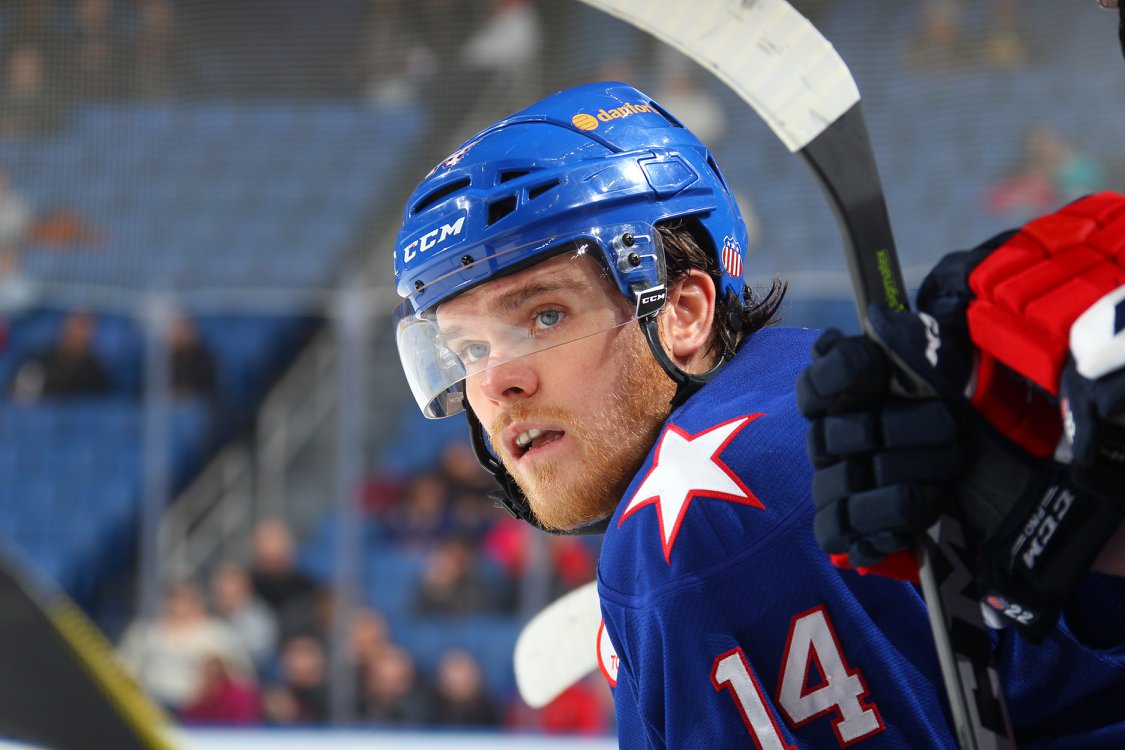 Sean ‘Mugsy’ Malone is returning to the Buffalo Sabres organization after a season away with the Nashville Predators. The 26yr old center and West Seneca native was originally drafted 159th overall in the sixth round of the 2013 NHL draft. He has signed a one-year two-way contract with the Sabres to return back home.

Over the course of three seasons with the Amerks the center played in 169 games and tallied 65 points (28+37). His only NHL appearance with the Buffalo Sabres was one game after he finished four years at Harvard University. His third season, 2019/2020, he signed with Rochester on an AHL contract.

Malone played on the U.S. National Development Team U18 in 2012/2013 when Don Granato was the head coach.

Mugsy is a fan favorite in Rochester with his work ethic, performance, and interactions with the community. He’ll have an opportunity to be near the top of the lineup in Rochester and also try and work his way into the 4th line center role in Buffalo.

1 thought on “Sean Malone is Returning to the Sabres Organization”