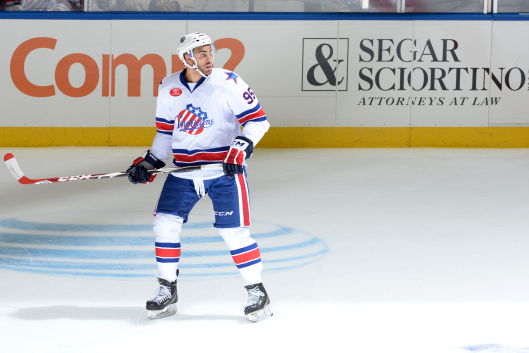 The Buffalo Sabres made the first call up of the season this morning by asking Justin Bailey to hop on a cross country flight to join the team in Anaheim. Kyle Okposo is sick and with the Sabres are struggling for offense they hope he’ll provide a spark.

Phil Housley is expected to speak to media in California at 6:45pm ET and will likely provide an update on the playing status of Bailey.

Housley says Bailey in, Okposo out still but getting better. Johnson in goal. Scratches TBA. #Sabres

The organization was definitely hoping for different start without having to resort to an early call up.Â Is he ready? We’ll find out soon enough.

Zach Bogosian was put on injured reserve to open up a roster spot for Bailey.