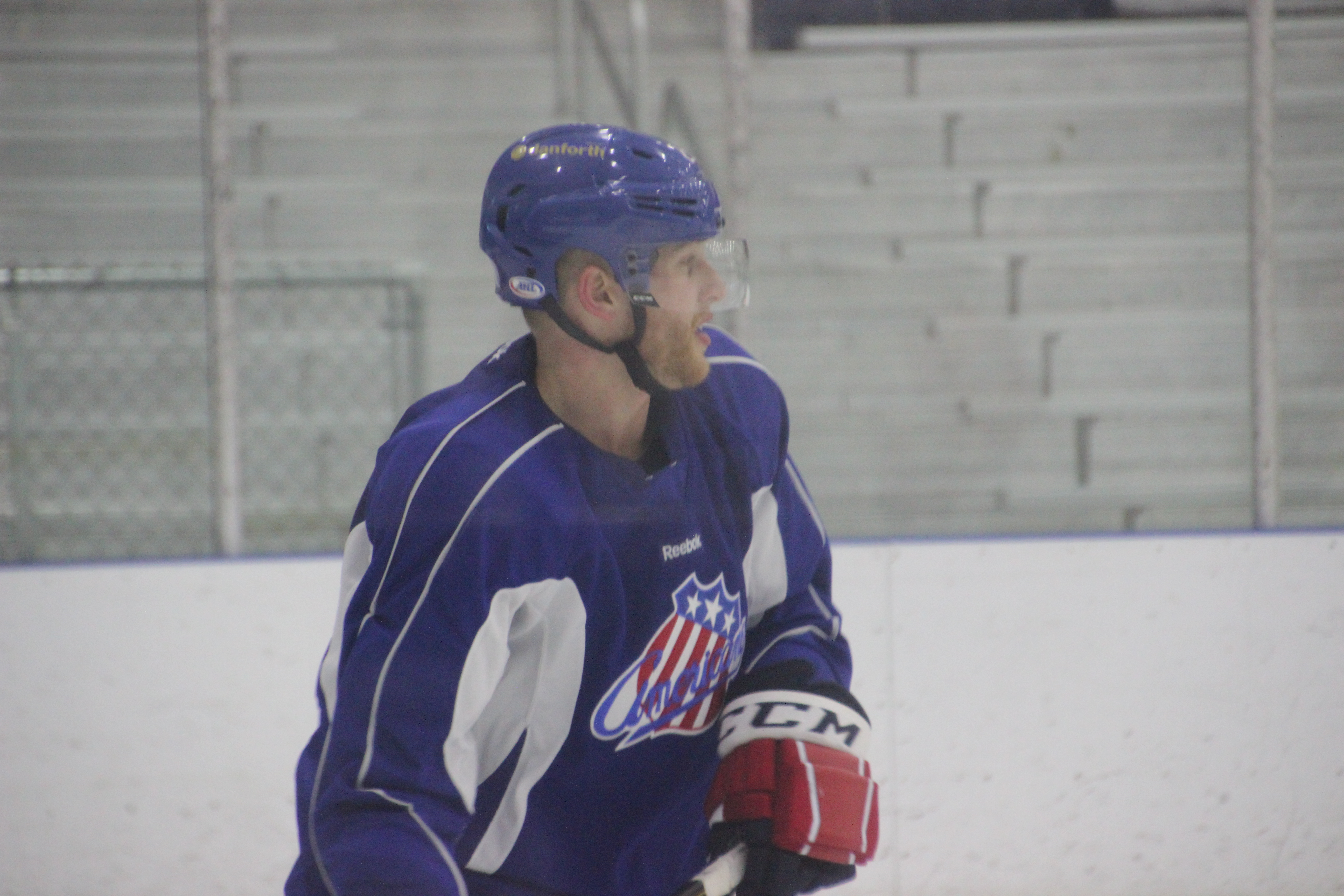 Friday night the Amerks played a very underwhelming brand of hockey against the Comets. Zone entry was once again very sloppy, and they werenâ€™t able to dig pucks out well either. Chemistry continues to be an issue for this new roster, and swapping Baptise and Moses on the first two lines only seemed to worsen matters. Aside from Justin Bailey, the entire team looked very slow. As a result they were shut out 2-0.

Unfortunately, Hudson Fasching was no exception. He continues to slump early on in the season, looking nothing like the player heâ€™s been in the past. My issues with his performance go far beyond a chemistry fit. The lack of effort and physicality he put forth are completely unacceptable for a player of his skill set. Iâ€™m going to rate him an F.

Offensively, Fasching was non-existent; he was consistently behind during the breakout and wasnâ€™t able to win puck battles on the boards as a result. Even arriving late, he had opportunities to take advantage of his big frame to keep the puck in the zone. Instead, he refused to play physically, passing up on several checks that could have dislodged the puck and created some momentum for his team. There were also two occasions entering the zone where he was clearly offside and was lucky the play wasnâ€™t blown dead. It was completely unacceptable to see from a returning player who should be a veteran presence.

Defensively, Fasching has always been a strong player due to a high motor and a physical presence. Without those elements in his game, Hudson was extremely frustrating to watch. While forechecking he was flat footed far too often, applying no real pressure to defenders on the breakout. This was a common theme in his game, and was the same while in the defensive zone. He looked lost at times and was not able to eliminate options on the point by getting in passing lanes.

So far this season ice time for Hudson Fasching has gone way down. Maybe part of his slow start is due to frustration of the way he is being utilized by coach Taylor. However, the role of a 3rd line winger matches perfectly what will be expected of him at the NHL level. If he canâ€™t execute as a physical, high energy forward then his days within the organization will be short lived.