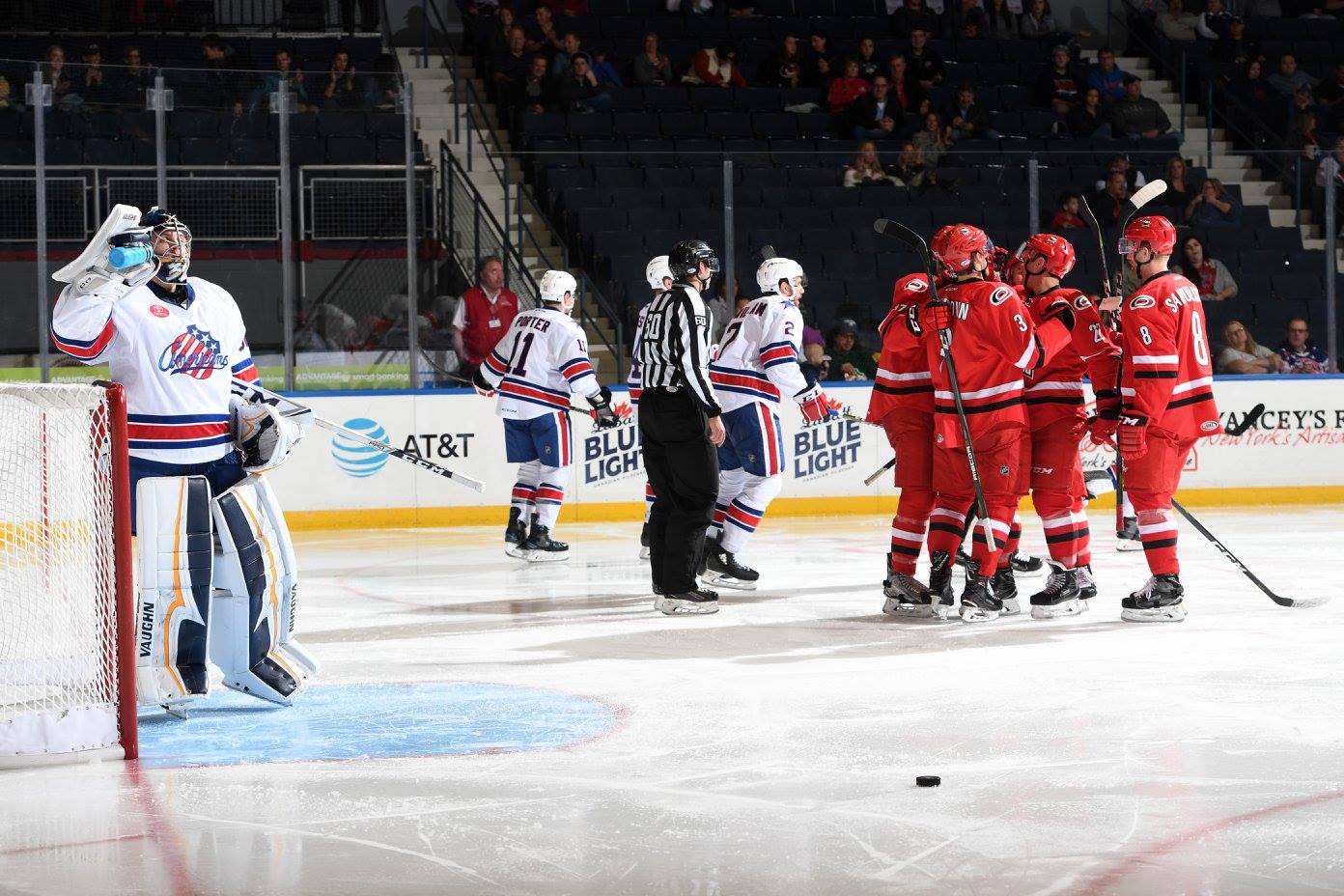 The Amerks collapsed again and lost 5-2 against the Charlotte Checkers on Friday night and head coach Chris Taylor didn’t hold back saying,Â “I know itâ€™s a process, I know what happened last year andâ€¦ butâ€¦ thatâ€™s not acceptable.”

Adam Krause and Zach Redmond scored their first goals of the season to put the Amerks up 2-0 after one but that wasn’t even close to enough.

On the loss Chris Taylor said, “We didn’t play with confidence, we didn’t finish hits, we didn’t do anything very well tonight. It was just evident. We were lucky to be up 2-0 after the 1st.”

Unable to score on a 5 on 3 power play pushed all of the momentum to the Checkers and they ran with it. Linus Ullmark allowed four goals in the second period before being replaced by Adam Wilcox who allowed the final goal against in the third period.

It wasn’t a pretty game and aÂ crowd of only 3,021 likely left thinking about alternate plans for the next home game even though it’s only four games into the season.

The Amerks are back at home on Saturday night against the Utica Comets and Taylor didn’t hold back in what he expects, “How we played tonight I expect that we come out and play strong and hard and you know, playing like we want to play like men.”

Adam Krause looking to Saturday, “We need to put a 60 minute game together, 20 minutes was obviously not enough tonight.”

The positives of the game:

Through four games the Amerks are 100% on the penalty kill.

Zach Redmond found a bright spot, “I think we have everything it takes to win. Everyone in here is really close. It’s a good team. I’ve been on a few teams now and this one has everything it needs to make it to the playoffs and beyond.”

Those who saw the game are guaranteed to disagree.