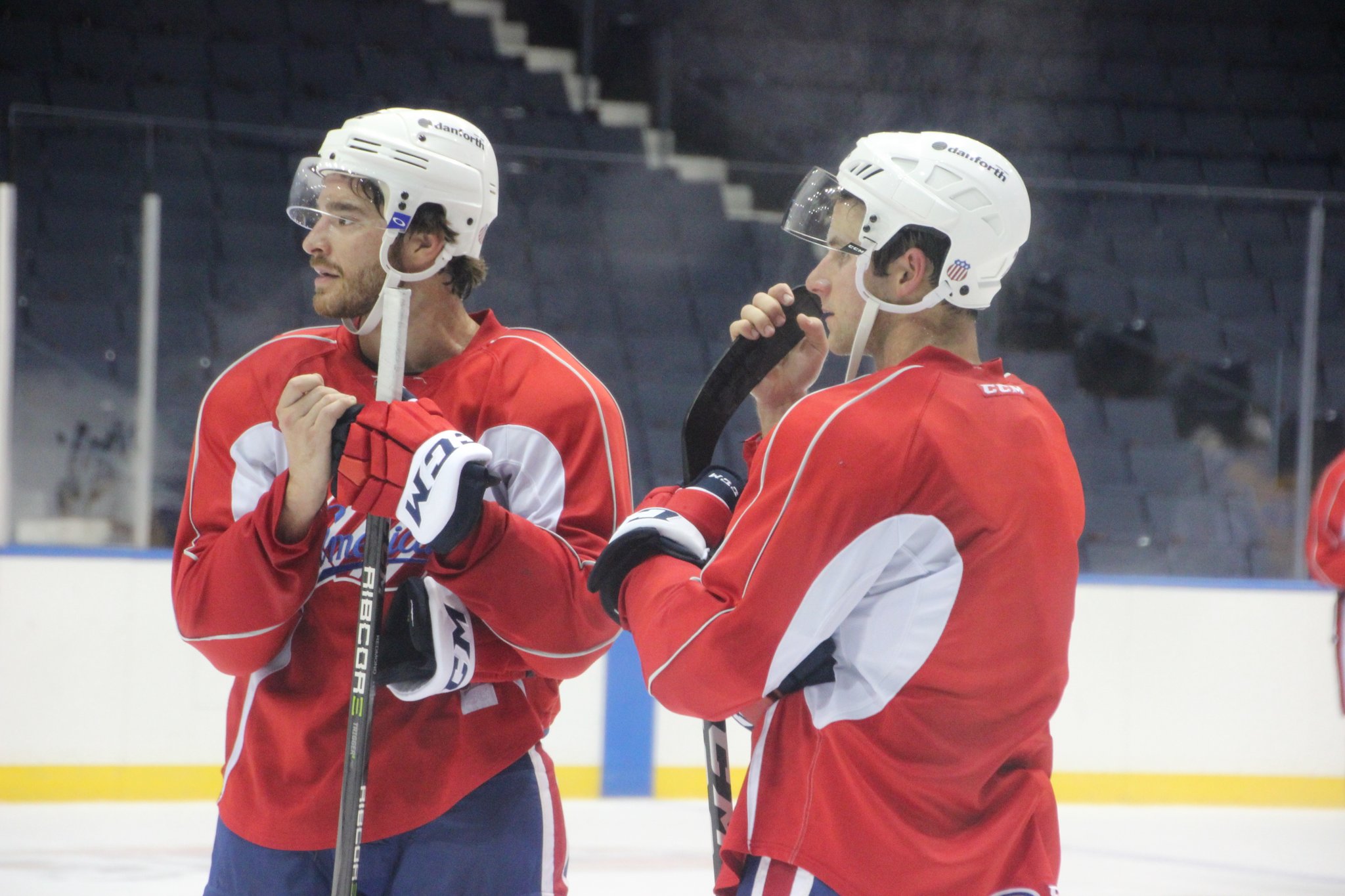 Another day and another move, the Sabres have called up Zach Redmond, the best performing defenseman on the Amerks roster so far. In four games played Redmond has 1 goal, 2 assists and is a plus 2.

The Sabres placed Josh Gorges on injured reserve to open up a roster spot for Redmond.

He’ll join Taylor Fedun who was called up on Friday.

(Featured pic of Redmond and Fedun by lga585.com)

The Sabres now have 11 defenseman on their roster due to injuries which leaves the Amerks down to six defensemen and they still look pretty decent even with Paetsch out with an injury.

Conor Allen, Andrew MacWilliam, Casey Nelson, Brendan Guhle, Barry Goers and Stuart Percy are the remaining bodies on the blue line. Percy was just signed on Thursday and has an opportunity to jump right in.

Many Sabres fans have asked, “why not Guhle?” He hasn’t performed well. Yet. He’s simply not ready.

As for the offense? That’s going to be a lingering issue that’ll have to be addressed soon.

Enjoy a laugh between Redmond and Sahir Gill in this video from the Amerks: