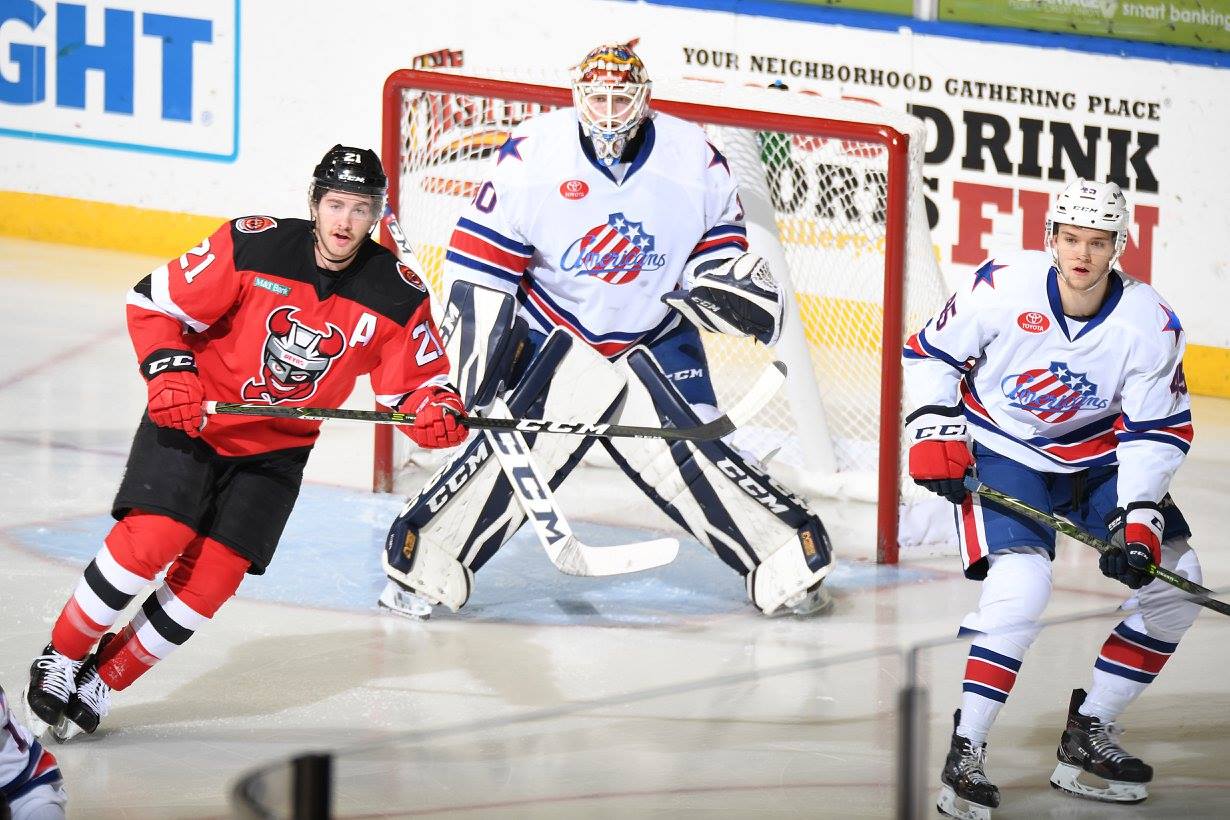 A common question about Brendan Guhle, the number one defensive prospect, is why hasn’t he been called up yet? The answer is simple: development.

“He understands the process of it. Does he want to be a guy that goes up for one or two games or does he want to be a guy when he goes up, he’s going to be there forever? He’s got to understand that and that’s what the best interest here is for him. That’s what we have for every player (their best interest) and him especially. He’s still learning. He’s still making a lot of mistakes. We don’t want to ruin his confidence. One of those mistakes up in the NHL is in the back of the net. We’re being patient with him and he’s understanding that. That’s why he’s still playing well right now with us.”

Guhle wants to get to the NHL. The Amerks staff has a goal of getting him to the NHL.

As Taylor mentioned above, they want to get him called up and stay there. Not just get a taste of it following the pattern of looking good, fumbling, make mistakes, falling and coming back down and starting development over again.

He’s learning from those mistakes.