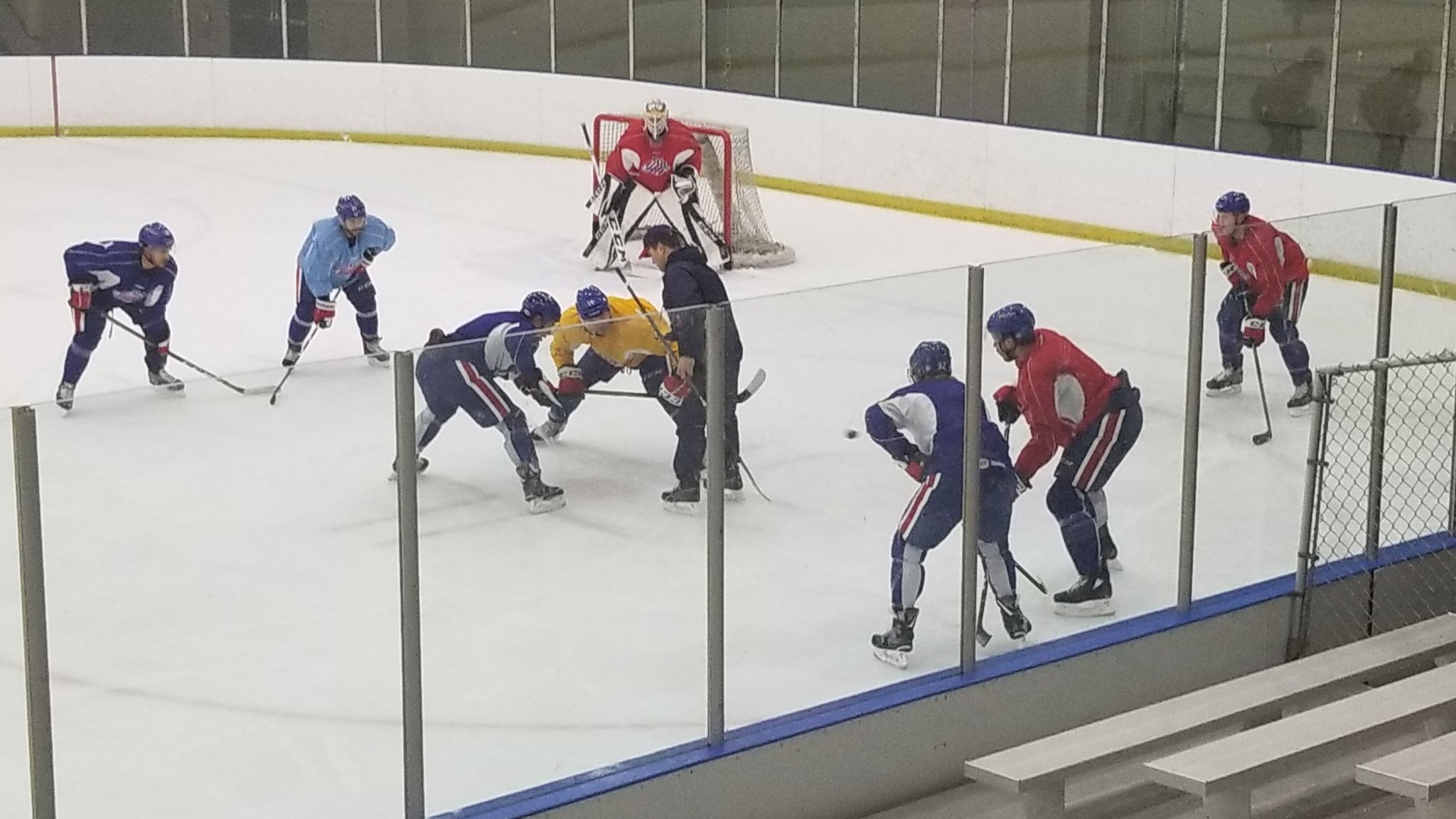 You win some games , you lose some and then you really lose some games during a season. The Amerks really lost on Saturday night against the Binghamton Devils but they are still on a great run with points in nine of their last 11 games. The Devils snapped a six game losing streak with the win over the Amerks.

“We just couldn’t get anything going with the offense and it just faltered from there. One of those road games you don’t want to look back at too much,” Chris Taylor said this morning when I asked about the game for the first time.

“One of those games in a long season. We’ve been playing a lot of hockey and it caught up to us on Saturday. Not to make any excuses for that but I could see it the way they were before the game. They looked a little tired. Maybe that’s up to us to make sure they’re in better shape to make sure they can handle three games in a week.”

“We’ve had some ups and downs,” Kevin Porter said about the start of the season. “Some games where we’ve learned some lessons on playing 60 minutes but overall it’s a pretty good start.”

I asked Porter if those lessons are physical or mental and he said a little of both, “If we’re up three goals or down three goals we have to still be thinking that it’s zero to zero and we’re trying to win the game.”

Anyone who has been watching Amerks games this season has seen the games where some periods aren’t as good as others. That might be saying it lightly. The coaching staff and players are aware of that and it’s something they continue to work on and own up to. They aren’t being over confident with the standings but they are confident coming to the rink every day.

I asked Kevin Porter if it’s team chemistry or the winning that has players frequently saying fun when talking about this team and he said,Â “Winning is fun. That’s why people want to win. You have a lot more fun coming to the rink. Joke around a little bit when you’re winning, I think they kind of stem off of each other.”

One example of that fun and chemistry is how Colin Blackwell ended practice on Tuesday morning with a celly after scoring a three puck shootout drill and his teammates joining in.

Blackwell with the score and celly to end practice! #Amerks pic.twitter.com/pJKwHoo8cz

Amerks practices are a lot of hard work (as professional hockey practices should be). There are times when practice ends on a fun note like this and others where they end on a skating drill. There’s times when four letter words are shouted. There’s times when drills are stopped and corrections are made or instructions are given. One thing that is always consistent is the coaching staff on until the end whether it’s working with the top line, the scratches or those recovering from injuries.

I asked Kevin Porter about the coaching staff and how they contribute to the team chemistry and he said, “They’re here to help everybody. They’re here to help the team. I know it’s a development league and there’s some high prospects here but they want us to play well as a team and that’s the main concern.”

Linus Ullmark is going to carry the load this season with Adam Wilcox along for the ride. Chris Taylor said they’ll take it game by game on who plays when. Referencing Saturday, Taylor said,Â “I felt bad for Adam, he made some big saves for us and we just couldn’t score any goals for him. The guys love him and how hard he competes.”

Paying Attention to a Call Up

Criscuolo played in his third game with the Sabres on Monday night and had the most playing time so far with 13 shifts and 9:04 in playing time.

Taylor said he watches all of the games, “It’s a great opportunity (for guys to be called up). We want everyone down here to watch those games up there to see what it’s like to play up there. He gets his chance and hopefully he keeps going.”

When it comes to guys getting called up Kevin Porter said he watches a little bit, “You definitely want them to do well. They’re guys that are your teammates, your friends. You want to see them to do well but my main focus is here in Rochester.”

Have to wonder though, is it really good for anyone to watch the Sabres right now?

Barry Goers (day to day) and Nathan Paetsch (week to week) are the only two injured players that haven’t been on the ice. Zach Redmond is hopeful (again) to return on Wednesday night after a good practice Tuesday morning. For those who ever wonder about the status of injuries we keep this page updated:Â http://www.lga585.com/injuries/

Amerks are on the road tonight in Syracuse before returning home on Friday night for another game against Binghamton.