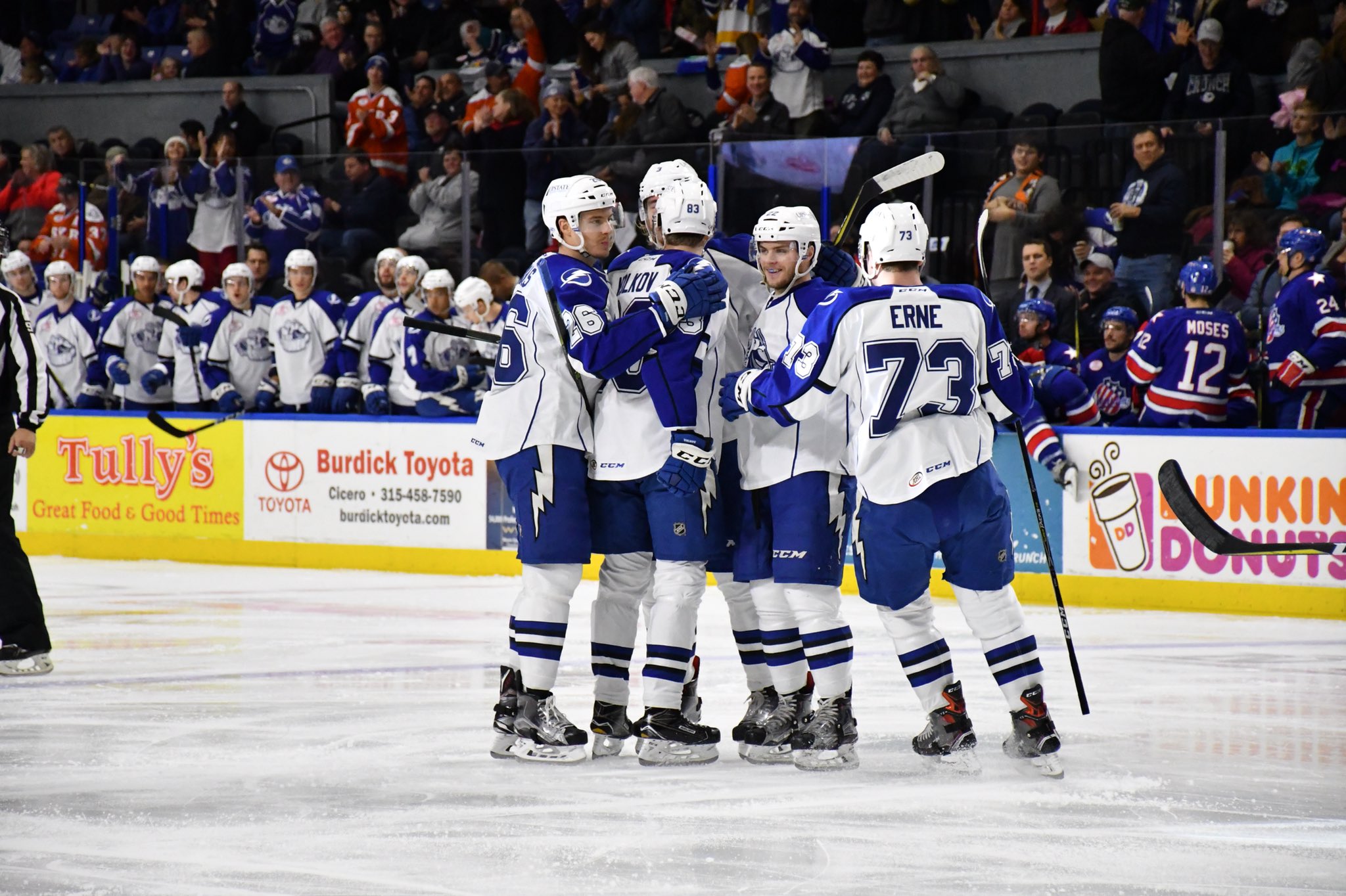 The Syracuse Crunch are near the bottom of the league in the standings, they’re a young team but they looked like a league leading team on Wednesday night against the Rochester Americans. Dennis Yan went coast to coast in overtime to lead the Crunch to a 6-5 win.

It was a high scoring back and forth game with 23 different players between the two teams putting points on the scoresheet, 11 for Rochester and 12 for Syracuse. Linus Ullmark made 43 saves in the game vs Louis Domingue who had 30 saves.

(Photo by the Syracuse Crunch)

The good: Amerks scored five goals and continued to come back after Syracuse would score. The team regained the lead three different times. Ullmark made a number of great saves like he always does. They earned the extra point for taking the game to overtime and they’ve earned points in 12 out of 17 games this season.

The not so good: Being outshot 18-8 in the first period. Allowing two short handed goals in the game. Allowing 49 shots. Evan Rodrigues was a minus 5 and Alexander Nylander a minus 3.Â This was only the third game back for both players but turnovers in the neutral zone were brutal.Â The team has also allowed 11 goals in the past two games.

Arvin Atwal left the game after being drilled along the boards early in the second period and didn’t return. You can see the hit around the 1:29 mark in the highlight video below towards the bottom.

Congrats toÂ Sean Malone on scoring his first professional goal unassisted in the second period. His full effort can be seen around the 2:30 mark below.

Here’s all of the highlights thanks to the Syracuse Crunch:

Amerks play again on Friday night against the Binghamton Devils, they team they lost 5-0 against this past Saturday.