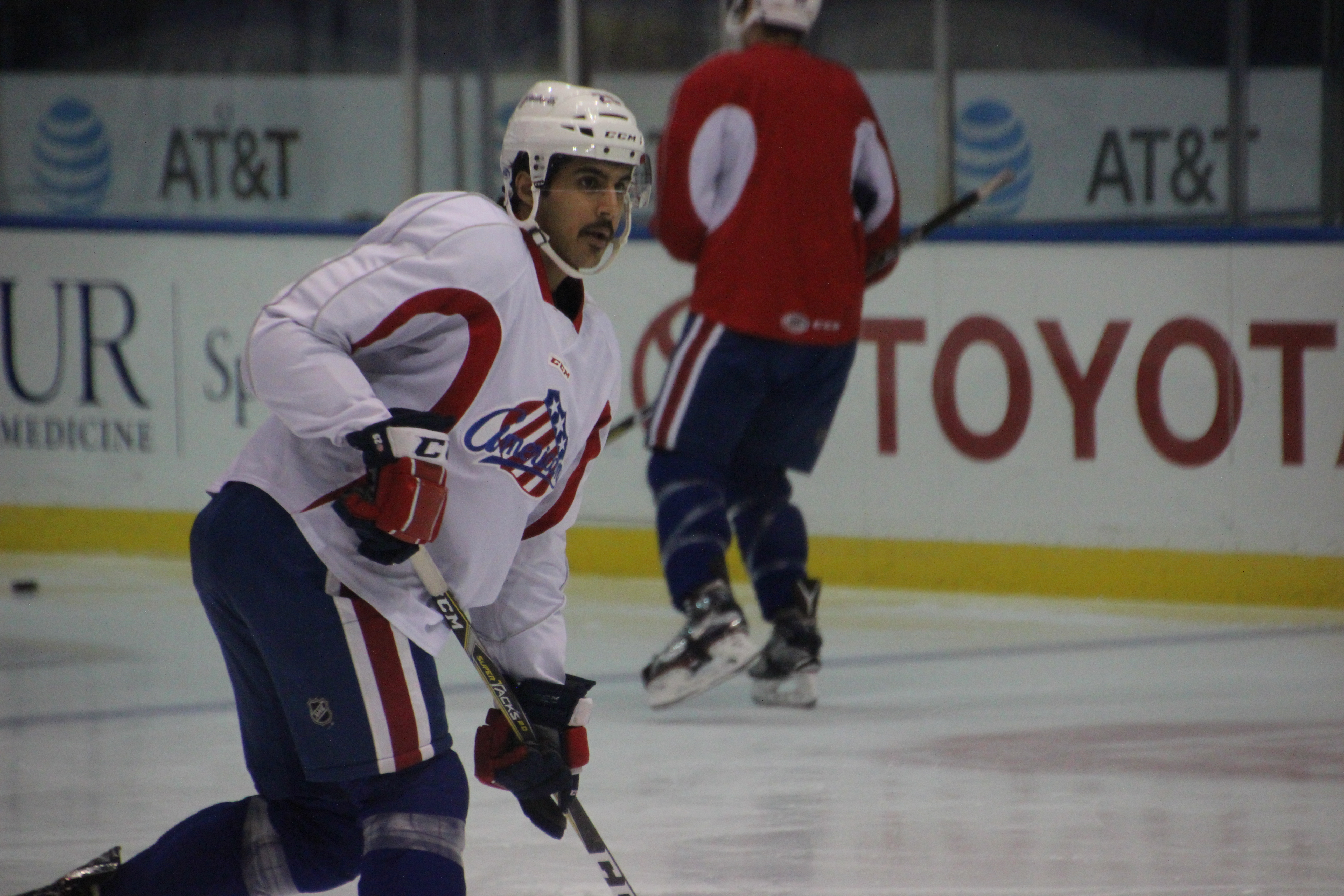 The Wolf Pack are in town again after the Amerks defeated them 4-2 on November 17 at home.

That game ended on a fiesty note whenÂ Dan Catenacci steam rolled Alexander Nylander in his first game back. Arvin Atwal stepped in and dropped the gloves with less than five minutes left to play.Â Catenacci has missed the last three games so it’s unclear if he’ll play tonight.

Hartford has lost four straight games being outscored 18-7. Rochester has only won two of their last five games but has points in four of those five games thanks to the overtime point. In the last four games the Amerks have also given up four short handed goals.

“They’re going to come out desperate, they’ve been struggling the last couple of games,” CJ Smith said when asked about Hartford. “We just have to match their intensity.”

The last time the Amerks lost in regulation was on November 18 against Binghamton, a team that was on a six game losing streak.

Hartford has some additional offense that the Amerks will have to watch out for. Peter Holland is in the lineup after the the Rangers acquired him in a trade with the Canadians. In 20 games Holland scored 8 goals and 10 assists in his time with Laval. One of those goals was against the Amerks on October 27.

First look at Peter Holland in a @WolfPackAHL jersey. Rangers acquired him in a trade with Montreal yesterday. The Wolf Pack bus took a detour off the Thruway last night to pick him up in Syracuse. pic.twitter.com/gbk4KF9iPA

Adam Wilcox will get the start for the Amerks in net tonight and Linus Ullmark on Saturday.

Matt Tennyson cleared waivers at noon but it’s unclear whether or not he’ll play tonight. We’ll find out during warmups.

Now that we’re past the 20 game mark Sahir Gill was asked if games have a difference to them and he said, “Both teams will teams have figured out their identity, figured out where they sit, especially for our team here, this weekend is a good test for us to see where we stand.”

The Amerks hit the road after the game tonight to play against the Wilkes-Barre/Scranton Penguins on Saturday who are sitting in first place in the Atlantic Division. The Penguins play against Milwaukee tonight and havelost their last two games against Syracuse.

The Sabres raided the Penguins organization during the off season which means that it’s a game that a handful are looking forward to. Everyone wants to beat their former team. Chris Taylor was an assistant with the Penguins last season with Sahir Gill, Kevin Porter and Stuart Percy on the lineup. There’s also Jason Botterill and Randy Sexton that were a part of the management team with the Penguins.

Chris Taylor said, “If we want to be a top team in the league we have to beat the top team and it’s exciting for us.”

The Amerks will be without Kevin Porter for at least two weeks with an upper body injury. Brendan Guhle will be a game time decision (lower body). Justin Bailey is still on the injured list as day to day but isn’t expected to play tonight.

Nathan Paetsch (leg), Barry Goers (upper) and Arvin Atwal (upper body) are all week to week. You can always check out our injuries page for more details and updates on everyone.