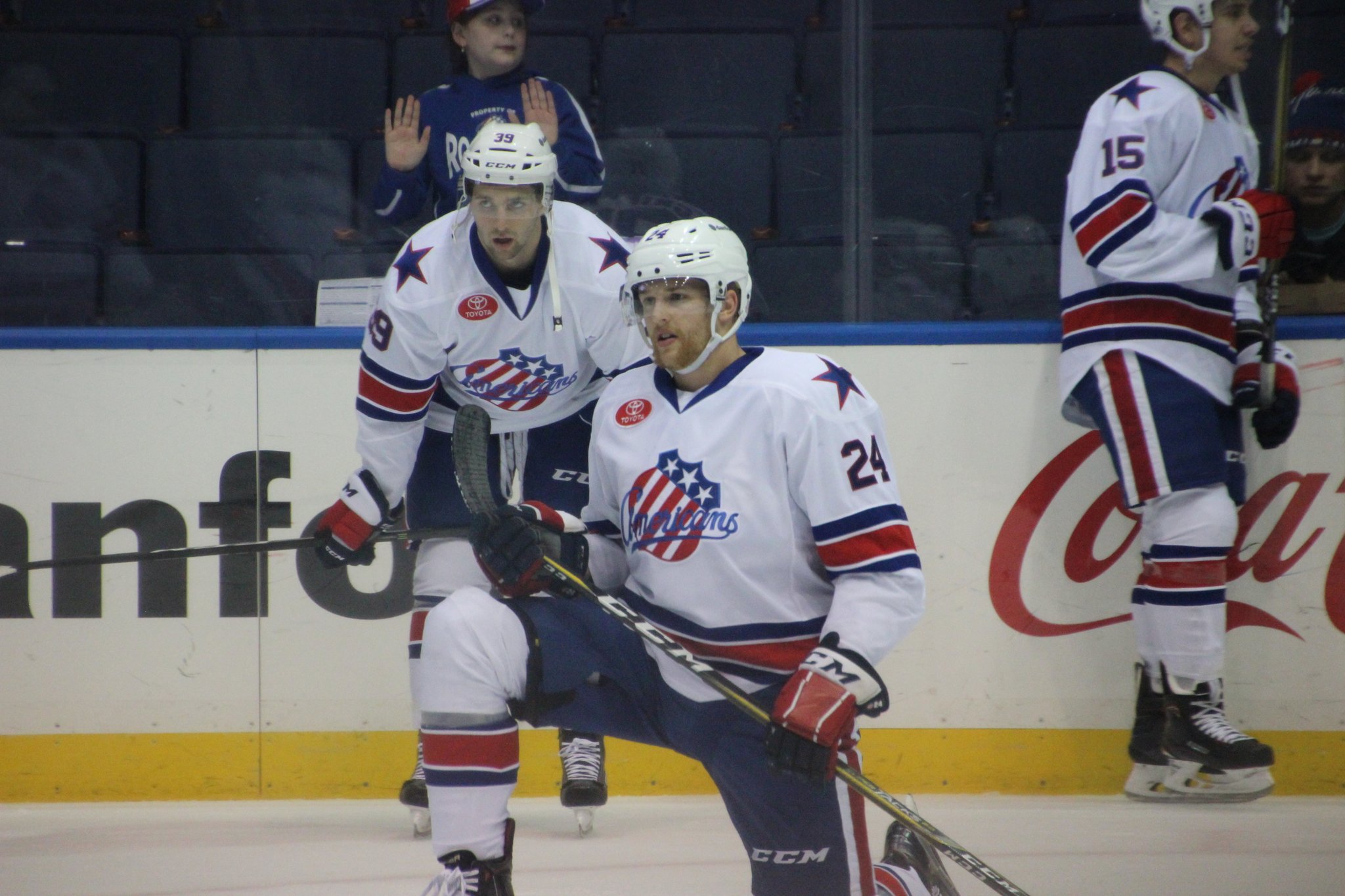 The Buffalo Sabres announced today that they have called up Hudson Fasching to join them in Pittsburgh.

Fasching is tied with three other players (CJ Smith, Sahir Gill, and Steve Moses) on the Amerks roster with six goals. He also has two assists in 21 games played and is also a plus 4.

The recall was made at the last minute after the Amerks finished up their shootout game against Hartford on Friday night. The Amerks were packing up the bus to head to Wilkes/Barre-Scranton when his gear was taken back off.

Eric Cornel will likely slide back into the lineup on the right wing unless Justin Bailey is cleared from the injured list.