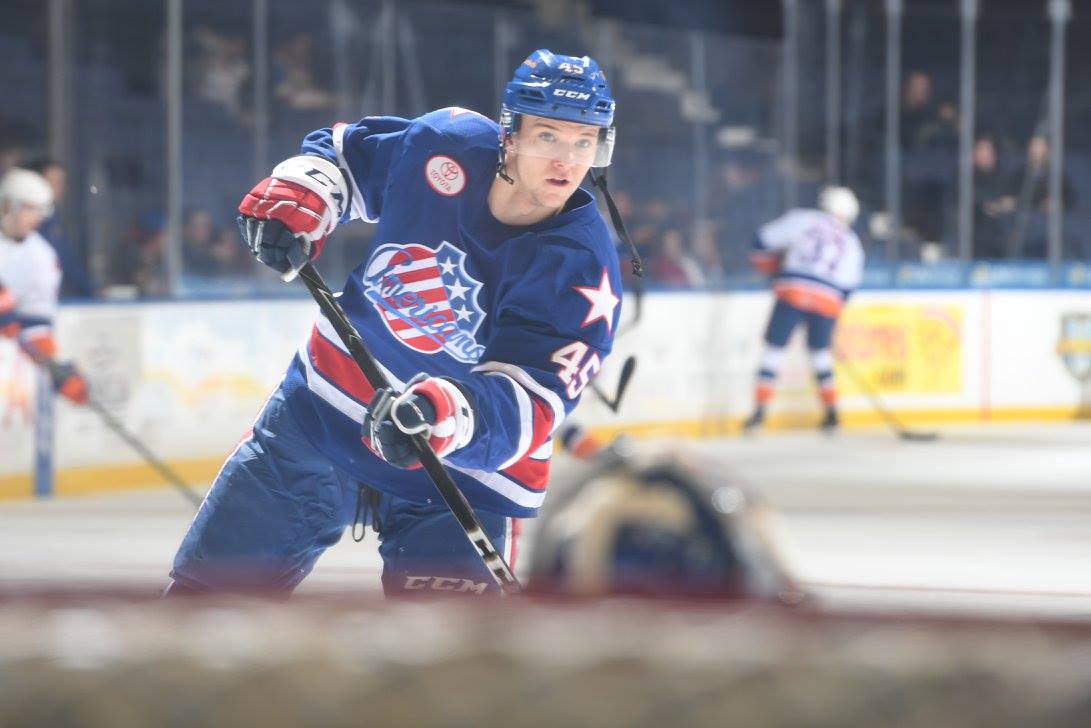 This is the first call up of the season for Guhle who is tied for second in scoring for rookie defenseman with 20 points (7G+13A).

The Sabres have called him up with a plan to play him and see what he has. The move opens up a spot on defense that Conor Allen will likely fill on Wednesday night. Nathan Paetsch is expected to be ready by the weekend as well.

“I think he’s just earned his way up,” Sabres coach Phil Housley said. “He’s in a good spot. He’s in a winning environment down there which is great for the culture of the team. It’s just a great opportunity to see what he can bring to practice.”

Linus Ullmark is tied for wins in the league at 17 and was also recently named to the AHL All-Star game for the second year in a row. He’s also fourth in the league with a .928 save percentage.

Robin Lehner had taken a shot up high on Sunday afternoon that you can see below. The Sabres added him to the injury report as day to day which is reason for calling up Ullmark.

Ullmark has been one of many reasons the Amerks have had a successful first half of the season. One of those reasons is that Taylor said Ullmark had been too focused on stats up until this season. Worrying about goals against and percentages instead of having a focus on winning. That has been the focus with everyone on the team, win games and individual stats will improve and they have.

Robin Lehner took a shot to the neck and stayed in the game. Dude is tough as nails. pic.twitter.com/Fh85d3vGTJ

With Ullmark in Buffalo and the Amerks hitting the road on Tuesday for a Wednesday night game in Belleville they’ll need a second goalie which is why they called up Jonas Johansson. He is 6-4 in 11 games, has a .907 save percentage and 2.91 GAA with the Cyclones. He had also finished out the end of the 2016/2017 with the Amerks playing in seven games and going 3-3-1.

Adam Wilcox has been great for the Amerks in net and isn’t seen as the backup, he’s considered one of two goalies on the team.

The Sabres have home games Tuesday and Thursday before their bye week.