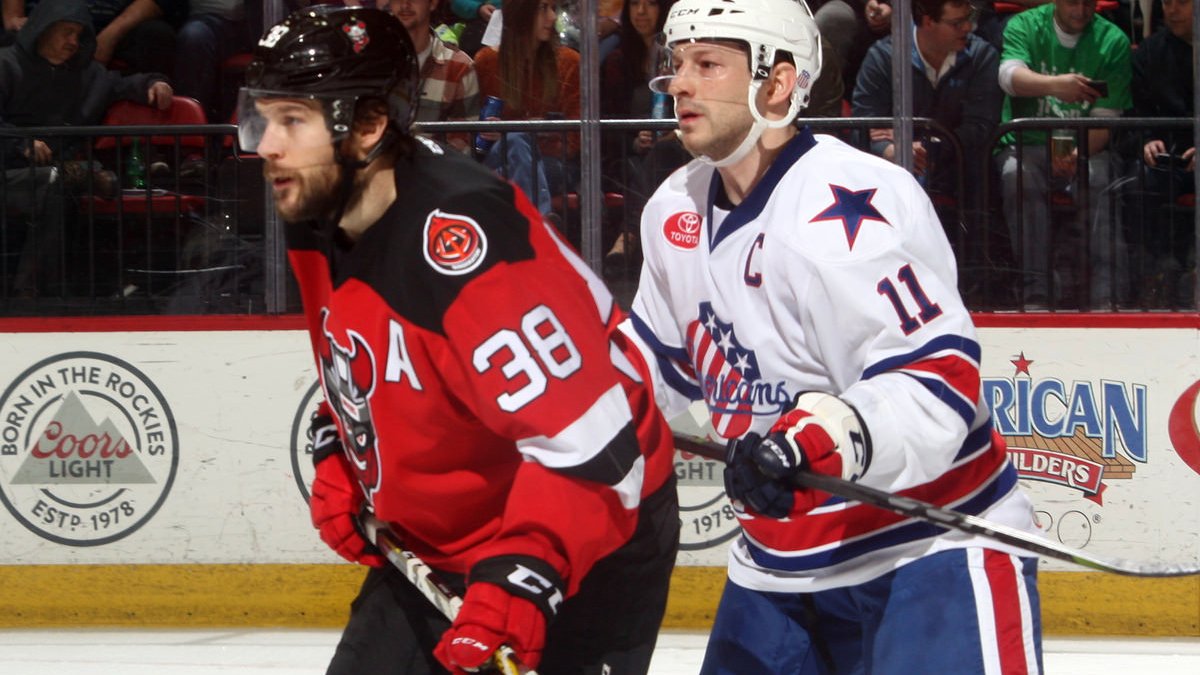 After a record setting Friday night the Rochester Americans reverted back to the way they had been playing, not that well at all. The Amerks went into overtime for the 22nd time this season and lost to the Binghamton Devils in a one goal game.

Rochester is now 7-8 in overtime and 2-5 in shootouts. Three of those overtime losses this season have been to the last place Binghamton Devils. The record for most overtime games in a season belongs to the 2006/2007Â Milwaukee Admirals who went into 29 overtime gamesÂ (9-4 OT, 6-10 SO).

(Featured image from the Binghamton Devils)

The game was ugly, boring, lifeless and seemed to be without purpose. After a record setting 12 goal night another big win should be expected especially when you’re playing against the last place team in the league.

Bracken Kearns scored the only goal of the game at 2:08 of overtime to give the Binghamton Devils the win.

Through the first 40 minutes of the game it was a boring game. Adam Wilcox had 21 saves with maybe three of those being quality scoring chances for the Devils.

At the other end of the ice it was a similar situation for Binghamton Devils going Ken Appleby making maybe three saves that could be classified as scoring chances. He only faced 11 shots through 40 minutes. The three saves were two shots from Seth Griffith and one breakaway by Justin Bailey.

Here’s the shot totals for the game:

Bailey caused a turnover and had the best chance yet this period. Appleby sacrificed his stick for the save. pic.twitter.com/OIE5Oosw6Z

The third period was more of the same with the Devils leading the pace of play and continuing to put shots on Wilcox. He had three big saves in a row at one point as the Amerks were killing off a MacWilliam interference penalty.

There was only one sequence within the third period when the Amerks were able to cycle the puck and attempt to create some scoring chances. They didn’t.

In the overtime Alexander Nylander had a great shot attempt but Appleby got an elbow on it making the save. On the same shift Nylander went into the corner, lost an edge, went down and that’s when the Devils scored.

92 falls into the corner. Turns into a 3 on 2 rush and the game is over. pic.twitter.com/wvub0nAKnn

Ugh. Bracken Kearns scores and wins it in overtime for the Devils. pic.twitter.com/uuPedtH1xX

This game proves that Friday night was a total fluke. Wilkes-Barre/Scranton was without three defensemen by the end of the first period and the Amerks took advantage of it.

Adam Wilcox was able to keep the team in the game but they needed someone to step up, make plays, score some goals and it just didn’t happen.

The same two teams play again Sunday afternoon at Blue Cross Arena. A regulation win to end the weekend with five out of six points would salvage the weekend and be a great way to recover from Saturday night.