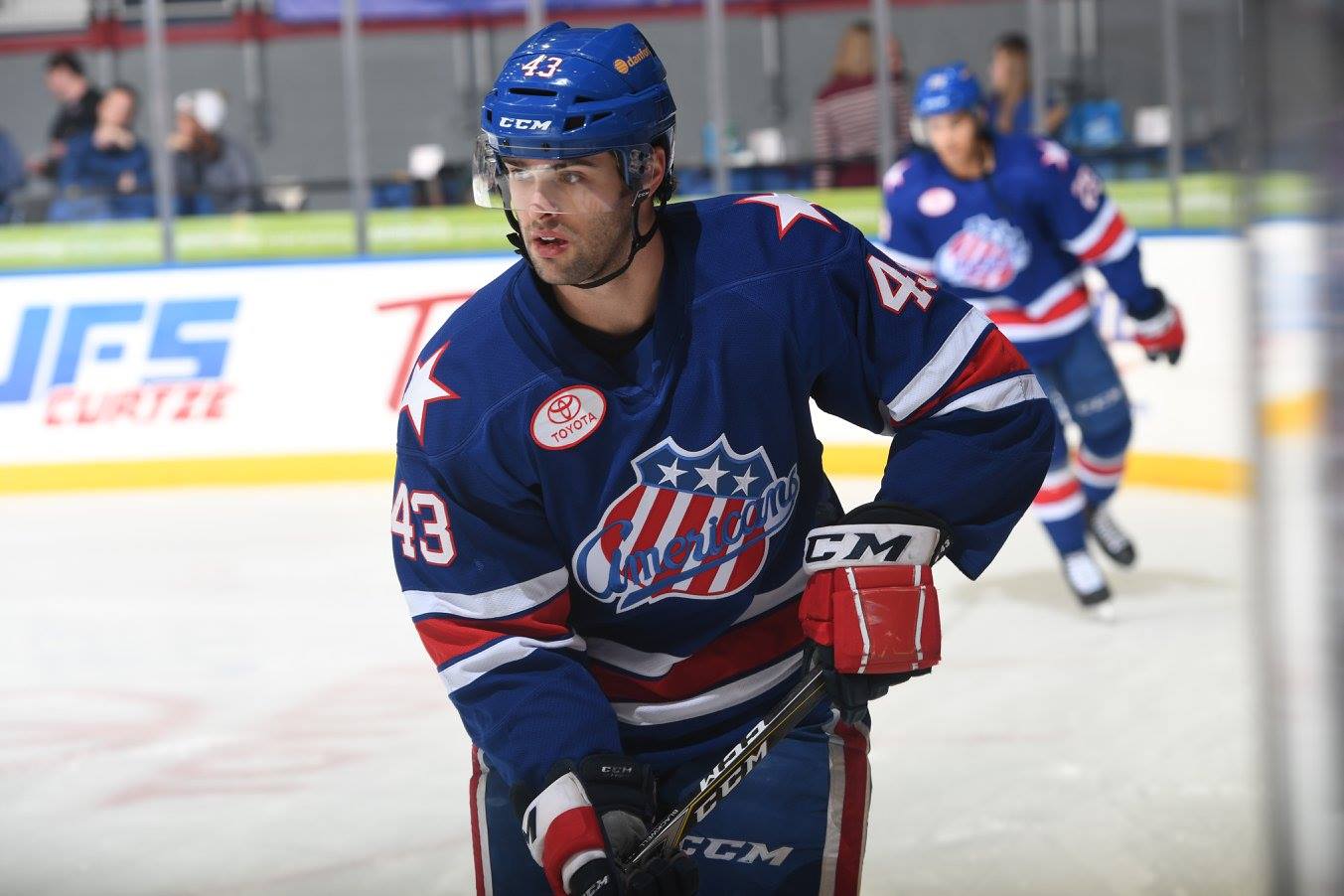 As the Amerks head into the 55th game of the season the words start to become meaningless without actions to back them up.

If the team was playing competitive hockey for 60 minutes but still losing close games the story would be much different. Nine of those 14 losses have been one goal games, five in overtime and three in shootouts. That doesn’t mean they were complete hockey games. That sounds like they’re playing close games but they’re really just hanging on. Players know that a string of wins is necessary at this point in the season.

The game plan is simple: Play 60 minutes and play the right way. Stuart Percy talked about it after practice. Seth Griffith talked about it. That’s the message in the locker room. Again, meaningless without results.

After the morning skate Chris Taylor said,Â “That’s just a want and we have to make sure guys want to do that.” He was talking about the usual stuff like backchecking, forechecking, battles, get pucks deep, etc.

There’s one player who’s always wanting a piece of the action, Colin Blackwell. He’ll be back in the lineup tonight after serving a two game suspension. In 39 games this season Blackwell has 5G+14A but the more impressive number is that when he’s in the lineup and gets a point on the score sheet the Amerks are 10-1-2-1. That’s a difference maker.

Gameday skates are always optional but everyone was on the ice this morning. Barry Goers and Adam Krause are the two players in orange jerseys.

#Amerks hosting the league leading Marlies tonight. Gamedays are always optional but everyone is here this morning. pic.twitter.com/EAVKKRxPQ0

It’s tough to feel bad for the league leading Toronto Marlies but they’re going through their first mini losing streak since the start of 2018. They’ve lost to Binghamton, Hershey and Belleville in three of their last four games.

In seven of the last eight meetings between these two teams dating back to last season, the team that scored first has gone on to come away with the victory. Cliche with every sport but score first to give yourself the early advantage.

Eric Cornel is on the injured list after leaving the game on Wednesday night early. No other update is available on his long term status. With him out of the lineup the Amerks don’t have any extra healthy forwards going into the weekend.

Every forward gets to play.Â Who wants it? We’ll find out when the puck drops tonight.

#Amerks Defend the Ice night jerseys are ready. Anyone planning to bid on one? pic.twitter.com/PL0yDPyDjc