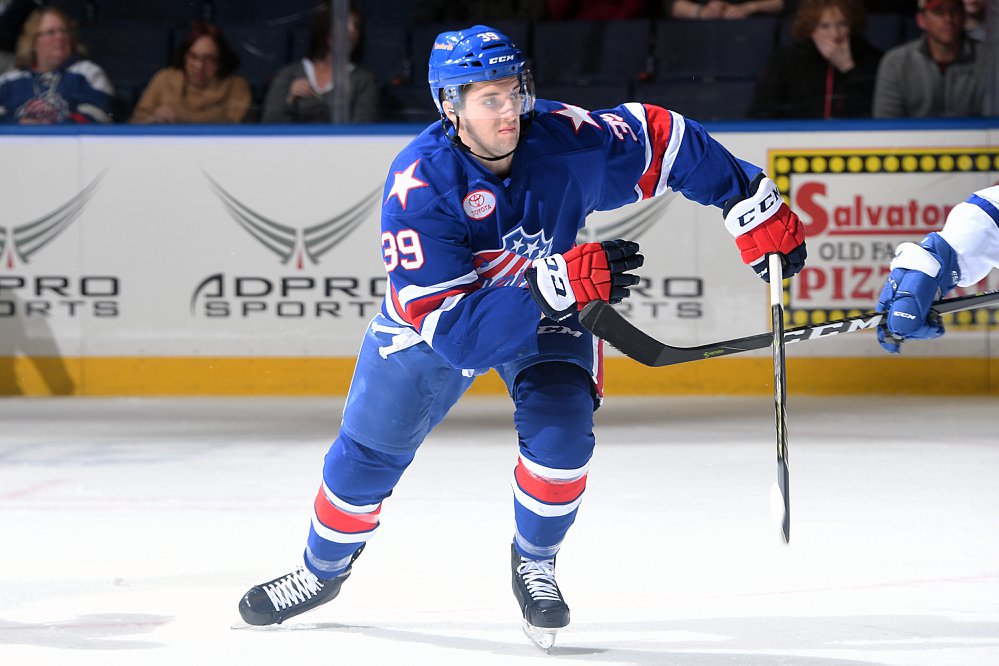 The day after the NHL trade deadline the Jason Botterill era has shown yet another sign that things are different. The Buffalo Sabres were in need of a forward when Kyle Okposo’s wife went into labor, they called up Seth Griffith, a leading scorer on the Rochester Americans this season.

Seems logical but in the past giving a young prospect a taste of the NHL in another meaningless season was the way to go versus rewarding a player that has worked hard all season.

Griffith is second on the Rochester Americans in scoring this season averaging almost a point per game with 34 points (14G+21A) in 36 games. While many players have gone through extended droughts of some sort Griffith isn’t one of those. In 36 games he’s only had two three game stretches without at least a point. He’s five points back of rookie CJ Smith who’s still leading the Amerks with 14G + 25A in 50 games.

The message has been the same from day one – the coaching staff wants to help everyone achieve their goals of playing in the NHL. The coaching staff and management has also repeatedly talked about internal competition for playing time and call ups. The way to doing that has been doing “the right things” which of course is another way of saying trust the process.

GM’s in previous years would call up someone like an Alexander Nylander, Justin Bailey or Hudson Fasching to give them another look even though their performance didn’t earn it and that never went over well with other players who performed at higher levels.

This move sent the right message that you will be rewarded when the opportunity is available, it’s not just based on prospect status.

Even if Griffith only plays in two games as needed while the Sabres are on the road it’s a move that shows yet again that times have changed for the better within the Sabres organization and it continues to build from the bottom up.