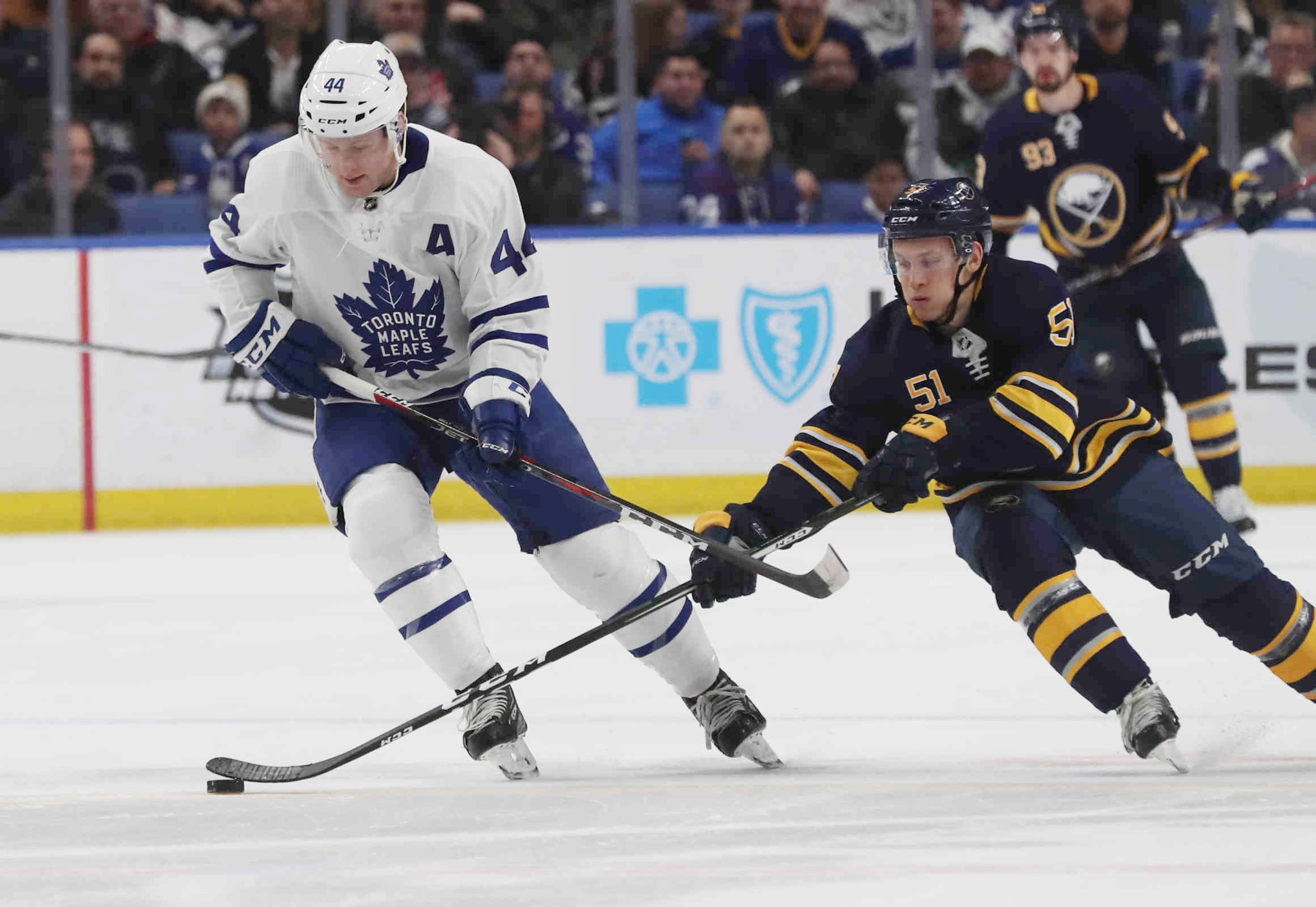 The bad news is that Kyle Criscuolo will be out 4 to 6 weeks with a left shoulder injury. The good news is that he’ll have fresh legs for the Amerks in the playoffs.

Evan Rodrigues was given a week to week status on his injury the Sabres were in need of a center and gave the call to Criscuolo on Sunday afternoon.

On Monday night Criscuolo took a hit from Matt Martin of the Toronto Maple Leafs and immediately took off to the bench and down the hallway.

The reason Criscuolo is out 4 to 6 weeks with a shoulder injury. #Amerks #Sabres pic.twitter.com/BBZPX5WLxA

Criscuolo leads the Amerks with 15 goals in 50 games this season, he also has 19 assists.

The Amerks have relied on depth all season and won on Sunday because of it. The line of Justin Danforth, Daniel Muzito-Bagenda and Dalton Smith lead the way. At the start of the season they would’ve been considered the sixth line.

There’s 17 games left in the season, it’ll be time for more of it and have a great stretch into the playoffs.

Seth Griffith is still with the Sabres and was a healthy scratch, why didn’t he play instead of Criscuolo?

The answer is simple, the Sabres wanted a center and that’s where Criscuolo has played all season. And played very well at the position on both ends of the ice.

It’s bad news for Amerks to lose a top player but at the same time this is why many players are here – develop and reach their goals of playing in the NHL.

When Linus Ullmark has been asked about a player getting called up at any point in the season he provides a genuine smile and talks about how happy he is for the player and hopes they do well. Coaches are the same. Other players are the same.

For too many years call ups were often based on draft position and hype for a prospect over actual performance throughout the season in Rochester. In years past when someone was called up that hasn’t been performing, or played a great game or two, it has sent a message through the locker room that only certain guys had a legitimate chance. And it was true.

For the first season in a long time the focus on Rochester has been winning, development and depth. Win as a team, grow as players, move on and then there’s depth to fill in the openings. Those guys in the depth positions step in, work their way up and repeat.

A simple approach that hasn’t existed.

They aren’t going to all be kept in a bubble in the minors when there’s an opportunity to be rewarded.

Another sign of the culture shift that has changed in one season in a positive way. It must be working because the Amerks are in the playoff picture and competing at the top of the league. Yes, they’ve had a bad stretch and struggled but have never been “out if it.”

But yea, it still stinks to lose a player.

The Amerks have also been playing without CJ Smith for the last nine games as he works on returning from a lower body injury. His initial status was 3 to 4 weeks which would put his return back within the next week.

CJ Smith still leads the Amerks with 14G+25A even with missing a long stretch.

Other injury updates: Garret Ross (week to week) is skating on his own and Eric Cornel (day to day) returned to Amerks practice today.

2 thoughts on “Kyle Criscuolo out 4 to 6 Weeks; More on the Call Up”