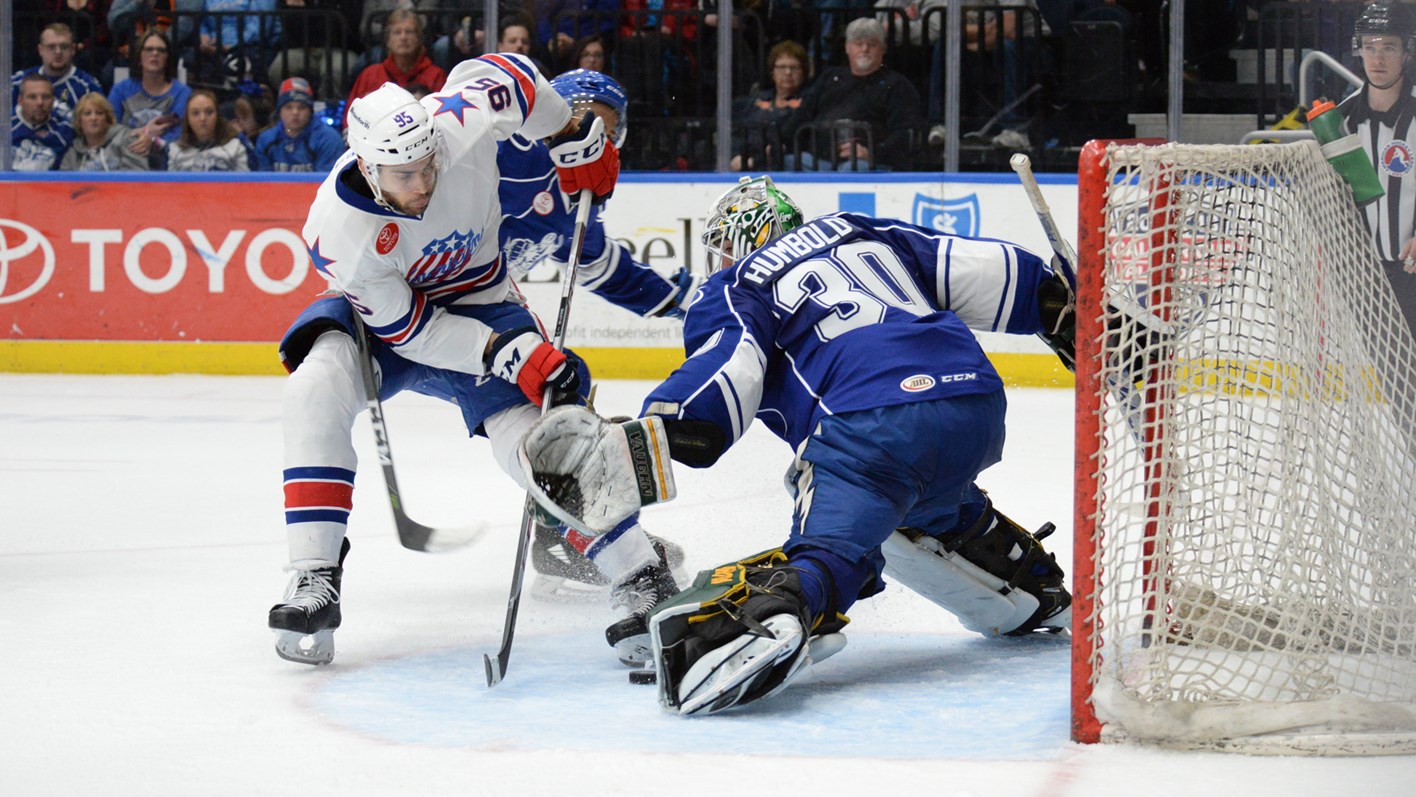 The Rochester Americans finished the 2017/2018 regular season with a 4-2 win on the road in Syracuse and with the win they secured third place and a first round match up against the Syracuse Crunch. The first round is a best of five series, remaining rounds are best of seven.

On Saturday night in Syracuse goals were scored by Justin Bailey, Alexander Nylander, Garret Ross and Sean Malone backed by Adam Wilcox with 24 saves in the win. (Full game recap below from Amerks.com)

Syracuse is an easy 90 minute drive and worth the road trip, you’ll be back in Rochester before midnight.

The Amerks are giving away 5,000 rally towels for the first-round, courtesy of Seneca Niagara Resorts & Casino and Genesee Brewing Company.

Stick around, there’ll be plenty of coverage to come!

April 14, 2018 Rochester at Syracuse game recap from the Rochester Americans at Amerks.com

(Syracuse, NY) â€¦Â The Rochester Americans (37-22-11-6) closed out the 2017-18 regular season in very much the same way as they opened it, defeating the Syracuse Crunch (46-22-3-5) by a two-goal margin. With Saturday nightâ€™s 4-2 victory from the War Memorial Arena, Rochester secured third place in the American Hockey Leagueâ€™s North Division standings.

By clinching the third-best record in the Division, the Amerks, who finished with a record of 7-2-1-0 in their last 10 contests, will begin the 2018 Calder Cup Playoffs against the Crunch on Friday, April 20 at 7:00 p.m.

The Amerks were fueled by goals fromÂ Justin Bailey,Â Alexander Nylander,Â Garret RossÂ andÂ Sean Malone. GoaltenderÂ Adam Wilcox, who made his first start after missing the last seven games while on recall with the Buffalo, made 24 saves to improve his record to 12-7-7 in 30 appearances this season.

Rookie forward Alexander Volkov tallied a pair of goals for Syracuse, which entered the season finale with a 6-1-1-1 record this season in the head-to-head series, while Olivier Mantha made his first-career start with the Crunch and was tagged with the loss. The Quebec City, native was recalled earlier in the day from the Adirondack Thunder (ECHL).

After the Crunch opened the scoring on the power-play, the Amerks countered with a goal of their own while on the man-advantage to even the score at 1-1 less than two minutes later.

Skating into the Syracuse zone, Bailey drew a high-sticking infraction at the 12:37 mark of the first period.

Rochester, however, needed only 24 seconds of the infraction as Bailey spotted a loose rebound and slipped in his 10th of the season and third in the last two contests.

C.J. SmithÂ andÂ Seth GriffithÂ were credited with the assists whileÂ Taylor FedunÂ shot the puck from the top of the point before Griffith and Smith exchanged passes with Bailey.

As it appeared the cross-town foes were going into the intermission break deadlocked at 1-1, Nylander tracked down a Crunch defenseman behind his net before he stole the puck from the blueliner in front of Mantha. Nylander ripped a shot past the blocker of the netminder and gave Rochester a 2-1 lead with 62 seconds left in the period for his eighth marker of the campaign.

Rochester kept pressing early in the middle stanza as Ross deposited aÂ Brendan GuhleÂ shot into the back of the net to give the Amerks a two-goal cushion 3:22 into the period.

Hudson FaschingÂ was awarded the secondary helper while Guhle was given the primary.

Syracuse pulled within one goal as Volkov tapped in his second of the night with 14:05 left in the second period, but that was as close as the Crunch would get to evening the game before Malone sealed the 4-2 win late in the third period with the goaltender on the bench.

The same two teams will meet in the first-round of the 2018 Calder Cup Playoffs. The Amerks will begin the postseason on the road before hosting Games 3 and 4 of the best-of-five opening round series on Wednesday, April 25 and Friday, April 27 at The Blue Cross Arena. Both games will start at 7:05 p.m.

2 thoughts on “2018 First Round Details: Rochester vs Syracuse”