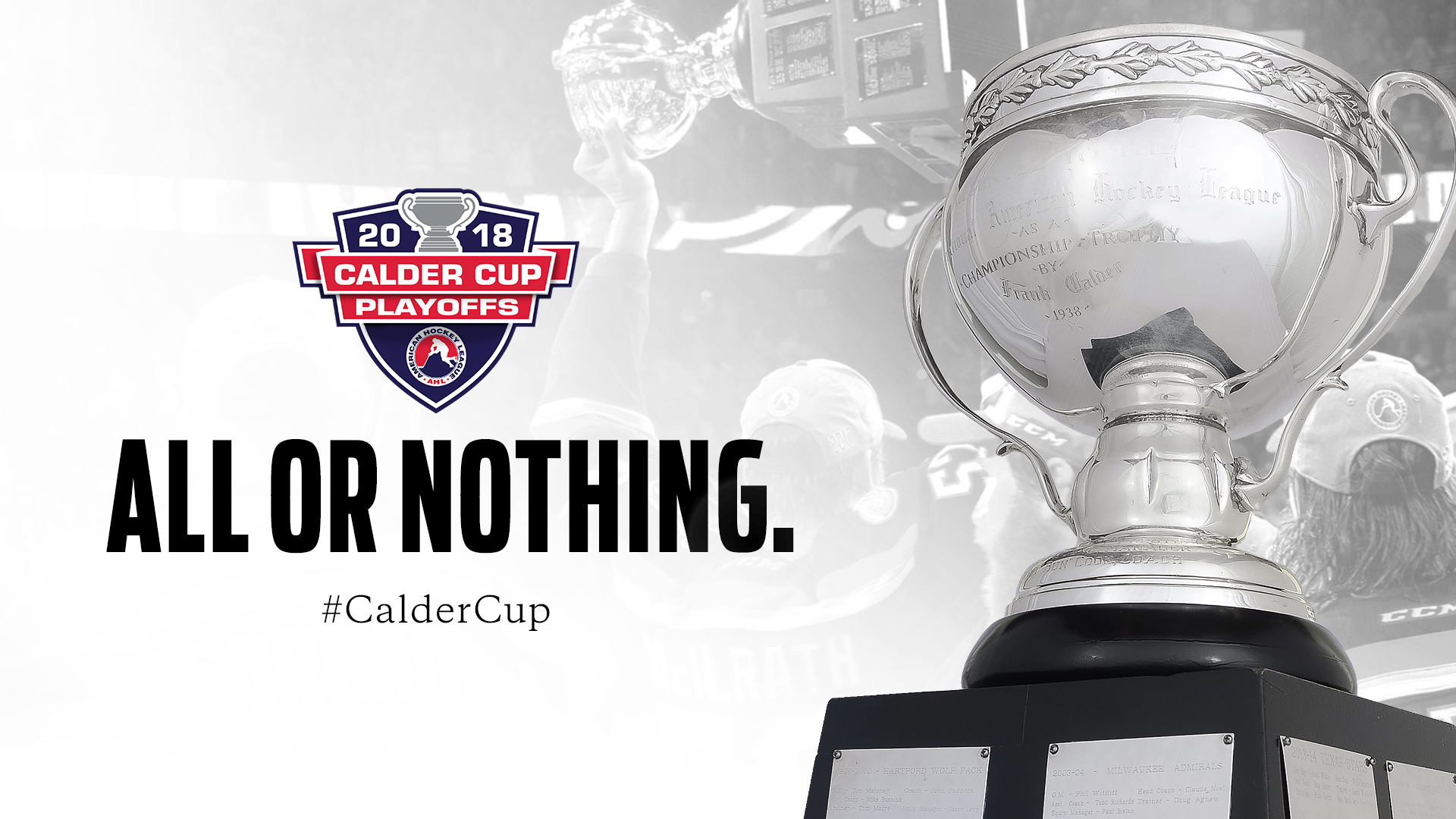 The Amerks are down 2-0 in the best of five series but aren’t out of it yet. A season isn’t over until that final hand shake line and that’s the last thing the team wants to do on home ice.Â If you’re reading this and live in Rochester you should be at the game.

Emotions are in check, the game plan is set and the only thing left to do is win one game. And then another. And another. Syracuse knows that they’re going against a team that will leave everything on the ice and go hard at them.

After practice on Tuesday morning CJ Smith said, “Forget about the last two games and worry about Wednesday. Championship mentality, one game at a time.”

“I think there’s more focus,” Chris Taylor on how two days of practice have been this week. “I think the guys understand where we’re at.”

There’s a simple message – it’s a one game series. They know they can beat the Syracuse Crunch and even though they’ve been outscored 12-7 in two games they’re going into the game with confidence.

Taylor also said this week, “Results is what ultimately matters and we know that.”

They’ll be without one defenseman, Andrew MacWilliam was suspended for three games.

Six players were called up from Cincinnati after they ended their season in the first round of the playoffs: Forwards Justin Danforth and Daniel Muzito-Bagenda. DefensemenÂ Arvin Atwal and Eric Knodel. Goalies Jonas JohanssonÂ andÂ Jason Kasdorf.

There’s still hockey to play in Rochester and the decision to have them around instead of sending them home.

The current playoff format of best of five in the first round started in 2012. Since then six different teams have come back from being down 2-0 and then forcing a game five. Two have advanced do the second round. One of the two teams that advanced was the Grand Rapids Griffins in 2015. They were outscored 12-6 by Toronto in the first two games. The next three games Toronto was outscored 13-7 by Grand Rapids.

Two current Amerks players were on that Griffins team that advanced – Kevin Porter and Nathan Paetsch.

In 2013 Providence Bruins were the other team to win three straight after going down 2-0 against the Hershey Bears.

Another historic comeback can start tonight.

Before the playoffs started last week Amerks GM Randy Sexton talked about being pleased but not satisfied with the season. When asked what would bring satisfaction he replied, “Satisfaction for us really will be having a long hard series but most importantly seeing each and every player on our team get better. To have success in the regular season is and was important and weâ€™ve had that, and our guys have all improved. This is the second season, this is the post season. We need to see that continued improvement and development in each and every one of our players and our staff.”

After two playoff games we’ve seen the same set of players continue to play hard, the same players struggle and a complete disappearing act for one. A story of the season has been “the response” and how the team and players respond from being down. Tonight might be the last chance this season.

When Taylor was asked if this week defines how someone is looked at over the summer he said, “Absolutely. It’s going to show us individually where you’re at and where you’re at as a team player.”

It shouldn’t be any surprise that the new players brought in by the new regime are the ones that continue to play the best.Â Kevin Porter, Colin Blackwell, Zach Redmond, Kyle Criscuolo, CJ Smith, Andrew MacWilliam, Stuart Percy and Sahir Gill have made mistakes at times like everyone else but every shift from start to finish they’re out there working hard.

Returning players Justin Bailey and Nick Baptiste each scored big goals as neededÂ on SaturdayÂ night in game two. Down by two goals Justin Bailey scored short-handed. Down by two goals again Nick Baptiste redirected a shot to give the Amerks a chance again. Rookie Sean Malone has been as reliable as he has been all season winning face offs and battling for loose pucks.

Sahir Gill missed a week of practice with a giant walking boot and was limpingÂ on FridayÂ night during game one. He playedÂ on SaturdayÂ night and was skating like he never missed a practice or game. That’s a championship mindset that Colin Blackwell often talks about. Gill has had a career season and continues to show up to play every game.

In 2004 the Amerks were down 3-1 in the first round against the Crunch when a struggling Ryan Miller sat out games five and six. Tom Askey stepped in and won two games. Ryan Miller returned for game seven and the Amerks won the series in overtime.Â Ryan Miller continues to have a successful NHL career that isn’t defined by sitting in two AHL playoffs games – but it was a wake-up call.

Linus Ullmark has struggled in two games.Â He has a 5.59 goals against average and a .880 save percentage. Are they all his fault? No. But he hasn’t been the top goalie he’s expected to be.Â Could Adam Wilcox change things up this week? Doubtful. Players and the coaches said after the gameÂ on SaturdayÂ that Linus was fine and to expect a huge game fromÂ on Wednesday.

When asked how he’d grade his performance so far Ullmark said, “Can I say awful or should I say something else? It’s tough, they’re a good team. A lot of things have been going their way and not gone our way. Playoff hockey is like that.”

Talking about how the players after the game on Saturday still had confidence in him Ullmark responded with, “It’s very reassuring, you don’t want anyone having any doubts in their mind about how we’re going to play. I have full faith in my guys and hope they have faith in me. It’s one of those things that you have to have each others backs no matter what.”

Syracuse is changing things up and going with Connor Ingram in game three. Does Wilcox start for Rochester? Doubtful but we’ll find out this morning.

Alexander Nylander has disappeared. In two games he’s only had one shot on net and was benched in the third period of game two (except for one short shift). He had a few opportunities to shoot the puck but hesitatedâ€¦ looking to make a pass instead of the necessary shoot first playoff mind set. He’s had opportunities to chase pucks in the Crunch offensive zone but hasn’t.Â These aren’t new problems, they’ve been problems for two seasons.Â Does Nylander have the same fate in game three?

Hudson Fasching was a healthy scratch in game two of the playoffs after a poor game one.

Brendan Guhle has been chased down in the Amerks zone and has struggled to be the fast skating breakout defenseman he’s hoped to be. He shares a minus-5 stat along with Taylor Fedun. Guhle will be a full time NHL defenseman and it’s likely it’ll be as early as the 2018/2019 season. As quoted above, Randy Sexton talked about looking for continued improvement and development, it hasn’t happened with Guhle.

With everything on the line it’s time to define the season tonight and keep it going.

The playoffs are just a segment of the overall grade a player will have by management. Playoff performance isn’t going to end a hockey career but it can certainly define where it’s at right now. Chris Taylor has had individual conversations with everyone about the way the game is being played, there’s open and honest dialogue within the team. It may not seem that way based on quotes to the media but that’s because they keep it all internal.

Overall the 2017/2018 season has been a big improvement in every way with turning the Rochester Americans around but that shouldn’t satisfy anyone. The season needs to extend to Saturday night in Syracuse for game five.

A three-game comeback is possible and there’s enough talent on the team to make a run at it. Every player is taking tonight as a one game series. That’s the only mindset anyone can have otherwise it’ll be over early on Wednesday night.

Any moral victories about the overall season in Rochester being better than previous years can come later on. Right now, this is the playoffs, it’s perform and win or go home. All or nothing. Who shows up to win?