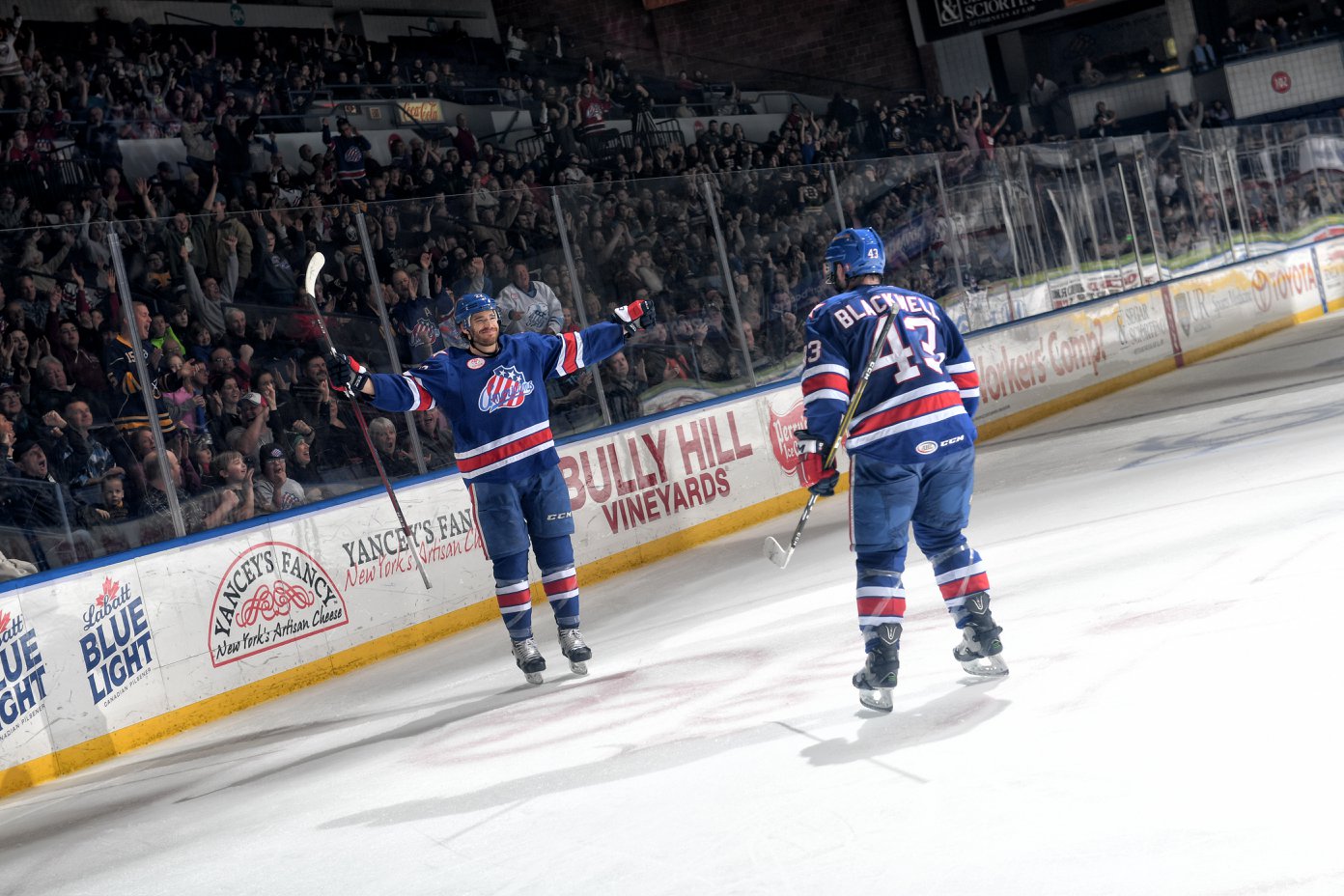 Redmond is a leader on and off the ice and having him back with the team is a great veteran signing. At the end of the season when I asked him about a personal highlight he said, “Truthfully getting traded here. The beginning of the year was kind of tough. Things werenâ€™t going well in Montreal. It was time for a fresh start and you just never know if youâ€™re going to get traded and where. For me to get the call that Iâ€™m headed here, I knew a few people and heard enough about it to be comfortable right away and it just couldnâ€™t have been a better situation.”

The defenseman is coming off of a career best season in all offensive categories. He had a team leading 47 points (15G+32A) in 66 games. The 15 goals and 32 assists were personal bests for him in his eighth professional season. His eight power play goals were also a team high. He also scored two goals in three games during the playoffs.

Redmond also finished the regular season ranked third among all AHL defenseman with 15 goals. In the league he was alsoÂ fourth in points and fifth in assists. The offensive production earned him a selection to the AHL Second All-Star Team.

He was also great in the defensive zone as well. There aren’t stats to back it up like the offensive categories but anyone who watched the Amerks on a regular basis knows this and will welcome him back.

Redmond was added to the Amerks roster the week of the 2017/2018 regular season starting after a trade between the Buffalo Sabres and Montreal Canadians. The move sentÂ Nicolas Deslauriers to Montreal. Redmond embraced the opportunity and was a leader from the beginning. He was originally drafted in 2008 by the Atlanta Thrashers in the seventh round (184th overall).