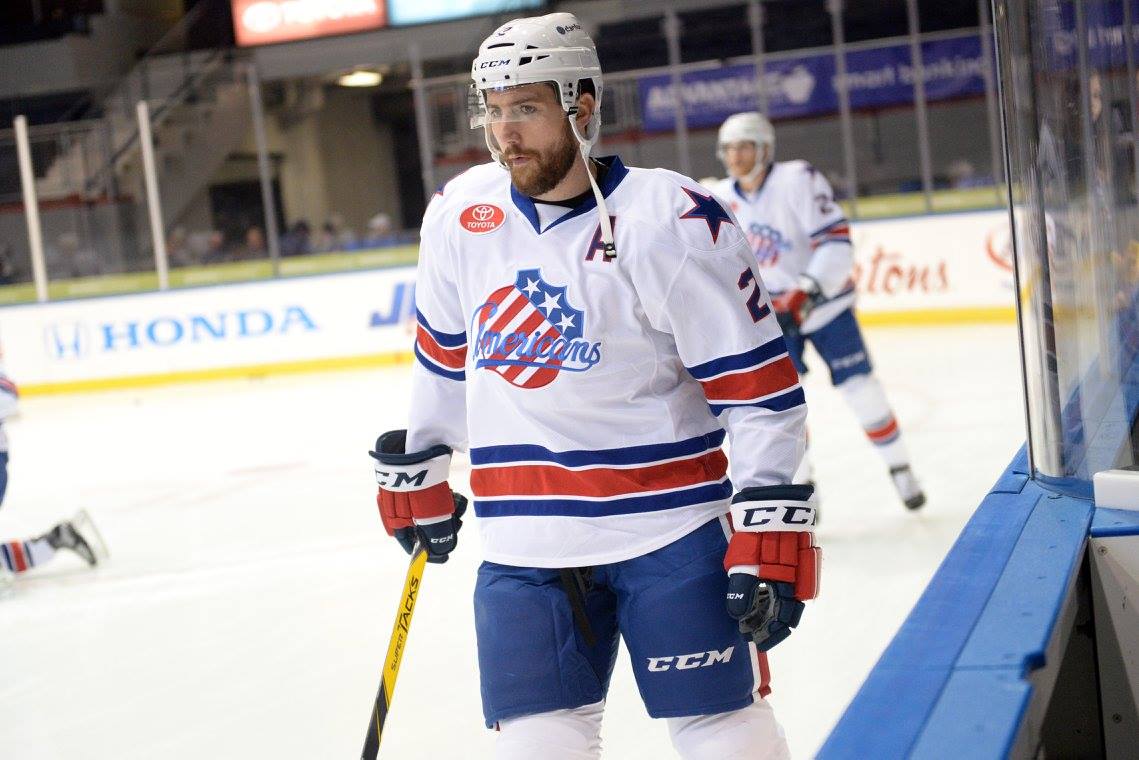 MacWilliam will be returning for his second season with the Amerks after establishing himself as a veteran leader on the blue line as a defensive defenseman. In 54 games he had eight assists along with 73 penalty minutes. MacWilliam is a physical defensive defenseman and that’s shown by his +19 which was a team high on the 2017/2018 Rochester Americans. He had missed 16 games this past season due an upper body injury after blocking a shot. The value that MacWilliam brought to the team was recognized during those 16 games when the team struggled defensively.

He’ll have to sit out the first two games of the regular season to finish serving a three game suspension from the playoff series vs Syracuse.

Arvin Atwal spent most of his 2017/2018 season with the Cincinnati Cyclones but in the 14 games he played with the Amerks he was seen as a reliable depth player. In those 14 games he had 3 points (2G+1A) and in 27 games with the Cyclones he had 11 points (3G+8A). Atwal made his presence known in his first AHL game when Alexander Nylander was dropped to the ice from a big hit by DanÂ Catanacci. Atwal wasted no time going to his teammates defense and dropping the gloves.

There’s a lot of defensive depth again within the organization.

In case you missed it yesterday the Amerks also signed Zach Redmond to a two year AHL contract.