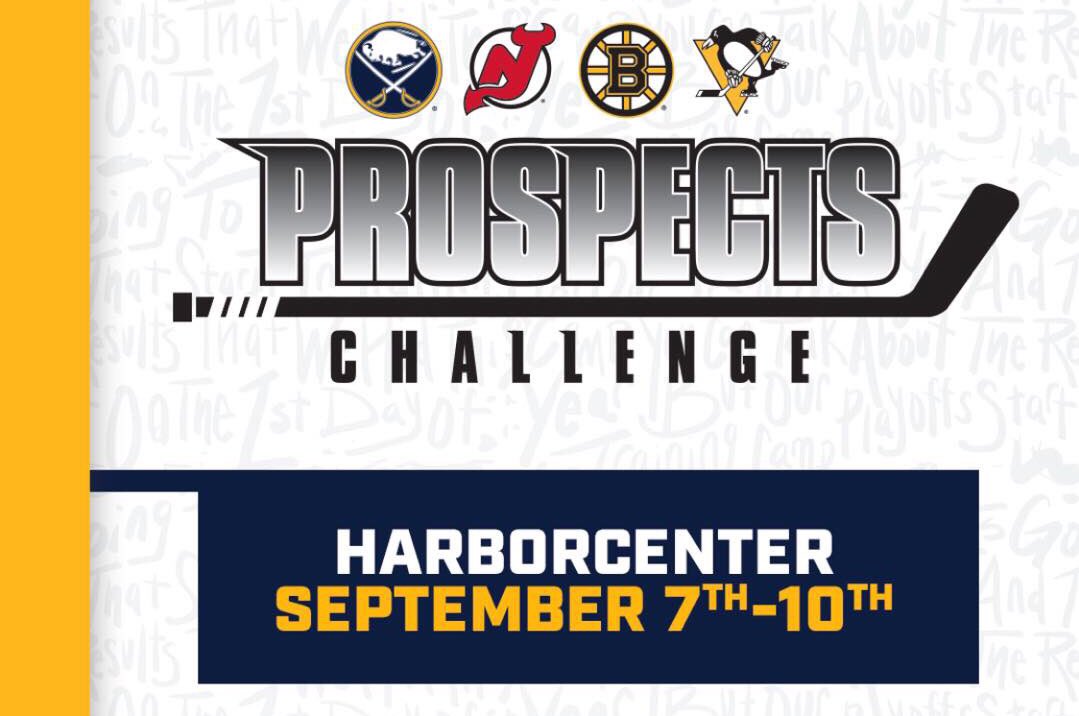 The four-day Prospects Challenge tournament kicks off today at the HarborCenter between the Buffalo Sabres, New Jersey Devils, Boston Bruins and Pittsburgh Penguins. Whatever team comes out on top is meaningless but what happens within the games can have a lot of meaning.

A stand out at the 2017 Prospects Challenge was Colin Blackwell. He was a late invite after an injury sidelined Sean Malone. Blackwell made an impression and it earned him an invite to training camp, an AHL contract and over the summer he signed his first NHL contract with the Nashville Predators.

Rasmus Dahlin, Casey Mittelstadt, Brendan Guhle and Alexander Nylander are the names that immediately stand out as players to watch. Dahlin and Mittelstadt are a lock for the Sabres roster on opening night. There’s an abundance of defenseman that Guhle will have to rise up above and Nylander still has a lot to prove. Those guys know what their roles are and what they have to do. We saw Will Borgen at the end of last season and he was a stud on defense. He’s not on the list below because we know he’ll fit right into the lineup.

Here’s six new players to the organization that I’ll be watching as they’re expected to be key players for the 2018/2019 Rochester Americans:

The Sabres traded up five spots in the 2016 NHL draft to be able to select Asplund and after two development camps he’ll be playing in his first meaningful games in North America. The 20yr old center was a projected first round pick before falling into the second round. He wanted to make the jump last season but the decision was made to keep in him Sweden for one more season, a move he wasn’t happy about at the time. Playing an additional season was the right move. He’s a two-way player that hasn’t hesitated to go into the so called dirty areas, he’s not a perimeter player.

This 23 year old college player fits the mold of what Jason Botterill and Randy Sexton have been looking for. Older, has played college hockey with a consistent development path. Oglevie was an alternate captain in his third season, second among skaters in scoring, clutch scorer, two-way center and lead the Fighting Irish to the finals of the Frozen Four.

The release that Olofsson has on his shots is remarkable and he could be a lethal scorer, especially on the power play. It’s been a long time since the Rochester Americans have had a legit sniper on offense and it’s possible he can be that guy. Pure scoring threat. That sums up the role that Olofsson should play this season.

This Boston University graduate defenseman is entering an organization with anÂ abundance of defenseman and this will be his chance to make an impression. He was acquired from the Arizona Coyotes in exchange for Hudson Fasching. Hickey was originally drafted by Calgary in 2014 and then traded to Arizona. Entering his first pro season he’s already been traded twice and will have a chip on his shoulder to prove other teams passed up on a quality defenseman.

The Swedish Hockey League’s best defenseman arrives in North America to join fellow Swedes in proving they’re among the elite players in the world. Pilut was also an alternate captain last season and finished with 8G+30A in 52GP. At 5’10” one may think his size could be an issue but as many players have shown, it’s how you play, not your height.

Last for no reason other than how I typed out the names is Tage Thompson. He split the 2017/2018 between the San Antonio Rampage (30 games) and St Louis Blues (41 games). Thompson was acquired in the trade that sent Ryan O’Reilly to the Blues. At 6’5″ the first thing noticeable about him is his size. Jason Botterill has said that Thompson will compete for a job on the Sabres roster. There’ll be a lot of competition for a limited amount of spots and if he doesn’t start in Buffalo he’ll be a valuable asset in Rochester.

Forward Matej Pekar was a pest (in a good way) at development camp and was a standout in making a name for himself. He’ll be playing in the OHL this upcoming season with the Barrie Colts. As an 18yr old in the USHL he had 14G+40A in 56GP. Goaltender Ukko-Pekka Luukkonen will be playing with the Sudbury Wolves in the OHL. Luukkonen could be on the Amerks roster for the 2019/2020 season based on his play this season.

The Athletic -Â If Alex Nylanderâ€™s season mimics his summer, he could answer a lot of questions for the Sabres

Sabres.com -Â Nylander looking to make most of opportunity at Prospects Challenge

Sabres games will be streamed online at Sabres.com – if you’re outside of the area you may need to look at ways into tricking your browser into thinking it’s in Buffalo (Google: spoofing browser location). NHL restrictions prevent the games from going out to the world.

Here’s the roster for this weekend: 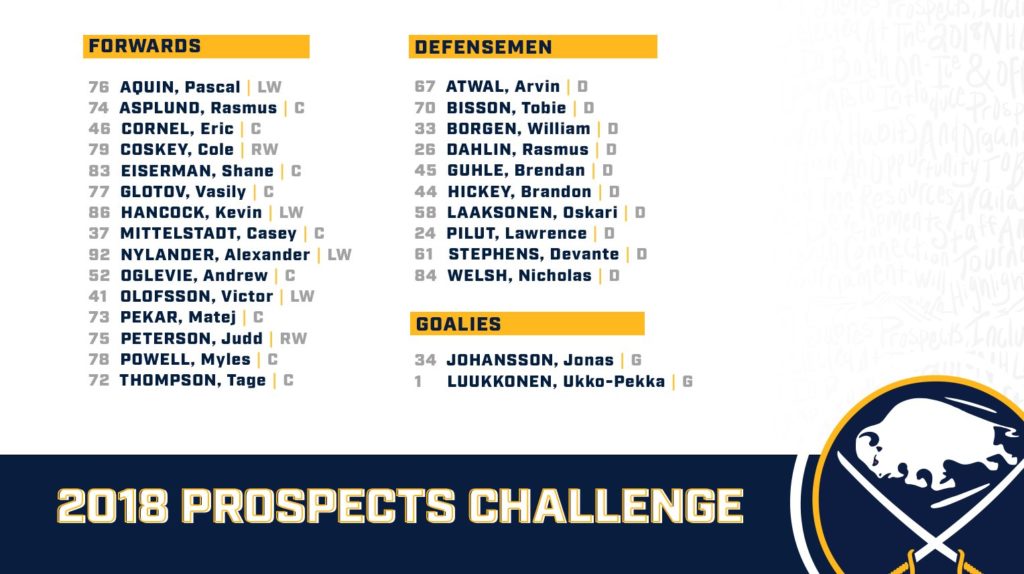