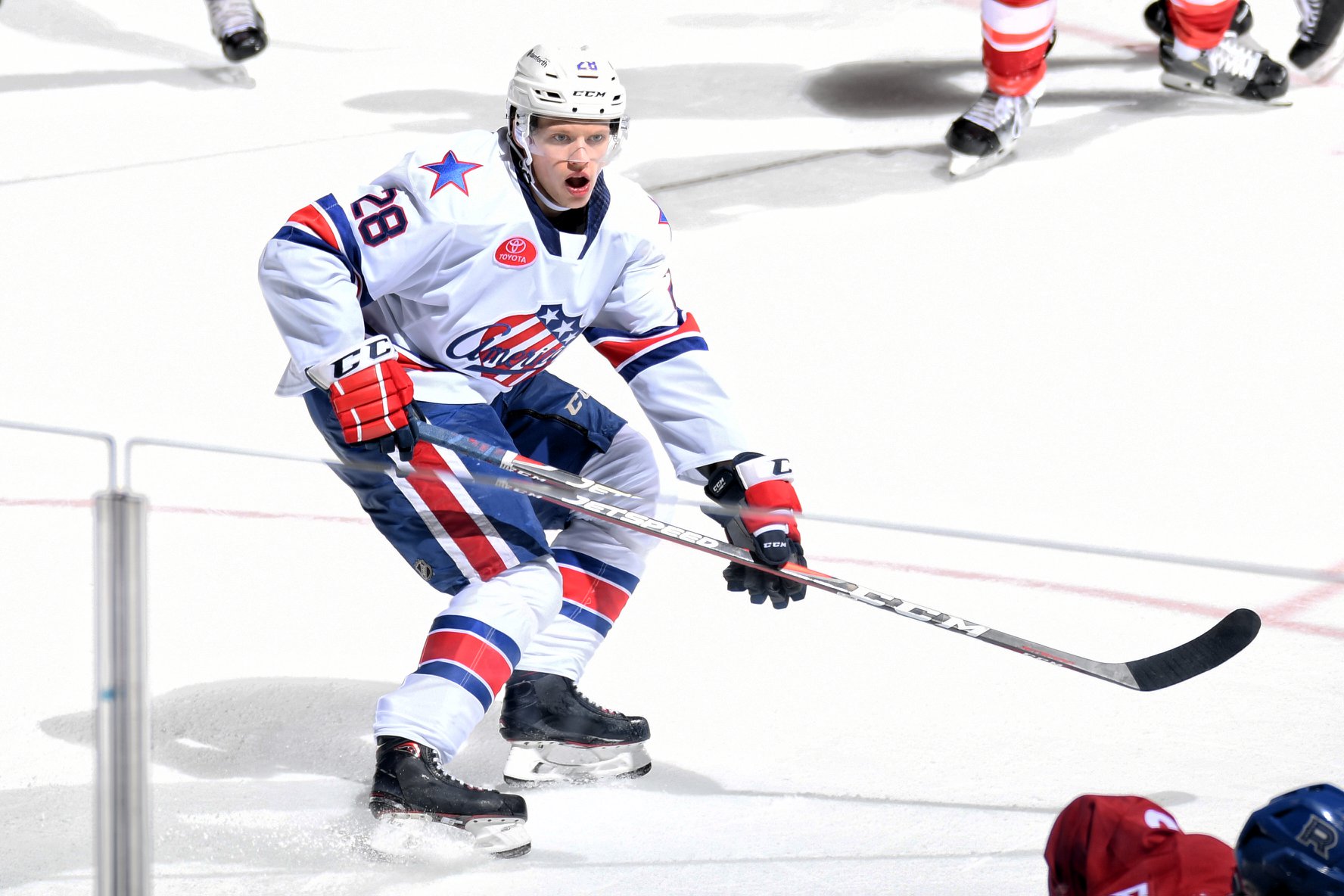 The Buffalo Sabres announced on Wednesday afternoon that they had called up defenseman Lawrence Pilut from the Rochester Americans.

Pilut is currently on a seven game point streak (1G+8A) with the Amerks, leads the team in points and is also tied for first in the American League with points. Pilut currently has 22 points (3G+19A) in 15 games played and he also has a plus-16 rating. Success has come on the power play for Pilut with 2G+7A when Rochester has the man advantage. The 22 year old undrafted defenseman jumped right into playing in the American League like a veteran player.

Besides Zach Redmond (12G+9A),Â the other six defenseman on the Amerks roster that have played this season have a combined 18 assists. They should be able to get through this but those are big numbers to fill even short term. Brendan Guhle has nine of those combined 18 assists.

Marco Scandella left the Sabres morning skate early and is considered day to day. He had blocked a shot by Evgani Malkin on Monday night.Â Nathan Beaulieu is an extra defenseman in Buffalo and expected to play tonight for Buffalo in the game against Philadelphia. Pilut completed a full practice on Wednesday morning with the Amerks.

The Sabres placed forwardÂ Patrik BerglundÂ on injured reserve to make room for the roster move.Â We’ll find out more soon enough in terms of how long he’s expected to be up.

For a longer write up on Pilut here’s a great piece published in The Buffalo News: