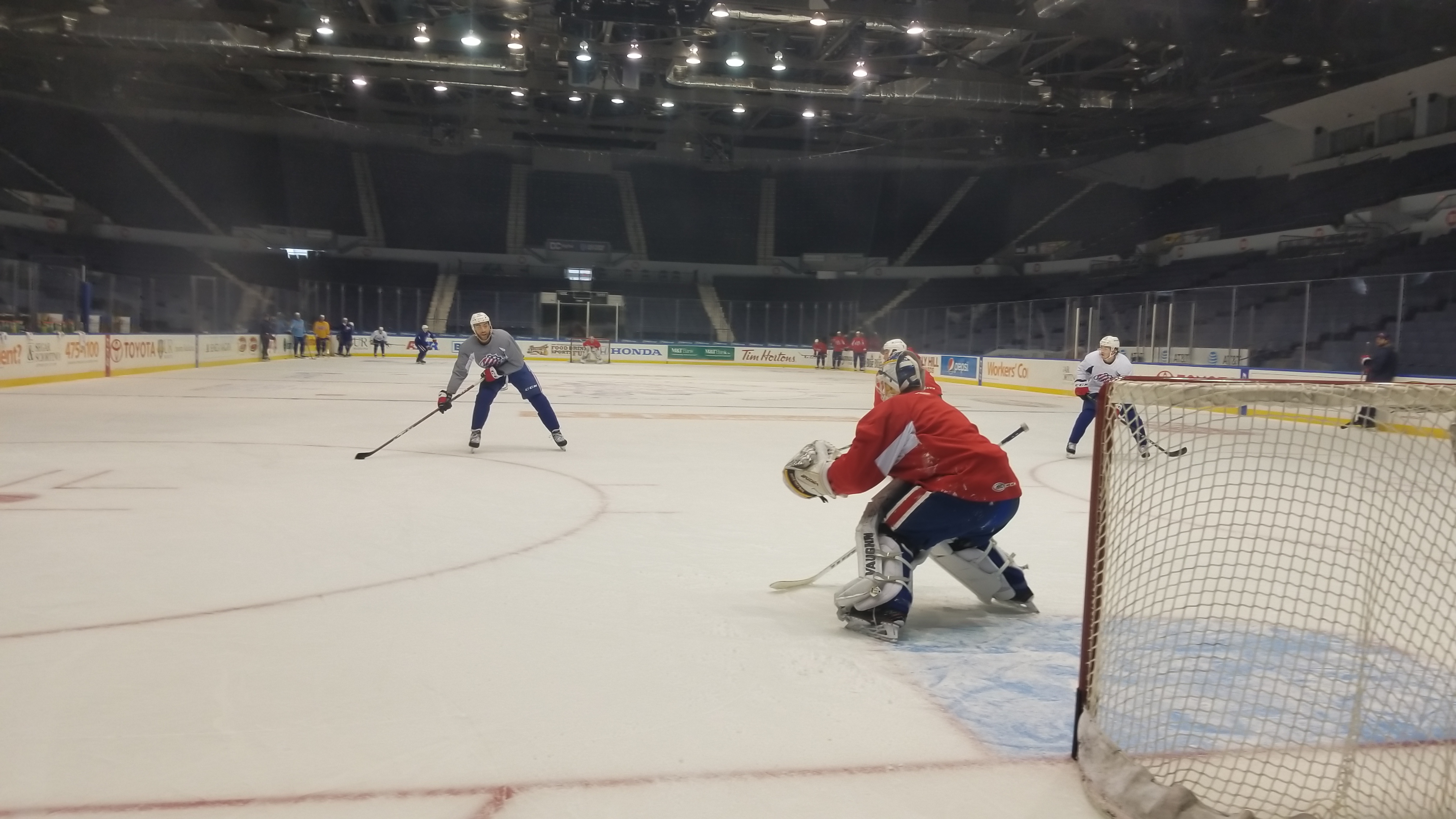 The Rochester Americans are back on home ice tonight against thruway rival and divisional opponent Utica Comets in front of what should be a lively post Thanksgiving crowd. It’s the first of two games this weekend, they’ll play on the road in Binghamton on Saturday night.Â These two teams have played twice this season and Rochester has won both. A 6-1 win in Utica and a 4-0 win in Rochester last month.

Last weekend the Amerks played three games on the road and came home with three out of a possible six points. An embarrassing loss against Springfield, gave up an overtime loss to Providence and finished with a come from behind win in overtime against Hartford. Three out of six points in three games in less than 48 hours is an ok weekend but expectations are higher and taking a period off cost them points.

Adam Wilcox gets the start tonight for the Amerks. He said that he thought overall they had a good weekend last weekend, with a laugh added, “just that 2nd period, record setting period against us.” The plan is to keep rolling, play 60 mins, play their game. In eight games this season Wilcox has a 5-1-1 record with a .902 save percentage and 2.88 goals against average. Wilcox made a number of big saves last Sunday to keep Rochester in the game and assist with the comeback.

Thatcher Demko returned to Utica this week and is always a tough goalie to play against. Chris Taylor talked about Demko knowing he can steal games. Playing against someone like Demko comes down to the second and third chances along with getting bodies in front of him.

The once hot power play has been struggling recently. Over the last eight games the Amerks only have two power play goals on 32 chances. In that same span the penalty kill unit has had to kill off 42 short handed chances with six goals scored against. They have a 5-2-1 record over those eight games.

Rochester currently sits in first place in the North Division with a five point lead over four others teams tied for second place at 19 points. Syracuse leads with the way with a current 7-0-1-0 run. The other three teams at 19 points are Cleveland, Belleville, and Binghamton. The Amerks are currently tied for third overall in the league which is good news but overall there’s only a five point difference between third overall and 18th overall. After this weekend they’ll be entering the second quarter of the season

The Amerks blue line will be without defenseman Lawrence Pilut who was called up to the Buffalo Sabres on Wednesday. He’s currently tied for the scoring lead in the American League at 22 points (3G+19A) through 15 games played.

I asked Chris Taylor about sharing the news with Pilut after practice on Wednesday and he said, “it was awesome, it was a great. There’s nothing better than giving anybody news that they’re going up to the NHL and that’s what we’re here for. He was very excited and a dream come true, hopefully he gets into a game.”

Look for Matt Tennyson to play on a line with Zach Redmond in place of Pilut. Redmond currently leads the league with six game winning goals and also leads the Amerks in goals with 12 through 17 games. The team record for goals by a defenseman in a season is 18 and he’s closing in.

Victor Olofsson returned to the lineup last Sunday and had an assist on the first North American professional goal for his line mate Rasmus Asplund.

Kyle Criscuolo is the only player on the injured list and isn’t expected to play this weekend. He hasn’t played since October 26th when he blocked a shot and didn’t return to the game. Official status when asked is day to day. He hasn’t skated in practices with the team since 11/14.

If you haven’t purchased tickets yet you can get a $20 best available seat through the Amerks black Friday sale.