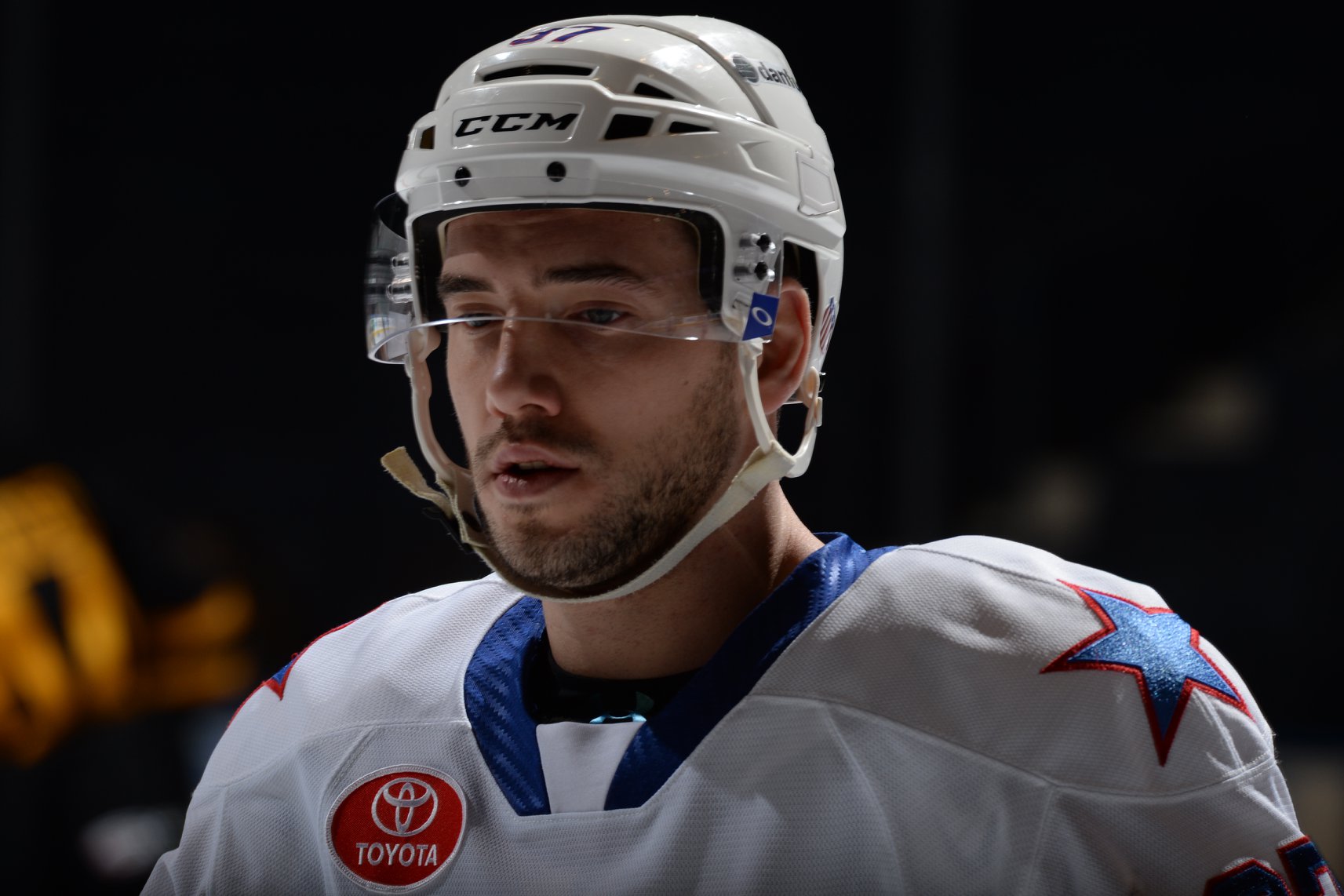 The American Hockey League handed out six different suspensions on Tuesday afternoon as consequences for various actions across the league. One of those suspensions went to Amerks forward Dalton Smith.

Here’s how the league announced it:

Rochester Americans forwardÂ Dalton SmithÂ has been suspended for one (1) game as a consequence of a boarding incident in a game vs. Providence on Dec. 7.

Smith was suspended under the provisions of AHL Rule 28.1 (supplementary discipline). He will miss Rochesterâ€™s game Wednesday (Dec. 12) vs. Binghamton.

The play happened early in the third period when Dalton Smith hit Jakub Zboril of the Bruins along the boards in their defensive zone.

Zboril was drafted b 13th overall in the first round of the 2015 draft by the Boston Bruins. He did not return to the game after the hit and has been listed as a week to week injury by Providence.

I'm guessing that this is what earned Dalton Smith the one game suspension as a "consequence of boarding." There was no call at the time. Jakub Zboril had left the game and didn't play on Saturday for Providence. pic.twitter.com/bEhT07pJ0H

In the above tweet I had stated I was guessing it was that play. I was able to confirm that was the hit that generated the suspension.

Later in the game Dalton Smith was challenged by Austin Fyten as a response.