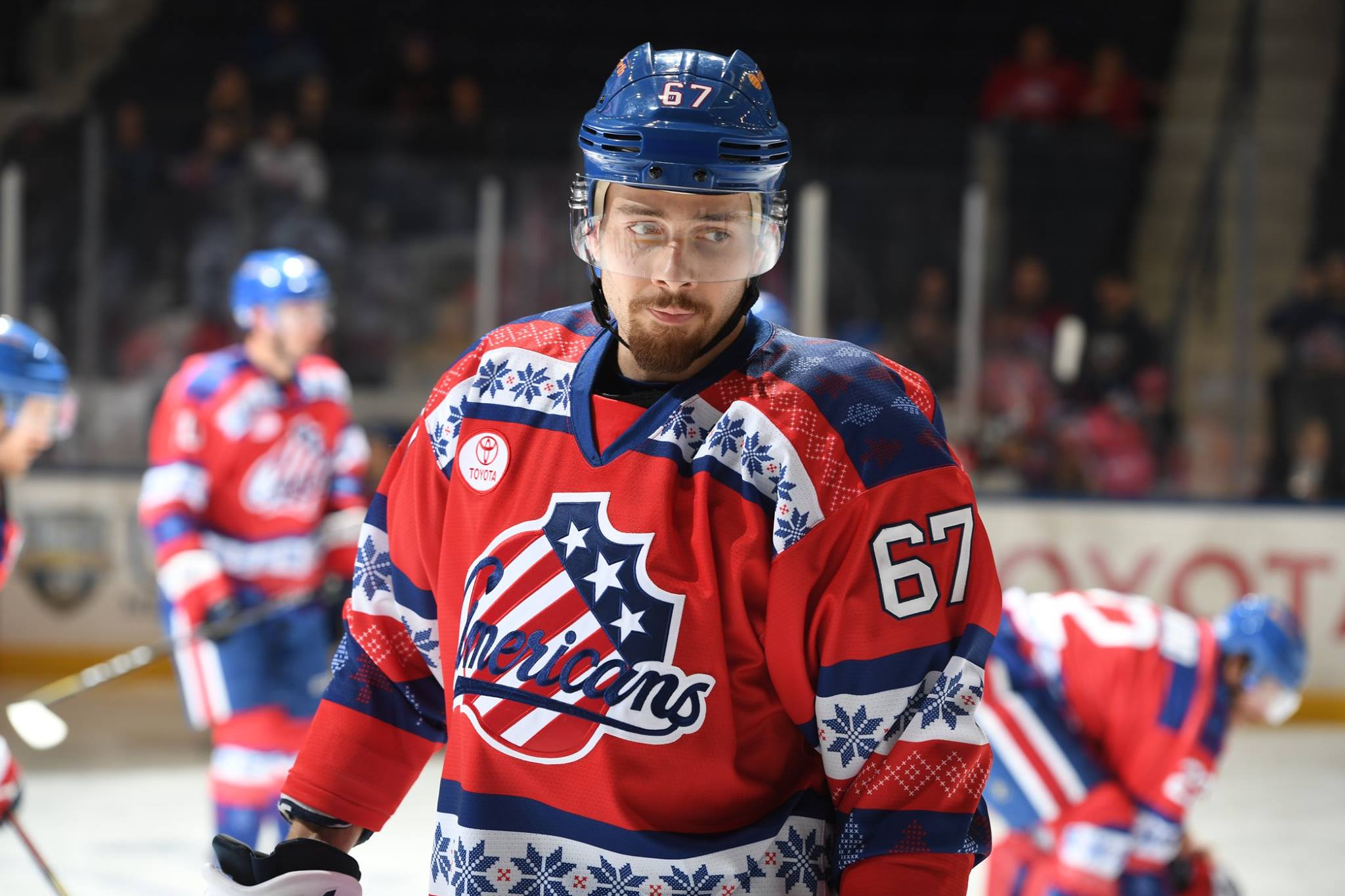 The day after the Christmas break and we’re right back into news and updates. Yannick Veilleux was suspended two games and the Amerks called up Vasily Glotov from Cincinnati.

On Wednesday morning the American League announced that Amerks forward Yannick Veilleux was suspended two games “as a consequence of his actions in a game vs. Hartford on Dec. 22.” He’ll serve the suspension by sitting out games on December 26th vs Cleveland and December 28th vs Toronto.

His “actions” occurred in the last minute of play on Saturday December 22 against the Wolf Pack when he got into an altercation with Ryan Lindgren.

And this is how it ended with Veilleux throwing punches at Lindgren. Prior to this Veilleux cross checked to the ice in the Wolf Pack zone by Lindgren. Schneider didn't get anything for jumping in. pic.twitter.com/0hnNtsCLXN

** Incorrectly named Schneider in the tweet above, it was Holland.

Hartford Wolf Pack forwardÂ Peter Holland was also been suspended for two games as a consequence of an illegal check to the head of an opponent in a game at Rochester on Dec. 21. The league announced it happened on Dec 21 but as you can see in the clip above it was Holland who came in late and delivered a cross check.

With the Amerks down a forward and no extras on the roster the team announced that they called up forward Vasily Glotov from the Cincinnati Cyclones.

In 29 games with the Cyclones he has 21 points (6G+15A) and is also a plus-6 with 12 penalty minutes. He only played in one game with the Amerks last season on the road in Laval.

Amerks are on the road in Cleveland tonight and host Toronto at home on Friday night.