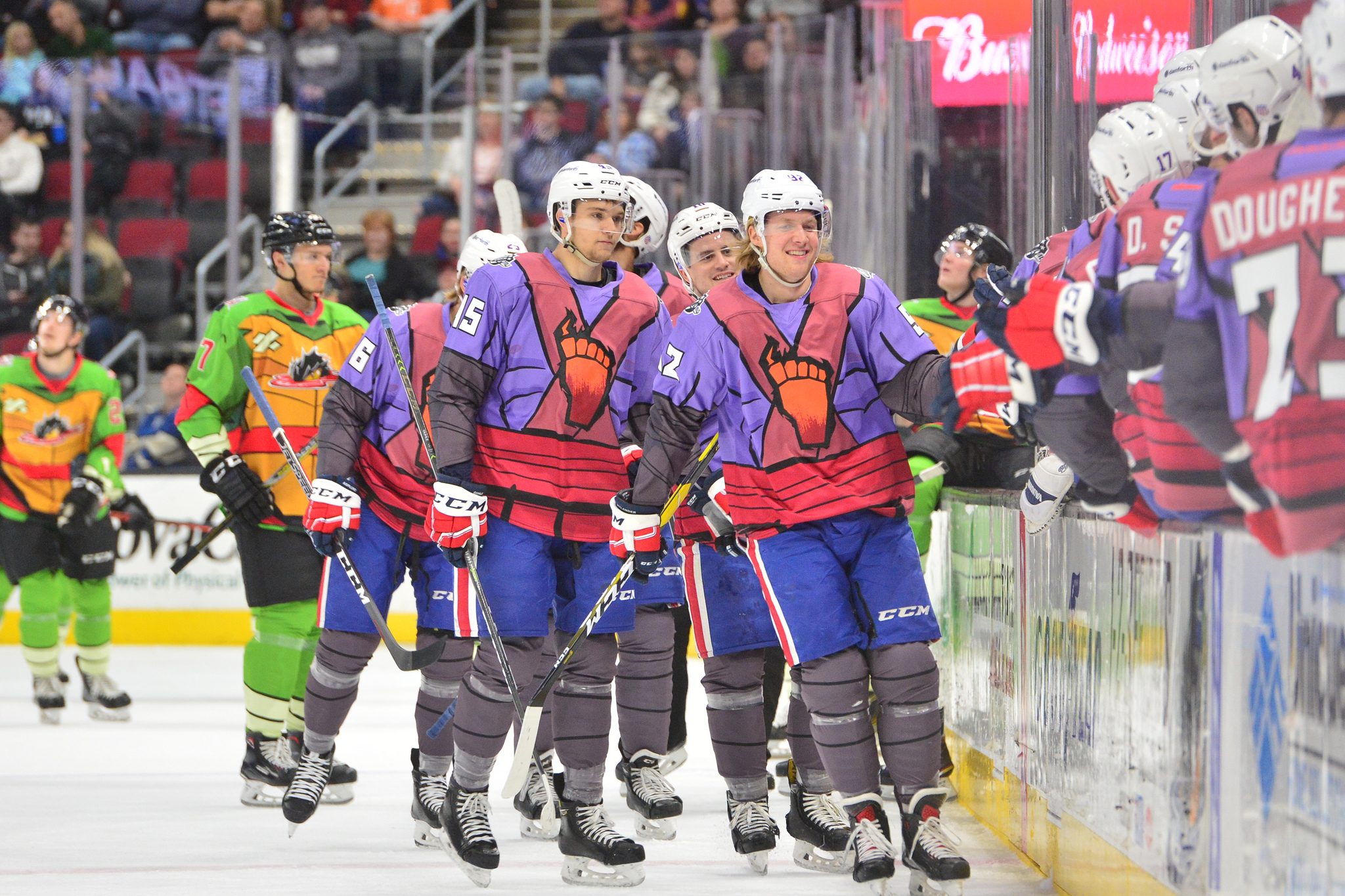 The Rochester Americans returned from Christmas break with a 4-0 shutout win on the road in Cleveland powered by three power play goals. The team had three days off, took a four hour bus ride to Cleveland on Wednesday, and won in a decisive fashion ending a three game losing streak.

Overall the Amerks played a 60 minute game and every time they’ve done that this season they’ve won. There were contributions from every skater on the ice in various ways which helped Scott Wedgewood earn his third shutout of the season.

Alex Nylander scored the first goal of the game, which turned out to be the game winning goal, at 7:35 of the first period by finding a loose puck in front of the net and beating Monsters goalieÂ Matiss Kivlenieks. Brendan Guhle earned the primary assist with a shot on net off a centering pass from Justin Bailey. That was the first of three power play goals for Rochester.

Through the first 10 minutes of the second period the Amerks continued to control the pace of play and had a 7-1 advantage in shots, they weren’t giving the Monsters any opportunities on the defensive side of the game.

CJ Smith carried the puck in from just below the blue line with what felt like all the time in the world to score a power play goal with 4:20 left in the second period. Danny O’Regan and Victor Olofsson had assists on the play for winning a puck battle in the corner. With that goal CJ Smith moved into the team lead in points for the first time all season.

It took just over four minutes into the third period for Wayne Simpson to score off of a great back handed pass from Kyle Criscuolo after a face off win. Criscuolo won positioning on the puck at the face off, used his back hand to put the puck towards the net and Simpson was quick on the draw to score.

With the sixth power play chance of the night Kyle Criscuolo scored his first goal since returning to the lineup from an injury. Great passing from CJ Smith to Olofsson to Criscuolo lead to the tic-tac-toe goal.

The Monsters had more shots in the third than the Amerks finishing the period with an 11-6 advantage butÂ Scott Wedgewood had a lot of help in front of him to complete the 31 save shutout for his tenth win of the season.

CJ Smith moved into the top spot on the team in points with a goal and assists, he now has 27 points (12G+15A). Victor Olofsson had two assists which puts him in second overall on the team at 26 points (10G+16A).

Overall it was a 60 minute game with four lines of forwards, three defensive pairs, and solid goaltending. The key to every Amerks win and they’re not 4-0 against Cleveland this season.

They Amerks are at home Friday night to host the Toronto Marlies.

In case you’re wondering about the jerseys, this was the first of two Teenage Mutant Ninja Turtle themed nights between the Amerks and Monsters. The Amerks were the foot clan and the Monsters were the turtles. They’ll wear the same jerseys in Rochester on March 22. 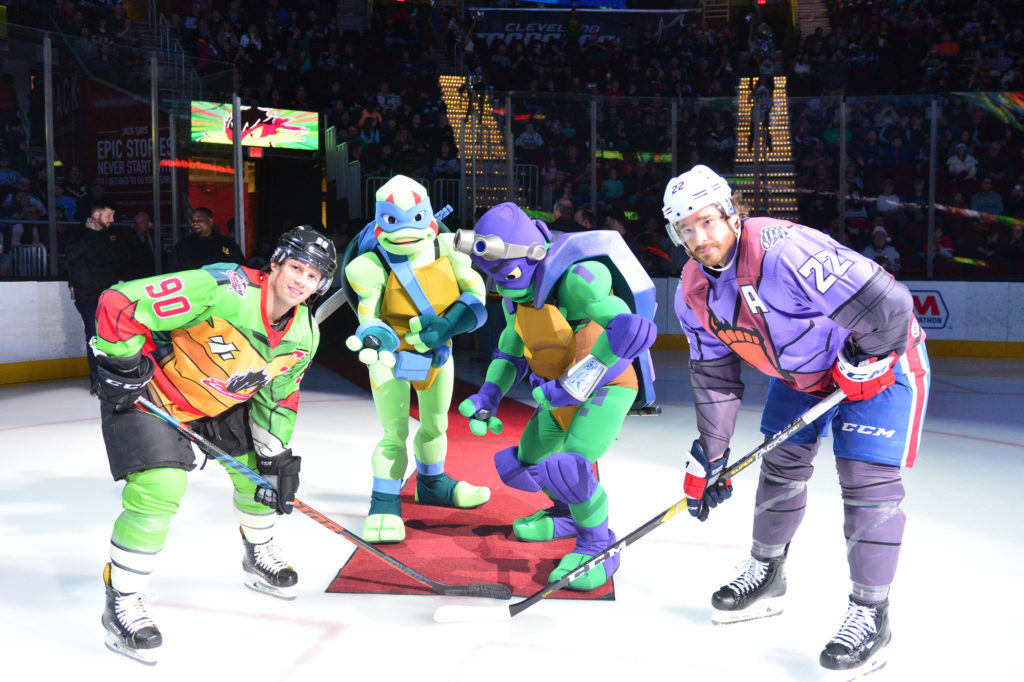 Matt Tennyson and Sean Malone were out of the game with unknown injuries and are considered day to day.

Vasily Glotov played in his first game of the season with the Amerks and only second of his career. He didn’t finish with any points or shots but was effective on the ice playing defensively.

Yannick Veilleux sat the game out for his first of a two game suspension.

The game in gifs:

Amerks up 1-0!! Guhle took the shot from the blue line, Nylander put the loose puck in the net. PP goal. pic.twitter.com/ezhbgQjd1h

Wayne Simpson puts the Amerks up 3-0!! Criscuolo won the face off, back handed pass, Simpson made a quick move to the net and scores. pic.twitter.com/GU0v3I0aux

4-0 lead with a 3rd PP goal of the night! Criscuolo from Olofsson and CJ Smith. pic.twitter.com/e1gp6OqznH

Just as a comparison, here's what D. Smith was given a roughing penalty for. Lower left, might miss it at first. That punch Redmond took right after this? Nothing called on that. pic.twitter.com/tDPje1FXqi