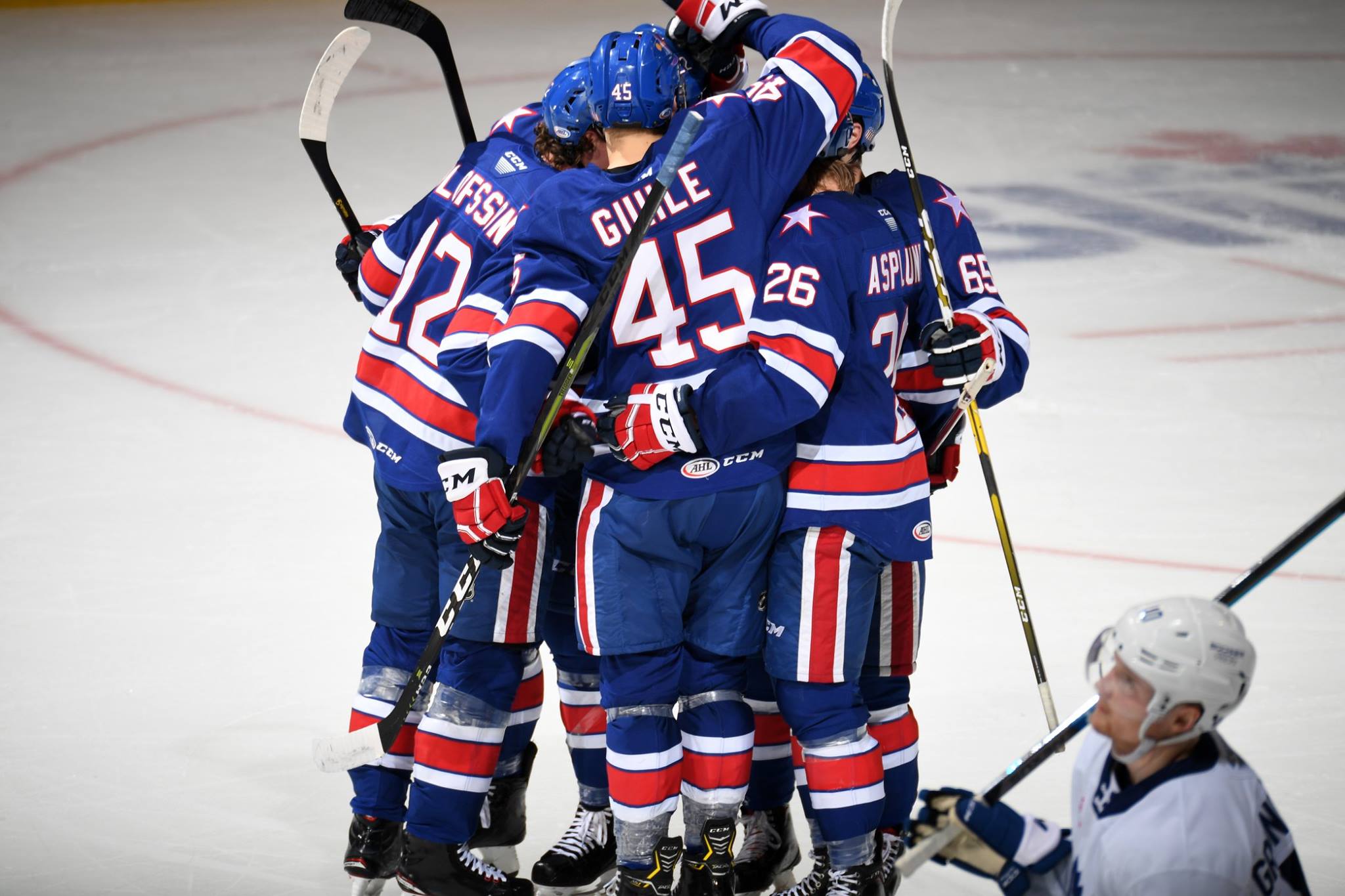 The Rochester Americans split the weekend with a controlling 5-1 win over the Toronto Marlies followed by a battle against Utica that resulted in a 4-3 loss.

In front of a crowd of just over 8,000 people the Amerks had goals from five different players along with strong goaltending again from Scott Wedgewood when they beat North Division rival Toronto Marlies. The first period was a back and forth game before the Amerks unleashed the goal scoring in the second period.Â Wayne Simpson, Zach Redmond, Brendan Guhle, and Justin Bailey all scored goals while the team only allowed one goal against. Simpson had scored short handed, Redmond scored on the power play. Danny O’Regan scored another power play goal in the third period to finish the scoring. Scott Wedgewood finished with 35 saves.

The team traveled to Utica on Saturday night where things didn’t go as well with the end result. Utica took a 2-0 lead in the first half of the first period and the Amerks had to play on their toes the rest of night trying to catch up. A turnover in the neutral zone and a five on three goal against were factors in those two goals against. The power play statistics did improve with two power play goals. CJ Smith scored late in the first to get the Amerks within a goal. There were no goals in the second. Eric Cornel scored a power play goal early in the third to tie the game.Â  An intercepted clearing attempt resulted in a quick goal byÂ Brendan Gaunce for the Comets to take a 3-2 lead.Â Darren Archibald gave Utica a 4-2 lead with 43 seconds left to secure the win. Justin Bailey scored with 12 seconds left in a last minute push but it wasn’t enough.