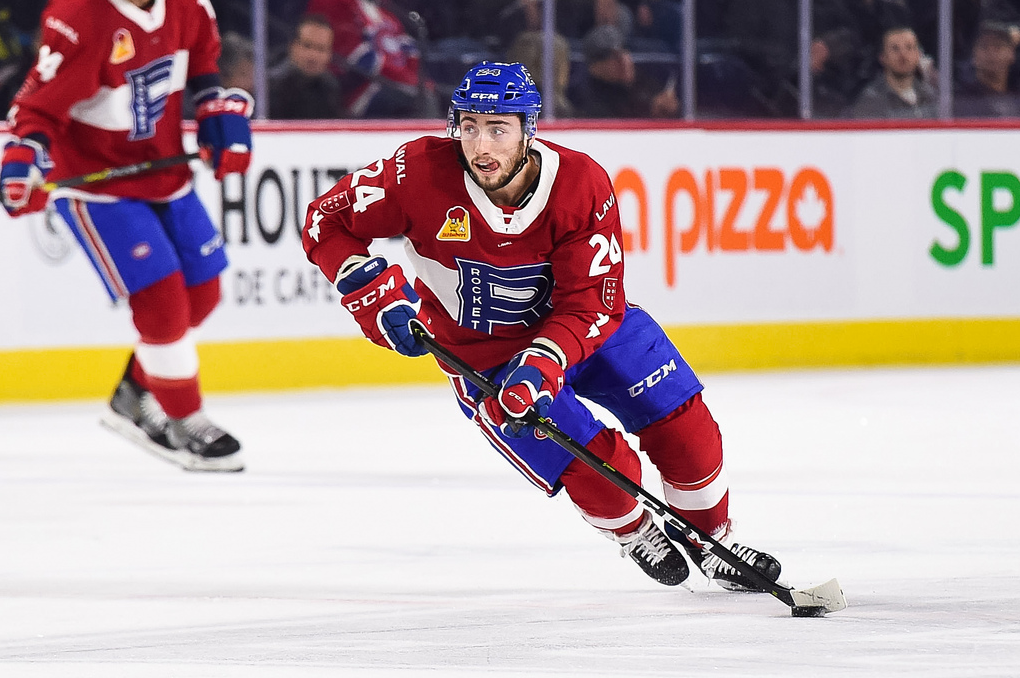 The Rochester Americans split the weekend road trip to Laval with a win on Friday night in a shootout followed by a one goal regulation loss in an afternoon game. They finished with four out of six points for the week with wins over Bridgeport and Laval.

The game was what one could expect in an afternoon contest after the teams just played into a shootout the night before, back and forth, and a physical game over speed and finesse. Rochester lead in shots the entire game with an almost two to one advantage finishing with 29 shots to Laval’s 15. All it took was one shot that a goalie couldn’t see to win the game.

Zach Redmond scored his team leading 16th goal of the season, also a personal record for him, to put the Amerks up 1-0 just over the halfway point of the first period. The power play goal came from a shot on the right side, a different place for Redmond to score from this season. Matt Tennyson circled behind the net, passed it to Danny O’Regan at the hash marks, a quick pass to Redmond and a waist high slap shot was in the back of the net.

Laval tied the game at 12:24 of the second period with a goal from Donald Audette after a scrum in front of Adam Wilcox. As Andrew MacWilliam and Brendan Guhle attempted to clear Audette from the front of the crease he was able to poke the puck into the net past Adam Wilcox. The goal was reviewed to determine if he kicked it in but it was determined to be a good goal.

The game winning goal was scored at the 6:50 mark early in the third period whenÂ Alexandre Grenier scored from the face off dot, a shot that Adam Wilcox never saw coming.Â NikitaÂ Jevpalovs of the Rocket parked himself in front of the net and tied up Matt Tennyson to setup a screen.

The 15 shots against was a season low for the Amerks but all it took was one screen and Laval won 2-1. Laval goalieÂ Connor LaCouvee had 28 saves for the win, many of which were right on his stick, pads, or chest. There were very few rebound opportunities or shots that he didn’t see coming.

Rochester will have a week of practicing before returning to game action Friday night at home versus Toronto and then travel to Toronto for a Saturday afternoon game.