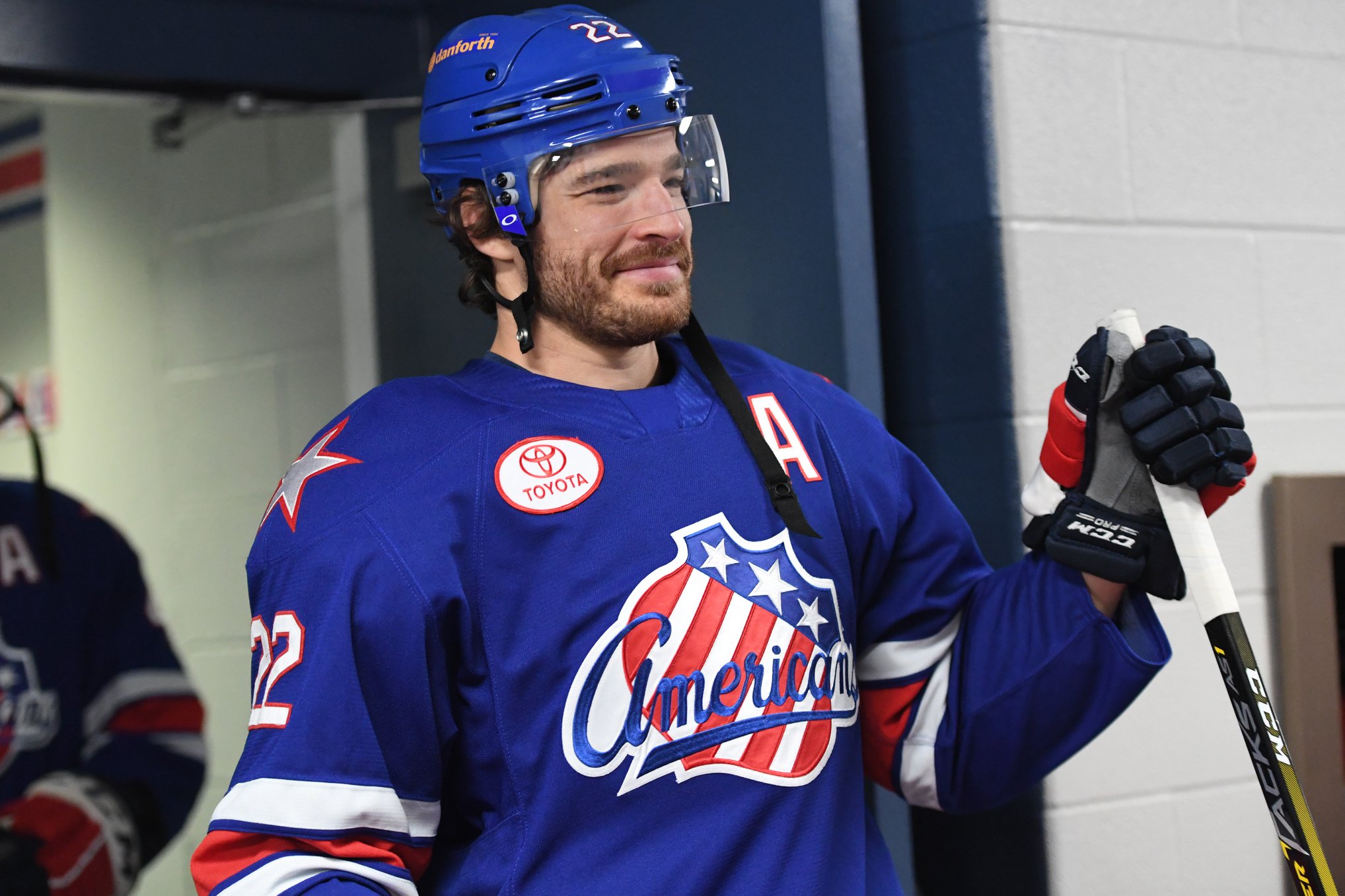 “It’s an honor,” Zach Redmond said when asked for his reaction to the recognition. “Those are good players, good company to be amongst, and a credit to the team we have.”

Redmond has had a career season with games still to be played. In 56 games he has 50 points (21G+29A) which surpasses last seasons career best 47 points (15G+32A) in 66 games. Redmond has been either number one or top five all season in the American League for points by a defenseman. He’s scored a team high 10 power play goals which is also ties him for the league lead for power play goals by a defenseman. Heâ€™s also tied for the league lead with nine game-winning goals while his 196 shots are the most by an AHL blueliner this season.

Earlier this season when he scored his 19th goal he broke a 46 year old Rochester Americans franchise record for goals by a defenseman. Rick Pagnutti set the original record with 18 goals during the 1972-73 season.

“I guess it’s been a pretty good year numbers wise,” Redmond said when asked about his career season. “The injury bug kind of got me late but it’s been a fun year and it’s only getting better from here.”

Chris Taylor said, “He’s deserved it and he’s had a great year. I just wish he was healthy for all of it because the awards would’ve kept on piling in for him.”

The night that Redmond broke the franchise record for goals in the regular season he also took an odd stumble along the back boards that took him out of the lineup with a lower body injury. He missed the next 11 games, played played 12 games, missed another six, and has been back since.

Zach Redmond was an incredible addition to the team last season. Prior to the season he signed a two-year American League contract to lead the Amerks going forward. Many ask why he isn’t playing in the NHL or why he wasn’t called up and the answer is simple – he has a lucrative contract to play with Rochester and lead the team versus trying to find his way into an NHL lineup.

When asked about being put in positions and scenarios to score big goals Redmond said, “You don’t get those numbers without playing quite a bit and playing in positions that you’re relied on to score. You have to produce to keep getting that opportunity. They let me start there and let me dictate my future.”

“He’s very humble about that. He’s put into situations that he’s deserved,” Chris Taylor said. “We’ve put him into situations that we knew he would excel at and he’s exceeded our expectations. He has to put the puck in the net, he has to make the plays, he has to play good defense, and he has to do all of those little things. It doesn’t matter what situation any player is put in, they still have to do it. He’s done an unbelievable job and has made our team a lot better inside the room and out on the ice.”

Redmond is very humble and often hesitates when asked about his numbers. He’s a league leading defenseman and dictated his future as an Amerks Hall of Fame player.

Here’s the list of first and second All-Star teams: 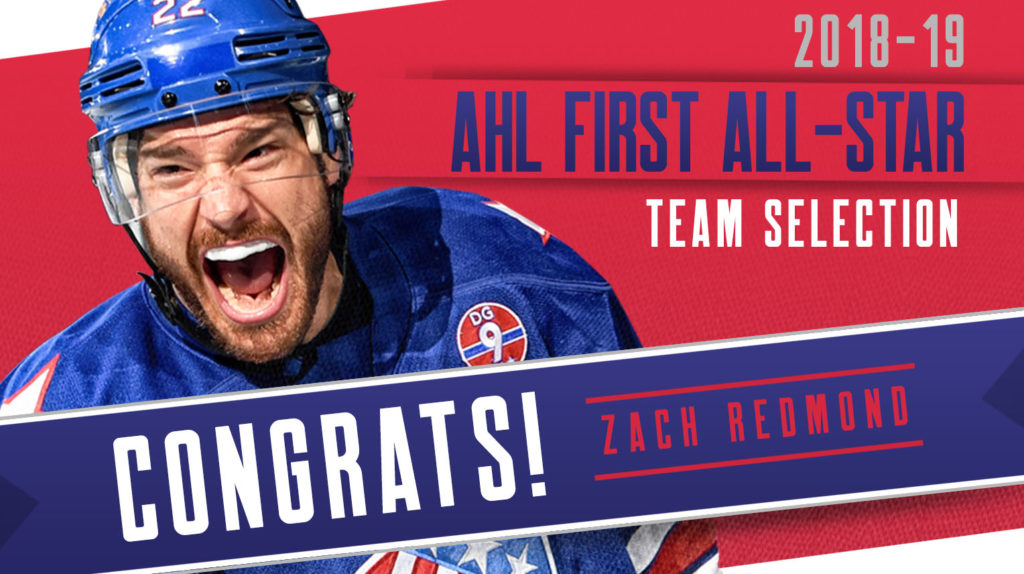