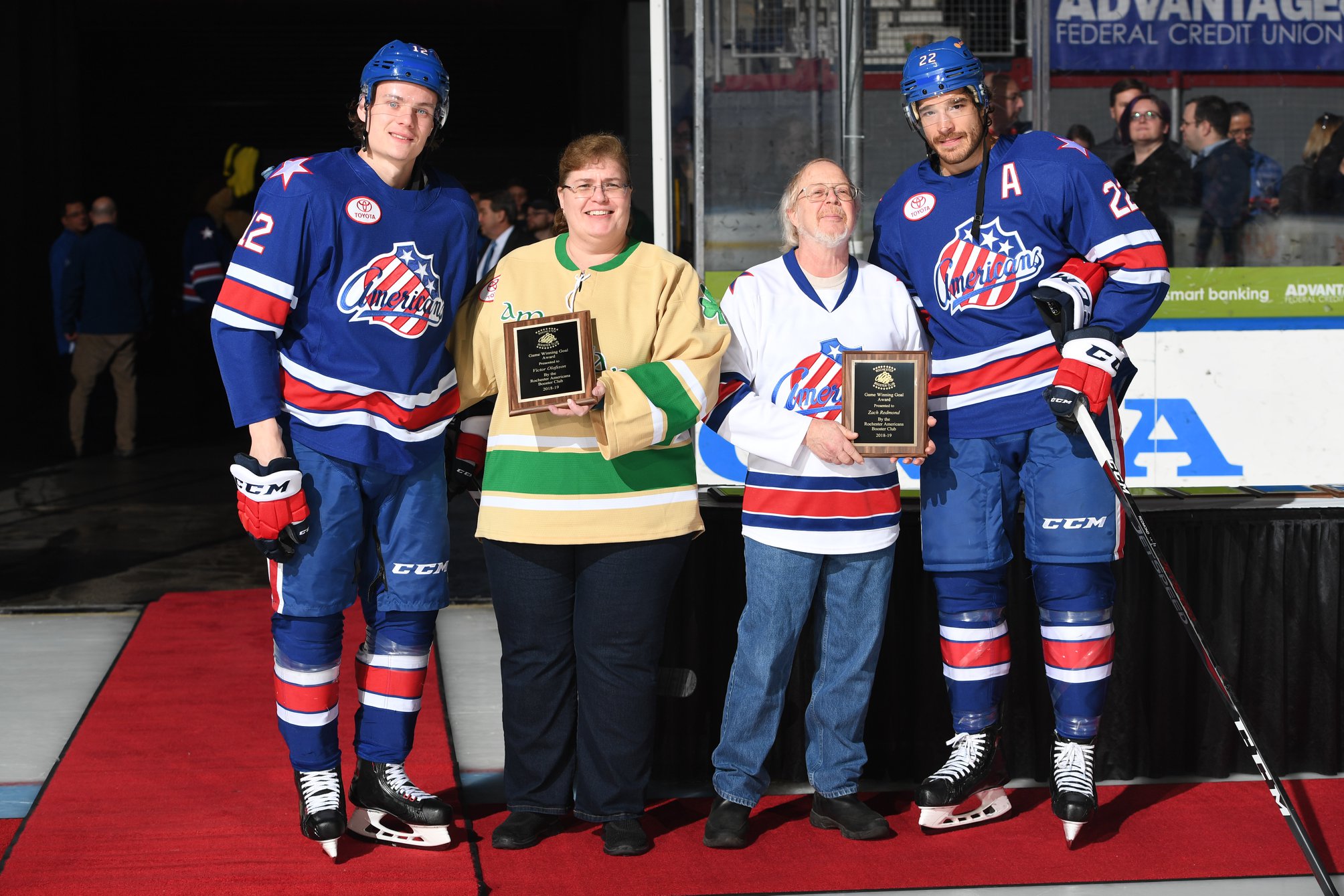 Before the start of the last regular season home game the Rochester Americans handed out team awards and Zach Redmond lead the way (no surprise) by winning three of them.

Most game winning goals: Zach Redmond and Victor Olofsson (both tied at 9)

Rookie of the year and most improved player voted by teammates: Rasmus Asplund

Fairand/Oâ€™Neil Sportsmanship award. It is based on the player who demonstrated sportsmanship and dedication to the organization: Danny O’Regan

Most Popular player voted by the Booster Club: Zach Redmond