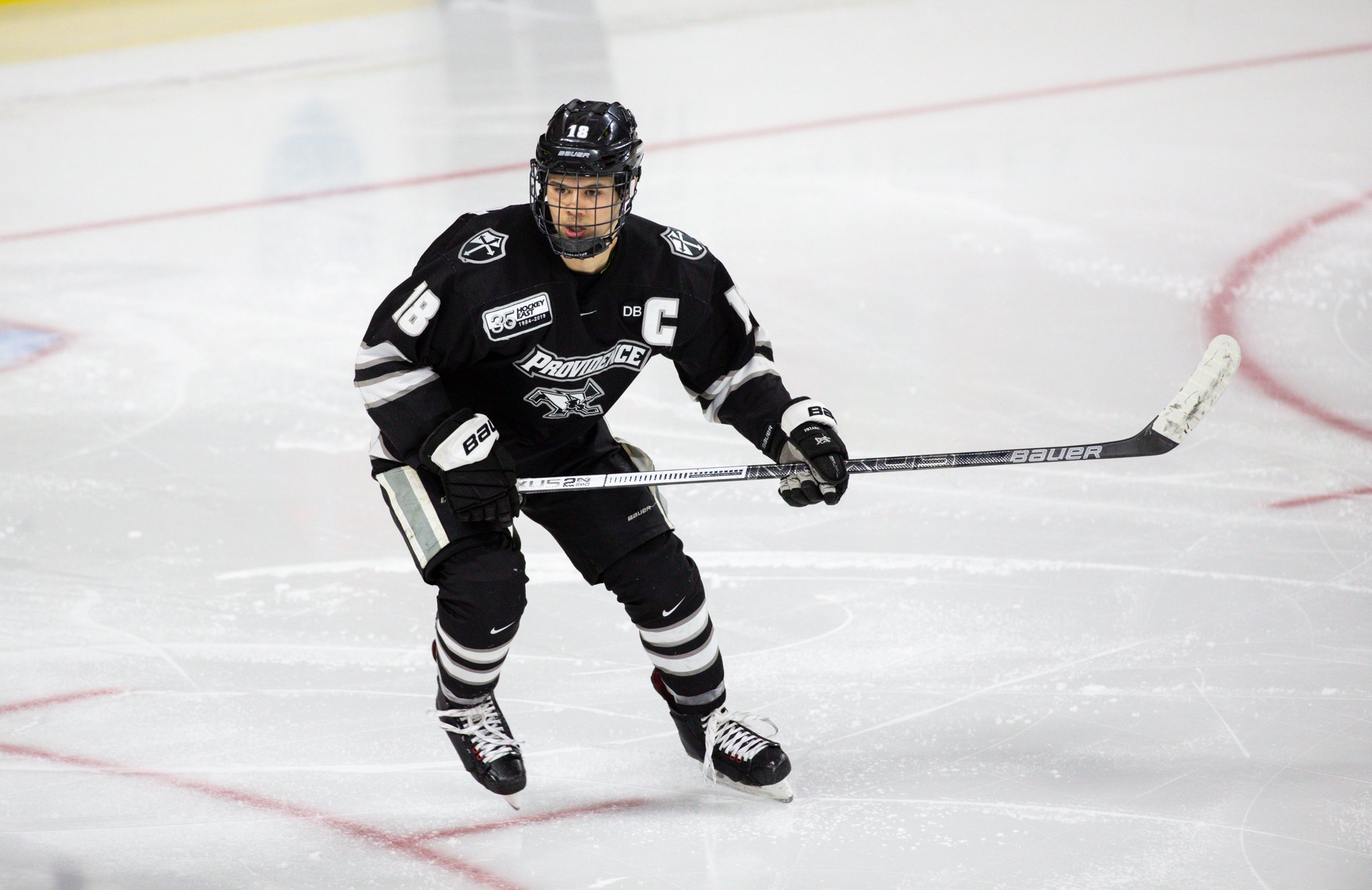 The Buffalo Sabres announced that defenseman Jacob Byrson has signed his three-year entry level contract for the 2019-2020 season and has also signed an Amateur Tryout with the Rochester Americans. The ATO contract allows him to join the Amerks be eligible for the 2019 Calder Cup playoffs.

Bryson completed his junior season at Providence College playing in 42 games where he had 28 points (4G+28A). In 121 games over three seasons he finished with 73 points (11G+62A).

He was drafted 99th overall in the 4th round of the 2017 NHL Entry Draft. At 5’9″ he’s a defenseman that is going to use his speed to his advantage.

Providence College recently lost to Minnesota Duluth in the Frozen Four for the NCAA title.

He’ll join the Amerks when they return to practice Wednesday in preparation for the 2019 Calder Cup playoffs.

Heading into the post season the Amerks now have 11 defensemen available on the active roster:

You can never have too many defensemen when you plan on playing for another two months.

In case you’ve missed it here’s some season recap articles:

Six Amerks Scored 20 Plus Goals, First time in Over 20 Seasons

Amerks Had Some Performance Anxiety on Home Ice