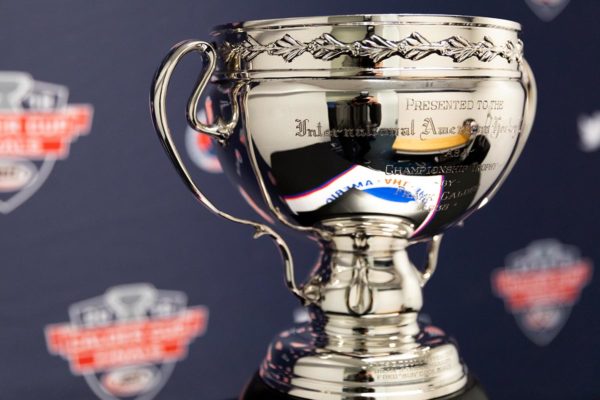 The Rochester Americans are going to the playoffs for the second consecutive season. Here’s all the first round details on who, when, where, how to watch, who’s playing, and even a guide on how much players get paid.

To win the Calder Cup. The Amerks were one of the best three teams all season in the American League. They didn’t just squeak into the playoffs. Everything can change in the playoffs but going in they have high expectations.

After practice Zach Redmond said, “You can feel the energy in the room. We’re thinking long term with this thing, no one is ready to go home.”

Head to head during the regular season the Amerks finished with a 5-1-0-0 record against the Marlies.

Talking to coaches and players they all went by the same message, the regular season had meaning then, it doesn’t have any meaning now. It’s a new season.

Round 1 is a best of five series.

As of Wednesday afternoon ticket sales had been ok but unless there’s a big surge over the next 48 hours the crowd size could be pretty mediocre for a team that was one of the best in the league all season. In other words – tickets are available, they aren’t going to sell out in Rochester.

Yes, Easter Sunday. The arena was not available 4/20 due to a Knighthawks game. Due to time limits for the first round this is when game two had to be scheduled.

All remaining rounds are best of 7.

First round road games in Toronto will be televised on MSG.

Our first-round road playoff games in Toronto will be televised on @MSGNetworks. Coverage will be available in both the Rochester and Buffalo markets!

AHLTV is the only option for home games in round 1. Round 2 to be updated. If the Amerks do make it to the third round we’ll see if PSE explores the options for a TV broadcast. It’s expensive to broadcast games (even for a billion dollar company) and the advertising dollars just aren’t there for American League games.

How’s the quality? Great! It’s not quite at NHL.TV quality but feeds have been crisp and clear. It’s an enjoyable experience. The service used in prior years was horrendous. If there were any issues with this that would be shared as well. No one asked me to write a pitch for the service.

All games are available on demand as well to go back and watch them.

First round is best of five. The math adds up that the best deal is to just buy an All Access pass for $24.99

Whenever you hear about a players salary it’s only for the regular season. The checks stop once the regular season is over. That means the first year player on an American League contract is now making the same as the veteran with a million dollar plus contract that has been buried in the minors.

There’s a catch though – the playoff pool is based on 22 shares meaning 22 players. Many teams, like the Amerks, have many more on the roster. At this time of the season that isn’t a concern for anyone. No one is going to have their phone shut off or get evicted. It’s time to win a championship.

The incentive to win is a championship, not a few extra dollars. But that doesn’t hurt.

This system also beats the old way where players were paid based off of ticket sales and in a league that typically has poor sales in the first two rounds it resulted in players barely making anything. It’s not about the money this time of year but you still want to get paid.

One thing thing we do know is that this Rochester Americans team is healthy. There’s two players on the injured list: Alex Nylander (day to day – lower body/leg cut – hasn’t practiced with the team since returning from Buffalo) and Andrew Oglevie (upper body – finished for the season).

* Listed in order likely to play

Casey Fitzgerald returned to school to finish some classes but is expected back.

Everyone listed is eligible to play.

Here’s a short video featuring scoring from Victor Olofsson to get you excited for what’s to come: