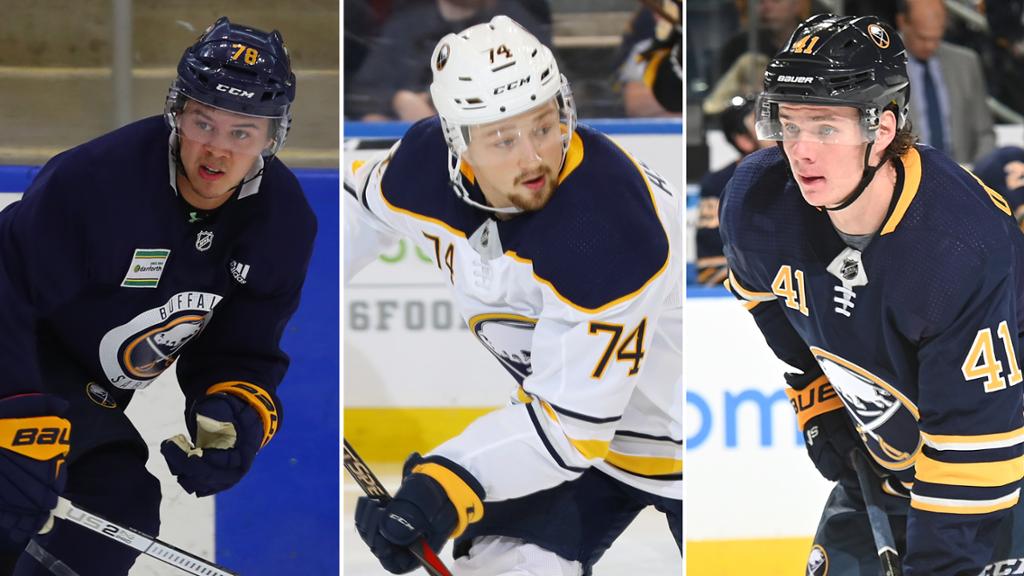 The Buffalo Sabres announced the teams full roster for the 2019 Prospects Challenge that will run from September 6 to 9 at Harborcenter in Buffalo. The Sabres prospects will be playing in three games against the New Jersey Devils, Boston Bruins, and Pittsburgh Penguins. All three Sabres games will be streamed live on Sabres.com.

A noticeable absence from the current roster is Dylan Cozens who had thumb surgery in July after an injury during development camp. He could still be added later in the week.

This will be the first chance to see Henri Jokiharju who was acquired in the trade with the Blackhawks in exchange for shipping Alex Nylander out of town. Based on the current Sabres roster it’s expected that he will start the season in Rochester.

Victor Olofsson is one of the biggest names in the group and will be expected to shine leading into training camp. His shot is what generates the most hype when he scores goals but take time to watch everything he does well away from the puck as well.

From a Rochester point of view keep an eye on Brett Murray and Andrew Oglevie in the three game series.

Brett Murray is a 21 year old forward that was drafted in the 4th round of the 2016 NHL Draft. He has the option of returning to college but as of writing this he hasn’t committed to a school. Returning to the OHL isn’t an option due to his age. The next option would be having a great weekend and earning an American League contract. He’s a strong forward that tallied 76 points (41G+35A) in the USHL last season. Will that translate into the pro game?

Andrew Oglevie had a rough 2018/2019 season dealing with concussions that had him out of the lineup for the majority of the season. When he was healthy later in the season and did play we saw the potential in his game. The speed and hands are there, now we need to keep a bubble around him.

Arttu Ruotsalainen (add that name to your auto correct now) will be competing for a roster spot with the Sabres but that doesn’t happen he’ll return to Finland for the season.

The list could go on in the potential of every player on the roster. 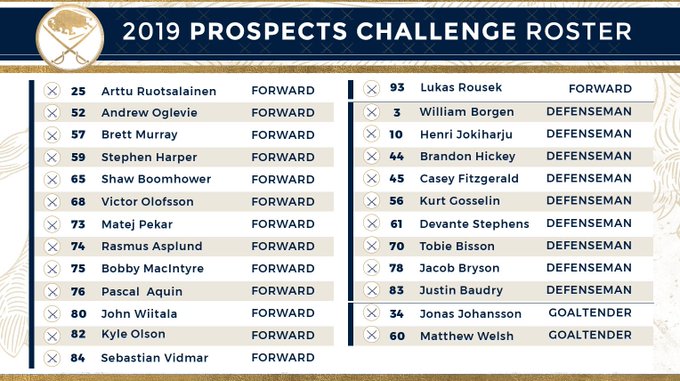 Schedule for all of the games: