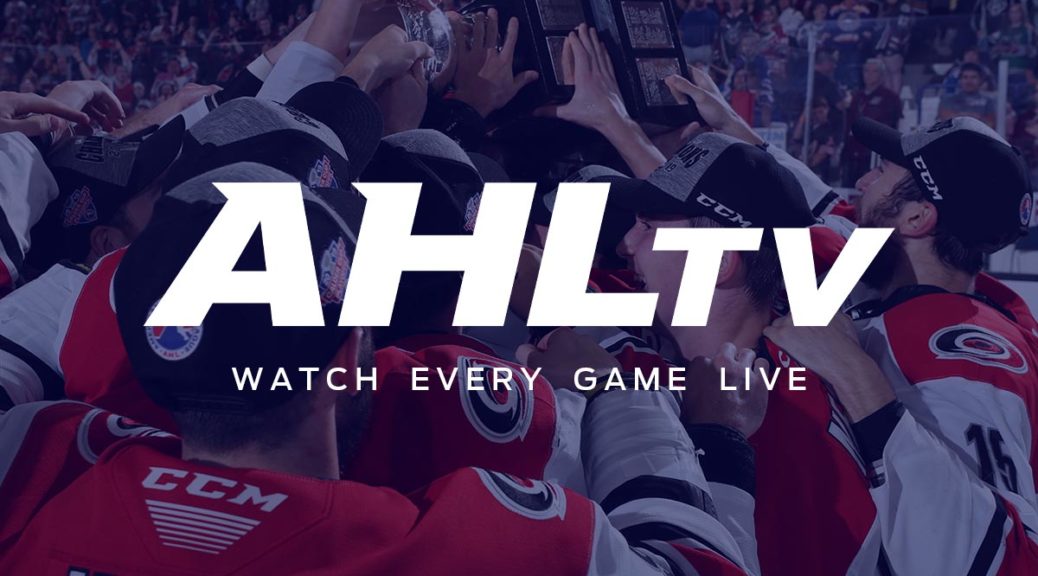 The AHL announced packages to stream games for the 2019-20 season and the prices have remained the same from last season. They’ve also announced a new package that also includes all playoff games, something that wasn’t available at the start of last season.

AHLTV had a successful first season with very few complaints. Streaming quality was always pretty good and anytime there were issues the support team was prompt in addressing them. If you’re looking to watch AHL games these packages are worth the money.

Check out all the details below and a link to sign up.

New for 2019-20,Â AHLTVÂ has introduced an all-access pass that includes both the regular season and the Calder Cup Playoffs: subscribers can watch every league game from opening night in October until the Calder Cup is raised in June for just $99.99 (USD). 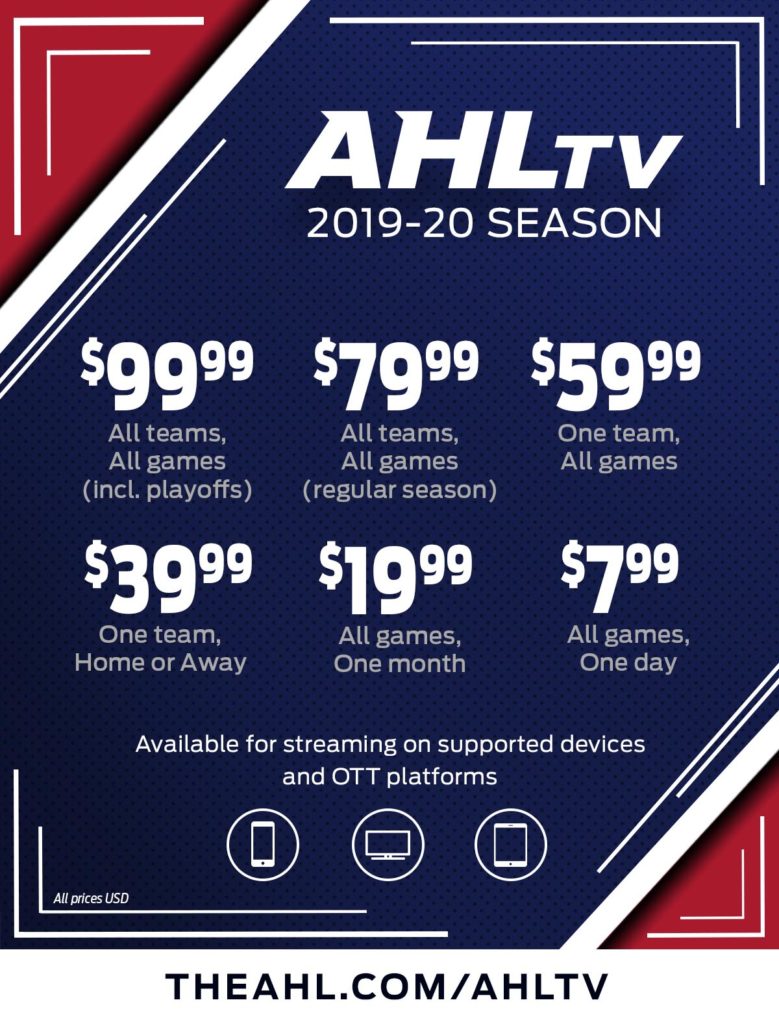 More than simply a means to watch games,Â AHLTVÂ uses HockeyTechâ€™s leading technology to form a full digital ecosystem in which data and video are integrated to create an experience unique to each user. Game feeds are seamlessly combined with the AHLâ€™s statistical database from LeagueStat to provide real-time scoring updates for fans as they watch. Viewers are also able to capture and save their own highlight clips to share with otherÂ AHLTVÂ users within the platform.

In addition to the standard produced video feeds,Â AHLTVÂ games also feature HockeyTechâ€™s ViPr system of video production, with every arena outfitted with a camera that captures the entire sheet of ice in one high-definition, undistorted, panoramic view. Viewers watchingÂ AHLTVÂ through the AHL mobile app can control what they see by pinching, zooming and tilting their phone.

Fans can visitÂ theahl.com/AHLTVÂ now to register for a freeÂ AHLTVÂ account and to purchase subscriptions for the 2019-20 season.