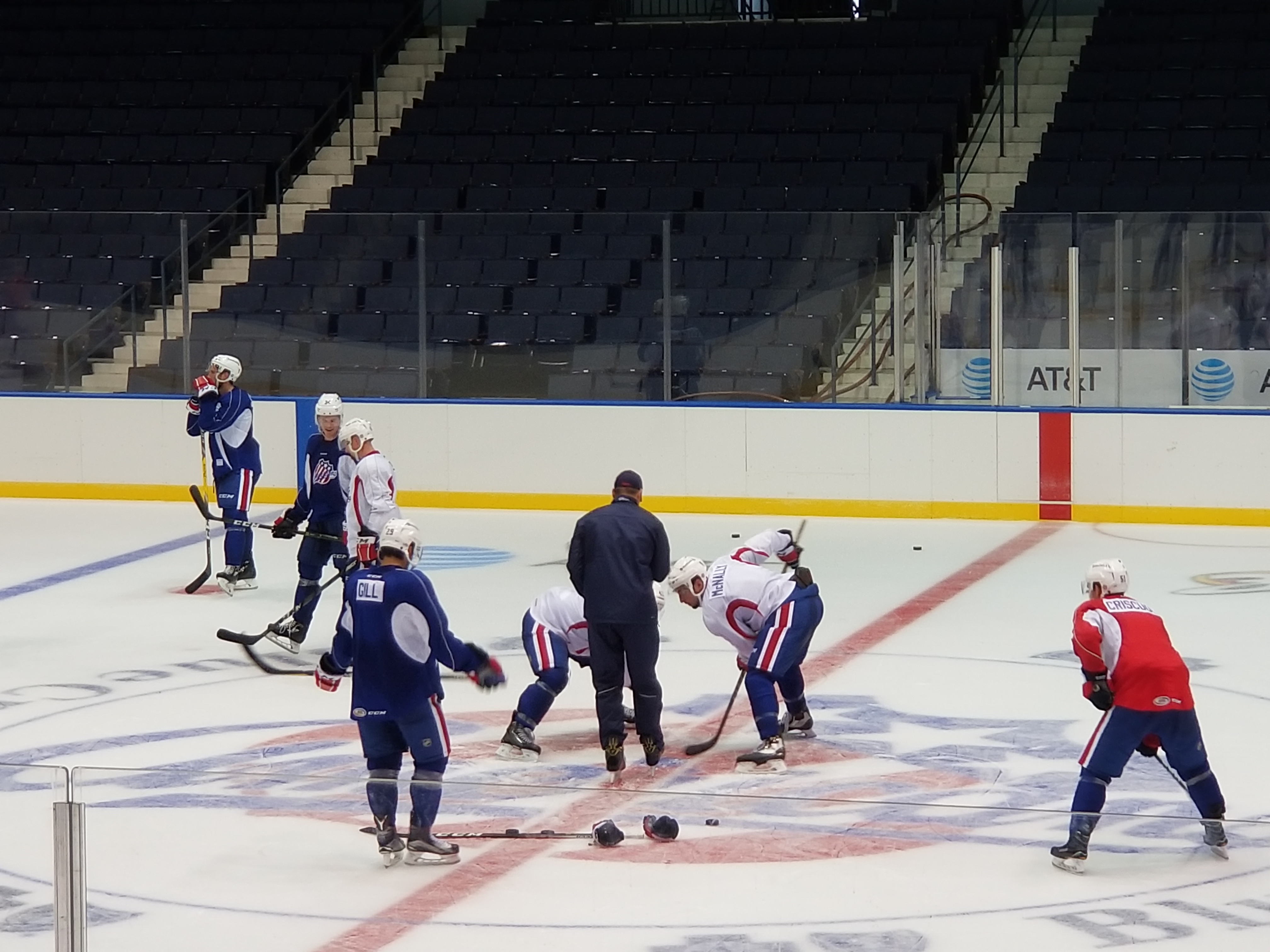 Only a few days until the Rochester Americans begin the 2019 season. The team issued the following press release below that provides details on the first week of training camp. All practice dates are open to the public.

Heads up – if you show up and the doors to the arena are locked just stop in the office.

Third-year Amerks head coach Chris Taylor will have his team take the ice starting at 12:30 p.m. on Monday, Sept. 23 for the first official practice of the 2019-20 American Hockey League season. Practice sessions for the remainder of the week will start at 10:30 a.m. The Amerks will also hold morning skates beginning at 10:00 a.m. on Thursday, Sept. 26 and Friday, Sept. 27 at The Blue Cross Arena prior to each of their preseason games.

Rochester plays its first of three exhibition contests on Thursday, Sept. 26 at 7:00 p.m. when they host the Syracuse Crunch at the Gene Polisseni Center on the campus of Rochester Institute of Technology (RIT). The 4,300-seat Gene Polisseni Center is home to the RIT Menâ€™s and Womenâ€™s NCAA Division I hockey teams.

The Amerks then meet the Toronto Marlies in the first half of a home-and-home series on Friday, Sept. 27 at LECOM Harborcenter in downtown Buffalo at 7:00 p.m. before the action shifts north of the border on Sunday, Sept. 29 for a rematch between the two teams at Ray Twinney Complex in Newmarket at 4:00 p.m.

All tickets for the game at RIT will be General Admission and will be available for purchase for just $5 at the Polisseni Center Box Office or online at www.amerks.com/rit. RIT students can purchase tickets for $3 while all Amerks and RIT Season Ticket Members will receive complimentary tickets to the game. Please contact the Amerks Main Office at 585-454-5335 to request your tickets.

Tickets for the game at Harborcenter are available for $10 each for General Admission seating with free tickets also available for all Amerks and Buffalo Sabres Season Ticket Members. Ticket cans can be purchased at www.amerks.com/harborcenter or at the KeyBank Center Box Office.

Coaches and players will be made available to the media immediately following each practice session.

The schedule for the first week of Amerks 2019 Training Camp is as follows (times and locations subject to change):

Rochester begins its 64th American Hockey League season, presented exclusively by Seneca Niagara Resort & Casino, at home on Friday, Oct. 4 against the Syracuse Crunch at The Blue Cross Arena. Amerks 2019-20 Season Ticket Memberships, which start as low as just $14 per game, are on-sale now. Full-season ticket member benefits include, but are not limited to, Riverside Club VIP Room access with Amerks Alumni, family meet and greet and annual Skate with the Players event, an exclusive preseason Ice Breaker Party and much more. For more information, visit www.amerks.com or call 1-855-GO-AMERKS.