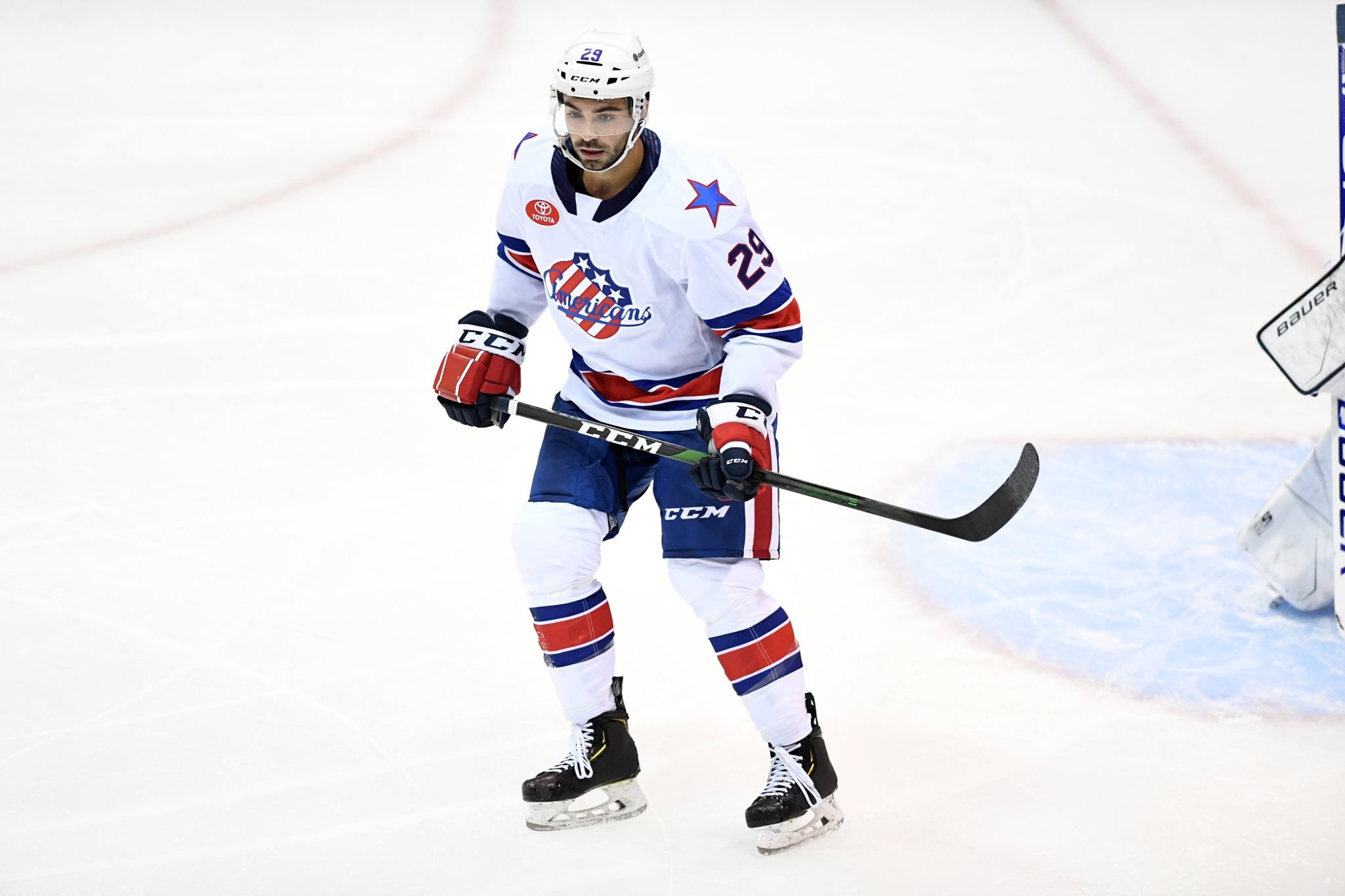 A big hit hit by Dalton Smith less than 90 seconds into the game and a goal by Justin Baudry at 8:16 of the first period were two of the three big highlights for the Rochester Americans in their 4-1 loss against the Syracuse Crunch to start the preseason. The third highlight was a quick fight at 12:50 of the first period between Amerks forward Mason Mitchell and Crunch defenseman Matthew Spencer.

Mason Mitchell earned an extra roughing penalty from the scrap and Syracuse took advantage scoring on the power play to tie the game at one. Syracuse would go on to score three more goals in the 4-1 win. Otto Somppi, Mitchell Stephens, Ryan Lohin, and Jimmy Huntington were the four goal scorers for the Crunch.

Jonas Johansson started the game and played 33:05 allowing three goals on 19 shots. The first goal was a one timer, the second was a quick wrist shot he may have been screened on, and the second he’d love to have back. Mitchell Stephens was down low on the goal line and snuck it through the five hole. Michael Houser finished the game playing 23:55 and allowed one goal on eight shots.

After the game Chris Taylor said he thought the game started well and overall the compete went well but it came down to the penalty kill and a young lineup.

The Amerks dressed a lot of young players especially on defense and that’s what would be classified as a learning experience for everyone. A win is always preferred but in a first preseason game like that a loss isn’t anything to be concerned about.

Defenseman Nathan Paetsch was steady on the blue line as expected. Forward Sean Malone was one of the best skaters on the ice for Rochester but was unable to create scoring chances.

For players looking to make an impression Justin Baudry got a start with the goal. Following that the speed of the game seemed to be just ahead of him but he can get there. John Wiitala had an assist on the Baudry goal and likely opened the eyes of the Cincy goes for his time ahead. The physical play by Mason Mitchell matched the intensity of the game at times.

Rochester plays their second of three preseason games Friday night at Harborcente33333333r in Buffalo at 7pm against the Toronto Marlies. Oh wait, it’s now the LECOM Harborcenter. Chances are few people in Buffalo even know that the Amerks are playing.

The preseason finishes Sunday afternoon in Newmarket, Ontario with another game against the Marlies.

1 thought on “Recap: Amerks Start Preseason with a Loss to the Crunch”