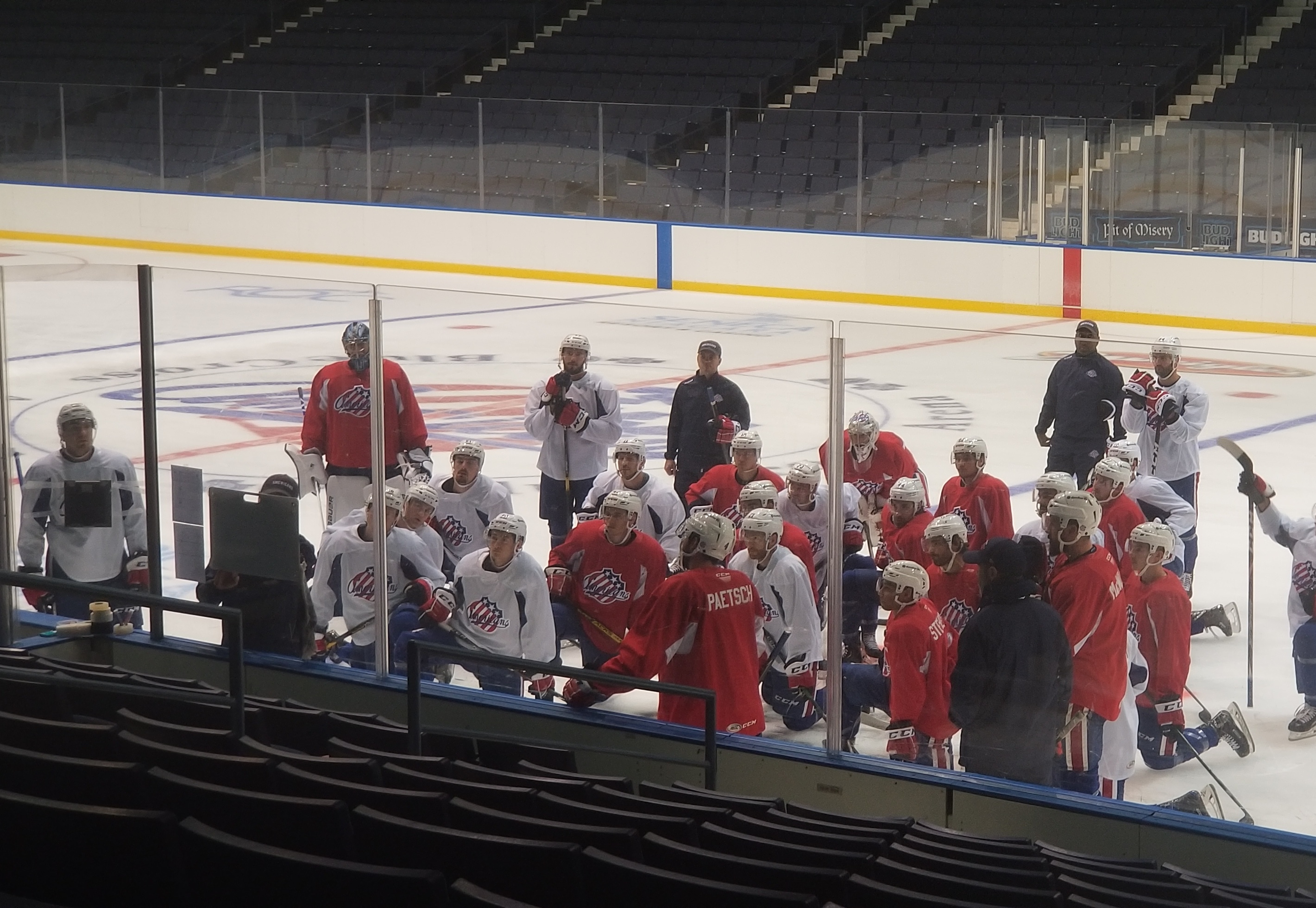 It’s a familiar story line – the Rochester Americans will host the Syracuse Crunch. A heated rivalry that has grown over the last two seasons now that both teams are competitive at the same times. Puck drops at 7:00pm tonight at the Gene Polisseni Center on the campus of Rochester Institute of Technology (R.I.T.).

Syracuse won the North Division title last season and was upset by the Cleveland Monsters in four games of the first round best of five series. Rochester finished in second place and was swept in the first round by the Toronto Marlies. The season ended too soon for both teams, something that still lingers in the minds of those who played.

You don’t win a championship in September or even come close to clinching a playoff spot but both teams have established foundations of winning hockey and even though it’s preseason a win is expected. That sounds great but the reality is that American League preseason games are often sloppy and without much chemistry and players are looking to showcase themselves and standout. The result of a game like this is in no way an indication of how the season will go.

“We definitely want to see some push back from our guys,” Chris Taylor said when asked what he’s looking for in this game. “I know it’s exhibition and everyone trying to get their feet on the ground here. I expect us to come out hard and we don’t respect a team we have to play 12 times. We want to make sure we’re doing everything we can to start off the way we want to.”

The Amerks lineup you’ll see tonight isn’t going to be the same lineup you’ll see next Friday on opening night. While the quick talk is about the rivalry and winning the focus is really on seeing how players will fit in that the coaching staff hasn’t previously worked with.

Taylor talked after that one of the things they’ll be looking for things like who is a power play player, who is a penalty killer, and looking at the Cincinnati players and how they may fit in down the road if a call up is needed. The coaches will also be watching as some players play an American League game for the first time and how they adjust to the speed of the game.

Here’s some names to watch for in the game.

The staff has liked what they’ve seen so far from Brett Murray at center and the adjustments he has made along the way to improve. He’s currently at camp on a tryout playing for a contract. The organization as a whole has made an investment into him as a player so it would be surprising if he doesn’t at least start the season on a PTO (professional tryout).

Kyle Olson performed well with the Buffalo at the Prospects Challenge and is also playing for his first pro contract as well. Olson can return to juniors for one more season which is likely the case where he’ll lead the Tri-City Americans.

Jacob Bryson will likely be a top six defenseman in Rochester and John Wiitala heading to Cincinnati next week.

Defenseman Connor Hall is another training camp invite and former Pittsburgh Penguins draft pick. The Penguins drafted him 77th overall in the third round of the 2016 draft. Injuries last season had him fall off the radar in the Penguins organization but he’s a player that Randy Sexton is familiar with and they’re also seeing where he’ll fit in.

Jarrett Burton will make his debut as a Rochester American tonight after spending parts of the last four seasons with the Wilkes-Barre/Scranton Penguins.

We aren’t going to see any veteran players tonight or bubble players that were recently reassigned to Rochester from Buffalo and had to go through waivers. There’ll be familiar names like Dalton Smith, Sean Malone, Eric Cornel, Andrew Oglevie, Brandon Hickey, and Casey Fitzgerald among many others.

Jonas Johansson will likely get the start in net for Rochester with Michael Houser backing him up.

All tickets are general admission. $5 for the general public, $3 for RIT students. Tickets can be purchased online here or even easier just pay at the door. It won’t be a sellout crowd.

Rosters for tonight (not everyone listed is playing):